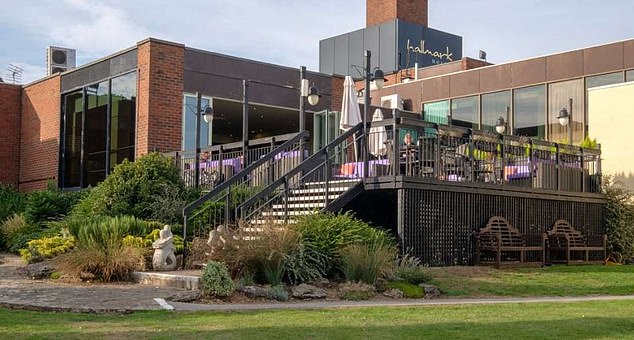 A hotel in East Yorkshire is prohibited from housing asylum seekers after a council obtained an interim injunction from the High Court.

Today, East Riding of Yorkshire Council stated that it has petitioned the High Court to ban asylum seekers from temporarily using the Hull Humber View Hotel in North Ferriby.

Attached to the front of the hotel and dated October 28, the injunction seen by the BBC prohibits asylum seekers from staying there until a hearing on November 7.

Additionally, the injunction prohibits the use of any additional hotels in East Riding of Yorkshire to house asylum seekers.

The hotel, which boasts 95 rooms, a gym, and a helipad, has been under intense criticism in recent weeks, including from former cabinet minister and constituency MP David Davis, who deemed it “completely inappropriate for this type of accommodation.”

East Riding of Yorkshire Council announced today that it has petitioned the High Court to prevent the Hull Humber View Hotel in North Ferriby from being used temporarily by asylum seekers.

He said that it lacks the necessary support services for migrants.

Julie Abraham, a North Ferriby councilwoman, confirmed that the hotel had been served with an injunction.

Mr. Davis also disclosed that a number of residents were worried about the proposed changes.

Since the Home Office made us aware of the proposals, the East Riding Council and I have opposed them, he continued. He stated that the Home Office’s actions were “very unacceptable and inappropriate.”

Before the injunction was imposed, Councillor Corless stated that she had not received “formal confirmation” that the hotel will be used.

She asserted, however, that if the rumors circulating in the town and on social media were genuine, “people should have been told.”

She told the BBC, “It is a considerable walk to the nearest village.” It is a little community with three or four shops.

“The distance to Hessle is considerably longer, and they would have to cross a dual road. These asylum seekers have very little money and no means of transportation.

It would be quite challenging to occupy their time. They are prohibited from working, thus they are idle. There is nothing worth considering.

When the hotel’s website stopped accepting reservations and a couple was informed on October 27 that their wedding reception had been canceled owing to a government contract, there was cause for concern.

In two weeks, Dean Turner and Charlotte Townend are scheduled to wed.

One Hull resident told Hull Live: ‘Earlier this year, the hotel stated a desire to increase resident involvement in the business.’

Now this has occurred in full secrecy, and it is troubling that only the hotel and the Home Office were consulted.

“I believe that asylum seekers may be put in far superior hotels and other facilities. North Ferriby is a small village without many stores or transportation connections, therefore it makes little sense.

The Home Office stated that it does not comment on specific sites utilized for asylum housing.

However, it stated in a statement, ‘The number of people arriving in the United Kingdom who require shelter has reached record levels, putting enormous strain on our asylum system.

“The use of hotels to shelter asylum seekers is wrong; there are currently over 37,000 asylum seekers staying in hotels at a cost of £5.6 million a day to the British public.”

The use of hotels is a temporary solution, and we are working diligently with local authorities to find suitable housing.