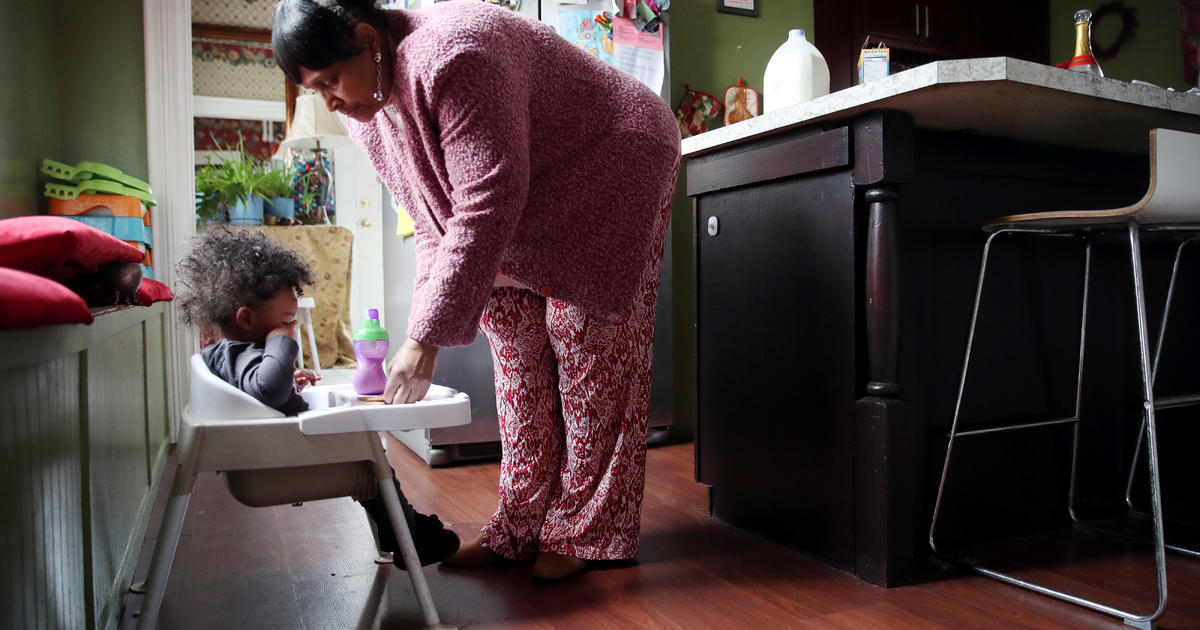 In the past year, the 3-year-old son of Kathryn Anne Edwards skipped a total of 47 days of child care.

Two outbreaks of the dreaded hand, foot, and mouth disease among preschoolers followed one another. The labor economist’s sicknesses were so troublesome that she resigned from her full-time position at the Rand Corporation, a think tank. She went to independent contract employment a month ago in order to have greater flexibility to care for her son and 4-month-old daughter.

During the first and even second year of the COVID-19 pandemic, it was customary for many Americans, particularly children, to be quarantined and isolated for multiple weeks. However, nine weeks of missed child care almost three years ago?

Edwards, a scholar of women’s issues, said, “The rest of the world has moved on from the crisis I’m still in.” Occasionally, I have the same impression.

The “Tripledemic” is producing a shortage of children’s medications 02:00

This fall and winter have disrupted the lives of working parents with young children who believed the worst of the pandemic had passed. The delivery of immunizations for younger children and the termination of COVID-19 exposure quarantines were expected to provide respite.

Instead, families were experiencing what some refer to as a “tripledemic” Cases of influenza, COVID-19, and respiratory syncytial virus converged, putting a strain on children’s hospitals and endangering an already vulnerable child care system. Even parents of infants with milder COVID-19 infections have encountered 10-day isolation regulations that have tested the patience of employers.

Bureau of Labor Statistics data reveals that a record-breaking 104,000 individuals missed work due to child care issues in October, surpassing even the early pandemic levels. In November, the number of child care-related absences decreased to 59,000, but the figure still exceeds usual pre-pandemic norms.

The unpredictability has harmed the budgets of many working parents. According to an analysis by the Center for American Progress, a left-leaning think group, the majority of people who missed work in October due to child care issues were not compensated.

Now, doctors are anticipating an increase in the number of sick youngsters following the holiday gatherings of relatives.

Dr. Eric Biondi, director of pediatric hospital medicine at the Johns Hopkins Children’s Center in Maryland, stated, “I believe we will need to be prepared to do it all over again.”

Illnesses among teachers and children have strained an already understaffed child care system.

Shaunna Baillargeon, proprietor of Muddy Puddles Early Learning Program in Uxbridge, Massachusetts, stated, “This is the worst year I’ve ever seen in my entire life.” She confronts “a daily struggle with staff and students being sick with a different virus” and has no back-up teachers if a teacher calls in sick.

Since October, the daycare where Jana Williams teaches in Washington, D.C. has been closed practically weekly due to illness. Her 19-month-old daughter is also enrolled there and is exhibiting similar symptoms.

Before Christmas, when her ill toddler kept her at home, she remarked, “It’s stressful.” “You wish to care for your child at home. Then, though, you have to get to work.”

During the first few months of the epidemic, women in the prime of their careers exited the work force at a significantly higher rate than men. Edwards stated that they were more likely to work in service-oriented industries that were decimated, and that women frequently cared for children.

Since then, women have returned to the labor, particularly women of color, according to KPMG economist Diane Swonk.

Women in their prime struggle to return to the workforce.

Swonk stated that the U.S. trails behind the majority of developed nations in terms of the proportion of prime-age working women. Advocates have long criticized the lack of universal preschool and paid family leave in the United States.

Finding child care and returning to work has proven difficult. At the height of the epidemic, more than one-third of day care employment were lost, according to Edwards. The workforce has not entirely recovered. According to data from the Bureau of Labor Statistics, in November there were 8% fewer child care employees than before the pandemic.

Strong labor market conditions have increased the cost of hiring new employees. This indicates that child care spaces are expensive and scarce. When staff or children are unwell, even centers with vacancies may close.

The fact that infants and toddlers are susceptible to disease compounds the difficulty. As a result of COVID-19, day cares are more hesitant to accept a contagious kid.

Isolation regulations have affected parents of infants particularly hard. While older preschoolers with COVID-19 may return to school wearing masks after five days, the Centers for Disease Control and Prevention advise that children under the age of two remain at home for ten days or until they test negative twice within 48 hours.

Masks are not suggested for children under the age of two. According to the Nationwide Children’s Hospital in Ohio, their smaller airways increase the risk of asphyxia while worn.

Not all centers adhere to the CDC’s recommendations. However, many adhere to it to the letter and even go further.

In May, when Chicago schoolteacher Tamisha Holifield and her daughter contracted COVID-19, the toddler missed 15 days of daycare. Holifield has described the subsequent bouts of illness as a “continuous maelstrom” that has been financially and emotionally taxing.

“It’s a significant nuisance. However, as a single mom, I have no choice. If I lose the ball, we lose the game “Holifield stated.

Disease-related disruptions can have widespread impacts on young children. Dr. Sherri Alderman, a developmental-behavioral pediatrician, stated that overly-stressed parents might be a source of stress for their infants, which can lead to sleep, gastrointestinal, or socializing issues.

The issue has also put employers under stress. Brad Lukas, chief nursing officer of Michigan’s Corewell Health Beaumont Grosse Pointe Hospital, has witnessed eight or nine nurses calling out per shift, some due to sick children.

“Many people are cutting back on their hours,” Lukas remarked. His wife has reduced her nursing shifts so she may spend more time at home with their small children.

The continuous instability for young families is isolating, especially when the lives of other Americans have returned to normal, according to Lauren Hipp, early learning director of MomsRising.

Hipp, whose own 2-, 6-, and 8-year-old children have been afflicted with illnesses, including RSV, stated, “I feel fairly irritated about it.” Feeling as though society has passed you by is a painful and isolating experience.

»Continued disruptions in child care persist for many working parents«