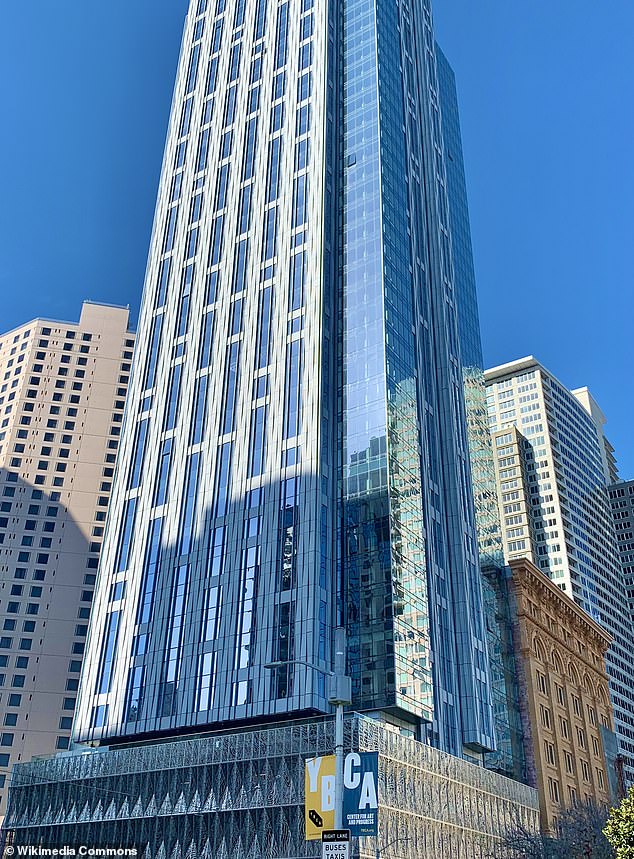 Downtown San Francisco luxury apartment prices have been plunging as the city’s crime rate continues to spiral out of control and as more and more tech professionals opt to work from home.

According to a recent analysis by real estate firm Compass, the median sale price of a two-bedroom condo in the downtown region of Golden Gate City has fallen by 16 percent since 2021, while sale prices in outlying areas have fallen by only 7 percent.

Chief market analyst of the organization, Patrick Carlisle, ascribed the quick decrease in property prices to the area’s high crime rate and expanding homeless population, while high-earning IT professionals leave for cheaper locales.

The allegation comes just a few months after it was disclosed that the ultra-luxurious Four Seasons Residences in the city sold only 13 of its 146 units in the two years following the building’s debut. Prospective purchasers, such as Steph and Ayesha Curry, have shunned the high-rise, in which units cost up to $49 million. The Four Seasons Tower Residence sold only 13 of its 146 units in its first two years of operation.

After four years of construction and an estimated $500 million price tag, the building released its units for pre-sale in 2020. It offered numerous amenities, but was unable to attract inhabitants due to the city’s homelessness epidemic.

San Francisco has constructed two drug treatment facilities in the Tenderloin and SoMa neighborhoods, which, according to locals, have done little more than bring scores of dangerous addicts to the streets.

The January opening of the government-funded facility was advertised as a place where drug abusers may consume drugs securely and get treatment for their addictions.

But it swiftly deteriorated into anarchy and was closed earlier this month after costing $22 million – ruining the once-golden reputation of San Francisco as a tourist and business destination.

Since the pandemic struck in 2020, a large migration has occurred in the metropolis known as Silicon Valley, and many office premises have been abandoned.

This indicates that the city’s streets have grown increasingly unsafe, with many residents avoiding the downtown walkways out of fear of a violent encounter with one of the numerous vagrants and drug addicts who have taken over.

‘San Francisco went from one of the hottest office markets in the country to one of the weakest,’ Carlisle told the San Francisco Gate, adding: ‘High tech professionals were the most likely to say, ‘Well, if I can work from anywhere, I’ll relocate somewhere where housing costs 90 percent less.’

Since then, it has deteriorated into a crime paradise, where thieves would break into stores and steal stuff in broad daylight and homeless people are seen taking drugs on the streets, sometimes in the path of youngsters walking home from school.

This escalating rise in homelessness and criminality has impacted the ambience of ‘quality of life’ that the downtown once provided, according to Carlisle.

For the downtown condominium market to make a comeback, he told the Gate, downtown offices would need to begin filling up again.

Despite the city’s reversal of the mask rule earlier this year, the downtown occupancy rate was one of the lowest in the country at 39 percent in late September, according to a recent report.

In March, San Francisco relaxed its mask requirement, yet people continue to work from home.

In October, Michelle Tandler, the founder of the professional development organization Growth Path, observed that almost every street was nearly devoid of vehicles and people.

The native San Franciscan viewed the absence of liveliness on the streets as foreboding and expressed alarm about it. A survey revealed that only 39% of downtown San Francisco’s offices were occupied.

Massive layoffs at internet companies, such as the ones at Meta under Mark Zuckerberg and at Twitter under Elon Musk, exacerbate the situation.

Prior to the pandemic, security firm Kastle discovered that San Francisco’s office occupancy rate was consistently at or around 100 percent, with many companies vying for office space, especially significant technology companies.

The city’s office occupancy is now lower than the percentage of workers in other big cities, such as New York City and Los Angeles, which recorded occupancy rates of 46 and 45 percent, respectively.

Tandler expressed hope that the local administration would see the gravity of the issue.

The immense emptiness of San Francisco was displayed for all to see when Michelle Tandler, the founder of professional development firm Growth Path, published shocking images of the once-bustling streets that were devoid of people and strangely quiet.

She captured the streets surrounding the offices of the financial services company Chime, as well as the largest building in San Francisco, the Salesforce Tower. Due to their remote workforce, Salesforce’s office is still mostly vacant.

The photographs were described by Tandler as “9:40 a.m. in San Francisco. Where are they all…?’

She took another set at noon, when the streets were still empty.

Tandler stated, “I don’t believe the San Francisco government truly understands how problematic this is.”

Either that, or they are indifferent.

The Four Seasons Residences are’sized like large estate mansions,’ but the proximity to the city’s notorious open-air drug market prevented them from attracting prospective purchasers.

However, it has been discovered that some of the buildings have structural difficulties, with the Millenium Tower tilting 26 inches.

Later, it was also reported that the Tower Residences, a luxurious Four Seasons apartment tower with an abundance of amenities, was struggling to attract inhabitants.

The building boasts ‘unique inner circle access’ to events in the San Francisco art community and the California wine sector.

It also features a whole floor dubbed ‘The Club,’ which contains a bar, dining area, fitness facility, and event rooms.

The units themselves are’sized like big estate residences,’ according to architect Glenn Rescalvo, who added in an interview, ‘you feel as though you’re hanging above the gardens.’

Each apartment occupies an entire level and is outfitted with high-end fixtures and living spaces with two-sided glass corners.

However, the luxurious condo complex is only four streets away from San Francisco’s controversial Tenderloin Linkage Center, which was established this year to assist homeless drug addicts but has already deteriorated into what residents consider to be legal drug misuse.

They claim that the center has harmed their quality of life and has caused crime to spread throughout downtown San Francisco.

According to the San Francisco Business Times, the last sale at the apartment complex occurred on June 1, meaning there was not a single transaction in the third quarter of 2022.

Instead of addressing the issue, the Tenderloin Linkage Center became an open-air drug market, with users camping out in the center and nearby streets, shooting up in the open and passing out where they sat.

San Francisco has constructed a pair of drug treatment clinics in the Tenderloin and SoMa neighborhoods, which, according to locals, have done little more than lure scores of dangerous addicts to the streets.

The Tenderloin Linkage Center was established in January 2022 with the intention of assisting the city’s homeless and drug users in locating assistance.

However, opponents have noticed that only 0.1% of those who sought assistance at the center were sent to treatment in the first five months. Only 18 of the 23,367 drug users who visited the site between January and April were referred for treatment.

In the meantime, the Linkage Center advertised that it would provide a’safe environment’ for users to shoot up, which, according to critics, did little to address the problem.

Instead of addressing the issue, the center became an open-air drug market, with users camping out in the center and nearby streets, shooting up freely and passing out where they sat.

Now, residents claim that they are arming themselves with baseball bats to battle the rampant criminality these drug addicts are allegedly bringing to the community.

Ghis, an unnamed neighbor, told ABC 7 that these centers have led in “more troublemakers settling in, feeling comfortable taking their drugs, urinating and defecating in the street, and obstructing the sidewalks.”

He also stated that the area was experiencing a “period of lunacy.”

Bill, a local resident, stated that he had questioned his safety every time he left home for work since the center’s opening.

Every morning is a game of chance. ‘Are there going to be ten people passed out in front of your office when you arrive?’ he said. Are they planning on being violent? This was never an issue prior to HealthRight 360’s arrival.

Bill continued, “If you ask me, it should be shut down and other ways should be taken to the homelessness and drug problem we all face.”

Residents have begun carrying baseball bats in response to the escalating crime rate.

In light of these issues, a recent survey revealed that the majority of San Franciscans believe their city is declining, and one-third aim to leave within three years.

It presents a grim picture of a city renowned for its Golden Gate Bridge and beautiful ‘Painted Ladies’ residences but is beset by poor leadership and urban deterioration, where the sight of addicts shooting up on the pavements has become all too familiar.

The San Francisco Chronicle conducted the study after the recall election of progressive District Attorney Chesa Boudin, who was removed in June due to public safety concerns in the heavily Democratic city.

Homelessness topped the list of the city’s most pressing issues, followed by public safety and housing expenses. Nearly 70% of respondents expressed uncertainty that these issues will improve during the next three years.

A 53-year-old respondent, Dae Echols, told The Chronicle that he was “bore up with the city” and that growing prices will certainly compel him to retire elsewhere. The average monthly rent in San Francisco has increased to $3,750.

I recall that the hippy generation was all about caring for your friends and brotherly love. This is completely gone,’ remarked Echols.