Skip to content
Home » News » All News » Communique Issued at the End of the 4th General Assembly of The Reunion of Episcopal Conferences of West Africa (RECOWA) Held at The CSN Resource Centre, Durumi Abuja, Nigeria from May 2 to May 9, 2022 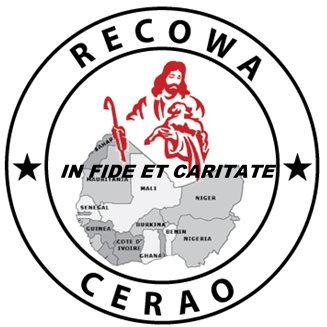 OPENING
We Catholic Bishops from the 16 countries of the West African Subregion, comprising the Reunion of Episcopal Conferences of West Africa (RECOWA) have held our 4th General Assembly at the Catholic Secretariat of Nigeria Resource Centre, Durumi, Abuja, Nigeria from the 2nd to the 9th of May 2022. We give thanks to God for the success of our meeting.

We are grateful to Him for the grand opening ceremony which was attended by Luis Antonio Cardinal TAGLE, the Prefect of the Congregation for the Evangelization of Peoples, Vatican City, Philip Cardinal Ouedraogo, President of the Symposium of Episcopal Conferences for Africa and Madagascar, SECAM, John Cardinal Onayekan, Archbishop Emeritus of Abuja, the Apostolic Nuncio to Nigeria, His Excellency Archbishop Antonio Guido Fillipazzi, Archbishops, Bishops, priests, religious, the Chairman ECOWAS Commission, His Excellency Jean Claude Kassi-BROU and many distinguished lay people of all classes.

We, the Bishops of RECOWA are honored and thankful for the presence of the Vice President of the Federal Republic of Nigeria, His Excellency Professor Yemi Osinbajo, who attended the ceremony, accompanied by other distinguished Federal Ministers and eminent government functionaries. In appreciation, His Excellency, the vice president encouraged the Catholic Church to sustain her prophetic role of promoting truth, justice and peace in good and bad times.

FRATELLI TUTTI: THEME OF THE ASSEMBLY
The deliberations of our assembly focused on the theme: « Fratelli Tutti: Path to Build Brotherhood and Sustainable Peace in West Africa» Fratelli Tutti is the title of the latest encyclical of Pope Francis on Fraternity and social friendship. The assembly thankfully acknowledged that the pope’s call actually emphasized the pontiff’s concern for man and creation over time which he already proposed in his earlier encyclicals, Evangelii Gaudium, (Joy of the Gospel) and Laudato Si, (Be Praised My Lord). Fratelli Tutti recognized the fact which the Holy Father had earlier underlined that it is important that catechesis and preaching include more directly and clearly the social meaning of existence, the fraternal dimension of spirituality, the conviction of the inalienable dignity of each person and the motivation for loving and welcoming everyone.

THE CALL TO JUSTICE, PEACE AND SECURITY
Our assembly emphasized that the Kingdom of God is not a matter of food and drink. It is justice, peace and joy in the Holy Spirit. He who serves Christ in this way is pleasing to God and approved by men. Let us therefore pursue what promotes peace and mutual edification, Rom. 14,17- 19. Fratelli Tutti then calls for the collaboration of all the organs within the Church and with other religions, civil society organizations and governments at all levels. The document also urges us to build up true fraternity to eliminate all forms of tribalism and ethnocentrism that are eating deep into the fabrics of peace and love in our society.

The pope ‘s encyclical emphasizes the fact that compassion for man and the planet is an ethical virtue. It flows from faith in Jesus Christ. Complacency, doing nothing to protect the brothers and sisters and not promoting the survival of humanity is sinful. It regrets that the status quo, in which West Africa seems to find itself in matters of peace, which is merely synonymous with the absence of war, is not in any way advancing solutions to the complex problems in which many people and communities in West Africa find themselves today. It indicates clearly that the Church, other religious organizations, governments, pollical and traditional leaders, civil society organizations and people of goodwill have a moral and spiritual obligation to ensure that the present generations live in peace and the future generation inherit a habitable West Africa devoid of man-made calamities.

CONCRETE CONSIDERATIONS
In our deliberations, it became evident that Fratelli Tutti can help us in our responsibility of engendering effective pastoral governance and greater social friendship in West Africa and in the entire world. We all, bishops, priests, consecrated persons and the lay faithful are reminded that we are, as Jesus emphasized, the salt of the earth Mtt. 5, 13 ff. Given that many of our people are suffering, we are admonished to show greater Christian commitment to alleviate their sorrows and give them reason to continue living.

The past two years of the Covid 19 pandemic made us to recognize that at the end of the day we are all one family. It opened our eyes to the fact that we cannot face our problems alone or in isolation. Therefore, we must guard against the culture of indifference and individualism. We must always come together in solidarity to work for our common good. The example of the good Samaritan in the gospel must compel us to admire the attitude of the Samaritan towards the Jewish brother. We recall that the priest and the Levite passed him by, indifferent to his needs. One is truly touched by the risk taken by this Samaritan. It was Pope Francis who juxta- posed the role of those who alleviate the sufferings of others and those who simply pass by the suffering of others. We bishops therefore urge Christians and all people of good will in our sub region to overcome various barriers so as to reach out to others in need. We feel called to give stronger witness to our Christian values.

Our people are hungry, dehumanized and suffering; our youth exposed to life- threatening adventures on the high seas in their bid to discover greener pastures in overseas countries. We are called upon to give hope to these people.

WE MUST SUSTAIN ADVOCACY
As Church, we call on politicians, other leaders and indeed our people to order in their never-ending craving for self-aggrandizement and acquisition of wealth. We urge Christian politicians, traditional rulers, technocrats, professionals, especially those in the media, business men and women, and indeed all our people to live out their Christian vocation in fighting corruption, ethnocentrism, sectionalism, and all forms of injustice in society. We strongly denounce the policies and practices of our governments and leaders who facilitate and permit the exploitation and marginalization of our people and endanger the future of our children. Tragically some individuals engaged in acts of violence and terrorism have aggravated the state of insecurity in our subregion. We call on all never to grow weary in denouncing and rooting out such evils in our midst.

HOPE IN THE MIDST OF CONCERNS
We therefore, recognize the inherent dangers in our current society. We count greatly on the flickers of hope resonating in various spheres. We remain optimistic that none of the problems bedeviling our subregion is insurmountable. However, we need to work together, with like minds in politics, religion, economics, social life, the media, in synergy to fight against all forms of man ‘s inhumanity to man.*

APPRECIATION AND CONCLUSION
We wish to profoundly thank the Catholic Bishops Conference of Nigeria (CBCN) and indeed the entire Catholic Community, the government of the country and various men and women of goodwill for their magnanimity made manifest in their warm reception. We pray that the Almighty God, who is never outdone in generosity to reward Nigerians ever abundantly. May the joy and peace of the risen Lord abide with you all.