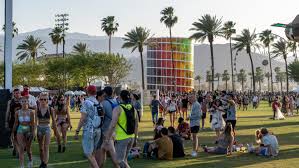 The second part of Coachella Valley Music and Arts Festival is set to hold from the 22nd to the 24th of April 2022.

The just concluded first part held on the 15th through to the 17th of April, 2022. The event was packed with surprising and thrilling performances that kept the crowd on their feet.

Watch the @YouTube livestream for more surprises from the desert https://t.co/369m1pEHng pic.twitter.com/R40ntMdx5L

The emotions of hundreds of fans were on edge, as the kickoff of Coachella 2022 lived up to the expectations generated as two editions were cancelled due to  pandemic that prevented it from taking place.

Coachella as it is popularly called holds on consecutive three-day weekends in April. It showcases popular and established musical artists as well as emerging artists and reunited groups. It is one of the largest, most famous, and most profitable music festivals in the United States and the world.