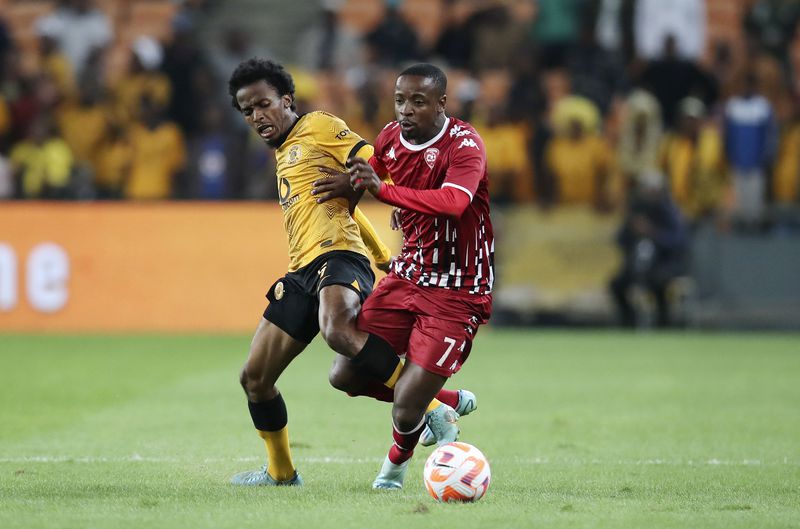 Arthur Zwane believes his team were unlucky to lose 1-0 to Sekhukhune United on Saturday night at FNB Stadium.

Zwane bemoaned being denied a penalty.

The coach believed his squad should have received a penalty kick.

He believed his squad dominated the action.

“After introducing ‘Ash’ (Ashley Du Preez) and the young Mduduzi (Shabalala), as well as Sekgota, we wanted to put pressure on them and force them to make mistakes,” Zwane told SuperSport.

“And we did force them to make errors; we were just unlucky, and I believe there was a penalty when Caleb (Bimenyimana) was tripped while charging the ball.

“Unfortunately, the referee missed it, and such is life. I believe the players made an effort, but against the run of play we conceded when we shouldn’t have because it was due to our error,” he continued.

Although Zwane could not fault his player’s effort, he was less impressed with the ground preparation.

“Ja look, I think we started a bit sluggishly, we gained momentum, had control of the game despite playing in patches, and we created quite a few opportunities in the first half that we could have converted, but we couldn’t,” Zwane remarked after the shocking loss.

“When you consider the manner in which we conceded again in the second half, you may ask yourself questions.

“But I can’t fault the boys’ effort, when I look at them; the pitch also didn’t make things easy for us; it was a bit soft and bumpy; but when you consider the number of chances we created, we could have buried them; however, it wasn’t to be today.”

»Coach of the Kaizer Chiefs regrets a penalty call«