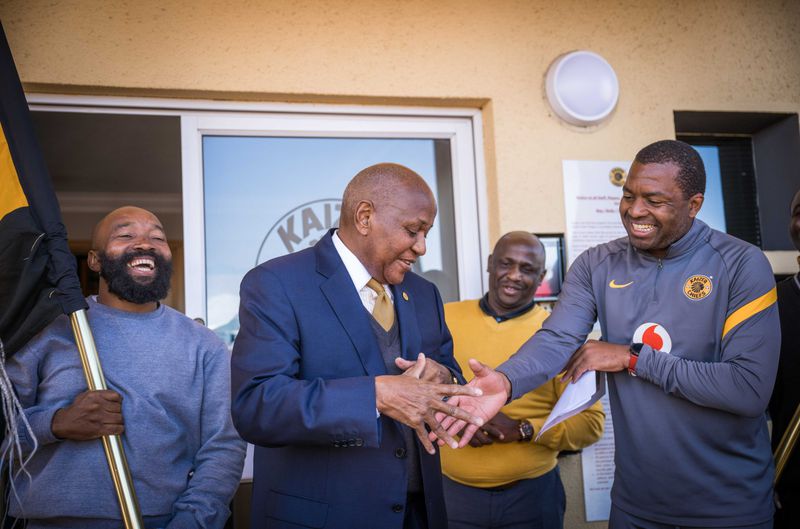 Arthur Zwane, the head coach of the Kaizer Chiefs, was sad that his team lost on the club’s 53rd birthday.

It was a disaster on what should have been a day of joy for the Glamour Boys and their iconic chairman Kaizer Motaung senior!

The Glamour Boys fell to Sekhukhune United, 1-0, at the FNB Stadium.

Their loss places them in fourth place, 13 points behind Mamelodi Sundowns at the season’s midway stage.

Kaizer Chiefs Kaizer Motaung must make one of the club’s most important decisions ever.

“I regret that we lost a game we shouldn’t have lost. However, if the goalkeeper is performing at a high level, there is little you can do.

“In reality, we created opportunities. It would be worrisome if we lost at home and failed to generate enough scoring opportunities.

“I’m disappointed because it was the club’s birthday, and we wanted to give the chairman, forefathers, and everyone who has been a part of the Chiefs’ journey a good present.”

Additionally, the Orlando Pirates have received a HUGE offer from Europe for a famous player

Edmore Chirambadare of Kaizer Chiefs during their Absa Premiership 2017/18 match against Maritzburg United on April 28, 2018 at FNB Stadium in Johannesburg.

In other developments, former Kaizer Chiefs winger Edmore Chirambadare has discussed the treatment he received when playing for Pretoria Callies.

The Zimbabwean player who currently plays for Venda Football Academy asserts that he was compelled to write off two months of earnings.

According to the athlete, Richards Bay was prepared to sign him, but Pretoria Callies took extraordinary measures to thwart the transaction.

Chirambadare told Thisisfootball, “They still owe me money after two months, so I told them to keep the money and give me my release.”

“Otherwise, they would not have allowed me to leave for nothing. I was even compelled to sign a contract stating that if I want my clearance, I will forfeit two months’ pay.

“I was hopeless at the moment. Consequently, I signed the deal. When I received clearance, Richards Bay had already left.

“That is how I exited the club. Because this situation is so convoluted, I’ve decided to abandon it and move on.

»Coach of the Kaizer Chiefs dissatisfied with famous chairman«