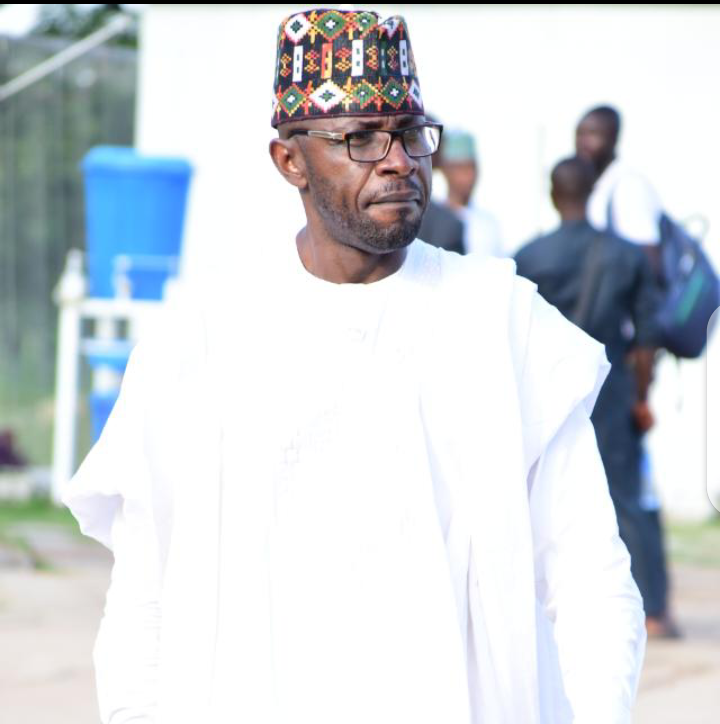 In a chat with newsmen in Abuja, the former National Chairman of Interparty Advisory Council (IPAC) and the National Publicity Secretary of CNPP, Dr. Tanko Yinusa insisted that the CBN Governor should first resign to pursue a presidential ambition.

He said, “Permit me to make a response to a press release that I saw regarding IPAC and CNPP.

“I am part of the formation of CNPP, right from the inception and I was Deputy National Chairman to Chief Gani Fawehinmi when we met at Bannex Plaza at the MDJ’s office. The chairman of the was Alwali Kazir at that time.

“The leadership of CNPP was formulated by Chief Gani Fawehinmi, late Mallam Balarabe Musa, Mahmood Atta and a host of others who met at the MDJ office to form the CNPP. Any political party may decide to join or not to join.

“It doesn’t mean that if some political parties are not members of the CNPP; it is not existing as a group.

“For sure, my own party, even though we’re in court on the issue of de-registration of political parties, we are members of the CNPP, including the ZLP and a couple of other political parties and other associations that are still existing.

“We were five in number who were part of the rapporteur group who started the Interparty Advisory Council with the support of the International Republican Institute.

“Prof. Nnaji, my humble self, Danjuma of MDJ, including our lady Chenwe from PDP and another lady from PSP at that time, the formation of IPAC was solely as advocacy group to support the political parties in advocating for clean, free, fair elections based on credible process and, of course, to synergize with INEC in ensuring that there is clean, clear elections and a Memorandum was collated by all political parties which joined in that political struggle to formulate it. It also has a clear mandate to develop a code of conduct for political parties.

“So, clearly, there is a difference between IPAC and CNPP. While one is for advocacy and code of conduct the other one is for the protection of the survival of political parties and democratic rules as it were.

“So, there is no ambiguity as to the leadership or what the two groups are. I was formulating member; I was Secretary of IPAC, I was chairman of IPAC, and I am also a member of the CNPP and I took over from Osita Okechukwu as the Publicity Secretary.

“But, of course, one cannot run two organisations at the same time. Therefore, that’s why we were not too prominent in the CNPP as it were.

“But as regards to the authenticity of Willy Ezugwu, there is no doubt in it. Willy Ezugwu has been the Secretary of CNPP and there was no time in which the CNPP was divided by anybody.

“The truth is that, yes, late Balarabe Musa, the Chairman of CNPP died. Of course, there is a vacuum in the chairmanship of the CNPP but Willy Ezugwu still remains the Secretary of the CNPP.

“So, no claim whatsoever could be made by anybody, saying that probably the CNPP does not exist.

“It exists and it’s been performing its duties as a protector to political parties and associations and in respect of any issue that can be raised with regards to the integrity of the polity of our country.

“Of course, every group has a right to respond to those particular issues as it were.

“Yes, he has the fundamental right to run for Presidency of his country but not when he is a serving officer and appending his picture on a political party, with his posters going all around, even through the convention of the APC.

“That level of impunity should not be associated with any serving officer the federal government and should not be condoned in that way.

“But while you are in office and then you will be associating yourself with a political party and still running the office in which you are, even though Mr. President said they should investigate, that is not the right thing to do.

“Ask the man to resign. That is the simple thing and if he has one, let him go with his integrity and continue to run for the presidency of the Federal Republic of Nigeria.

“The level of impunity in this country is too much and it must be checked otherwise we will run a dismembered democratic system in our country.

“At the moment now, we are saddled with this level of insecurity, which has been led to by high level of poverty.

“I was just watching a video now of how people are queuing just for a couple of meals, not just a couple but one meal for them to eat.

“And these are the things that led to the level of poverty that can get people agitated into a level of insecurity and it must be checkmated.

“And here we are associating ourselves and people are coming out to debunk and want somebody who is still a serving officer of the Federal Republic of Nigeria to still be running for an office when he has not left the present office that he is in. This should not be condoned, this should not be accepted”, the CNPP insisted.