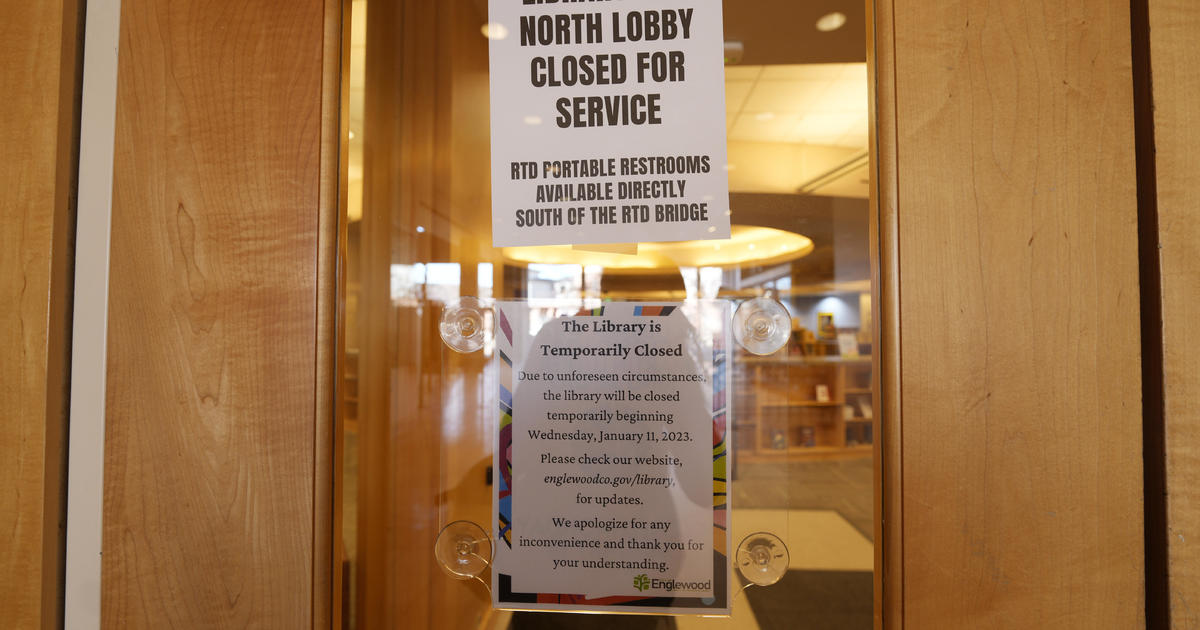 On January 12, 2022, in the Denver suburb of Englewood, Colorado, signs are posted on the exterior doors to inform visitors that the library and restroom are closed due to meth contamination.

Engelwood, Colorado – A Colorado library has shuttered its doors for the second time in a month due to methamphetamine contamination.

Last week, officials in the Denver suburb of Englewood closed the local library within a couple of hours of receiving test results indicating that pollution levels in the facility’s restrooms exceeded state standards, according to city spokesman Chris Harguth.

Other areas, including counters, tested positive for trace amounts of the drug and will require specialized cleaning, he stated. Large-scale remediation will involve the removal of contaminated surfaces, walls, ducting, and fan equipment.

Harguth said the community of approximately 33,000 south of Denver opted to test for the substance after officials in the nearby college town of Boulder shut down its main library due to meth contamination.

It’s the latest example of the balancing act urban libraries must perform in order to make their spaces accessible to everybody while maintaining a safe environment. Some libraries were provided with the antidote Naloxone, also known by its brand name Narcan, when a spate of overdoses at libraries was recorded in the mid-2010s, as the opioid crisis spread across the United States.

So far, it appears that methamphetamine contamination has only caused library closures in Colorado, according to American Library Association spokesperson Raymond Garcia, who is unaware of any closures anywhere in the country in recent years. The organization refuses to comment on whether drug usage at libraries has increased, citing a lack of recent data.

Meth residue, according to health professionals, can be an irritant, creating symptoms such as a scratchy throat, a runny nose, and bloodshot eyes. Harguth stated that secondary exposure is not believed to produce chronic, long-term health issues.

Drug use is uncommon in the Englewood library, but reports of it have grown in recent months as colder weather has caused more people to seek shelter there, with a small percentage of them using drugs, according to the library director, Christina Underhill. Since fully reopening after being closed during the start of the epidemic, the library has attracted a larger number of homeless individuals.

Underhill stated, “We’re very accommodating,” However, “there are some individuals who abuse this space and unfortunately put us in this position.”

Thursday, as she picked up her grandchildren from school near Englewood’s library, Brenda Folsom stated that she has observed an increase in drug use in the region over the past two years, especially in her neighborhood park. She is concerned that her three- and eight-year-old grandsons, who visit the library with their father, and other inquisitive children may find needles and other drug paraphernalia in the restrooms.

Folsom stated, “I think if they would clean their restrooms a little more or paid attention to the restrooms and stuff or the people going in there, they wouldn’t have this problem,” She believes the library should have enhanced security and more frequent facility inspections.

The closing of the library in Boulder, Colorado, last month, according to city officials, was due to severe state regulations for cleaning up meth when testing indicates its presence. They also noted that tolerable levels of meth contamination were designed with residences in mind, where frequent exposure is more common than in public venues.

The city noted in a statement released on December 28 that Colorado’s regulations are “some of the most conservative in the nation, using an abundance of caution to protect infants and children from exposure,”

Since then, the Boulder library has reopened, but the bathrooms remain closed as crews perform decontamination work, including the replacement of fans and vents, according to a spokesperson. Once this is complete, the restrooms will remain shut, and anyone requiring entry must approach a staff member or security guard for assistance.

The Englewood library has made modifications to aid homeless patrons. According to Underhill, an outreach group visits every Monday to provide services such as assistance obtaining identification, food vouchers, and housing.

She stated that the city recruited security guards last year after some library patrons expressed safety concerns. It also developed a code of conduct to aid librarians in the enforcement of rules.

According to the library’s website, Englewood has lately increased funding to enhance personnel in an effort to dissuade drug use.

Underhill stated, “The use of the library has changed,” More people are arriving to use it as a refuge.

»Closure of a second Colorado library to remove meth contamination«