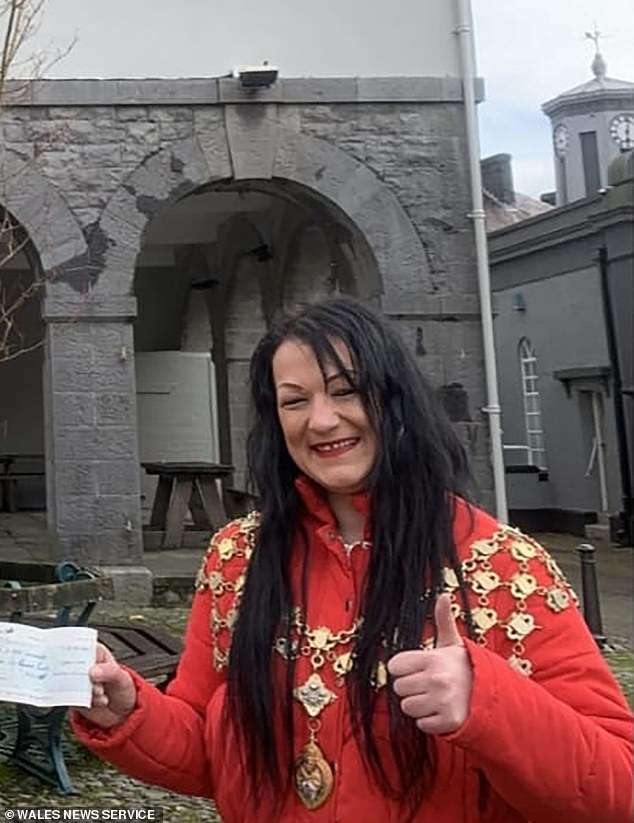 A disgraced former mayor has been suspended from the council for driving her BMW under the influence of cannabis.

In October 2020, police stopped 37-year-old hairstylist Louise Wride when she was driving her BMW. Officers conducted a drug test on her when they suspected they detected the odor of cannabis on the former mayor.

Cllr Wride originally refused to resign as mayor of Llandovery, Carmarthenshire, and failed to inform council authorities about her arrest and sentence.

However, a Public Services Ombudsman for Wales investigation determined that her conduct brought the council and the post of mayor into disrepute.

An investigator for the watchdog, Sinead Cook, stated, “The Ombudsman has concluded that driving a car while under the influence and impaired by the use of drugs is below the standard expected of a councillor and might reasonably be viewed as bringing their office or authority into disrepute.”

Councillor Louise Wride, 37, has been suspended from the Llandovery Town Council in Carmathenshire for driving under the influence of cannabis.

The independent cosmetologist failed to notify council authorities of her arrest and subsequent conviction.

The Public Services Ombudsman for Wales determined that her conduct brought discredit to the council and the post of mayor, and suspended her for two months.

Ms. Cook stated that Ms. Wride should have self-reported a possible violation of the council’s code of conduct.

Wride stated at the time of her conviction, ‘I am still trying to comprehend it.’

I have no intention of leaving the council. My other councilmembers have shown me tremendous support.

I was experiencing a difficult period in my life at the time.

Wride was the mayor of Llandovery, Carmarthenshire, however she did not resign from the town council, prompting an investigation in response to a complaint.

The court previously heard that she was stopped by police while driving a BMW.

Officers detected the odor of illicit substances inside the vehicle, and Wride later tested positive for cannabis.

A blood test revealed that Wride had the cannabis derivative THC, also known as delta-9-tetrahydrocannabinol, in her system.

Wride, a self-employed hairdresser, guilty to drugged driving and was given a one-year driving restriction.

In October 2020, Llanelli Magistrates additionally punished her £120 for the offense and ordered her to pay £120 in costs.

The hearing was informed that Wride’s system contained twice the permissible limit for narcotics.

Councilwoman Wride informed the committee that her conviction had no effect on her ability as a councilwoman.

She said, in reference to her drug test, “I had been arguing with my partner, so my eyes were watering, and I was wearing artificial eyelashes.” Then he performed a swab test on me.’

Wride was given a two-month ban and must also complete training on the code of conduct, but he has the right to appeal the judgment to the Adjudication Panel for Wales.