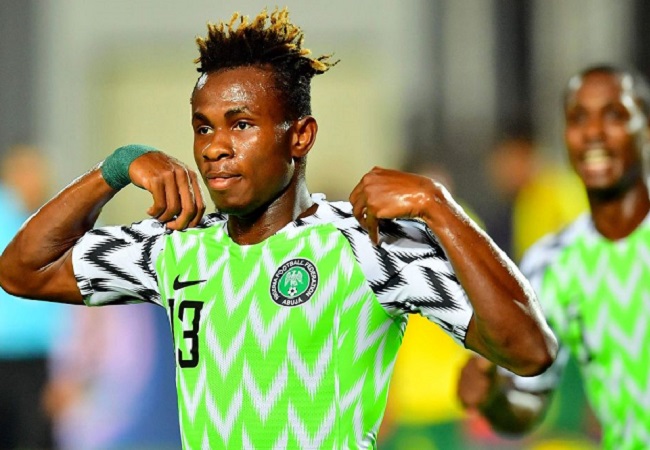 Nigerian players in Europe have a chance to make history with their various clubs with eight of them still in contention to win a title in different categories of the 2021/22 European competitions.

Nigeria has never had it this good with eight players in the semi-final stages of European competitions in a single season.

Samuel Chukwueze leads the pack with the Spanish side, Villarreal, taking on Liverpool in the semi-finals of the biggest European club competition UEFA Champions League, as he hopes to join the elite list of Nigerian players who have won the tournament.

Trio Finidi George, Nwankwo Kanu, and Obi Mikel are the only Nigerians who have had the luxury of lifting the trophy with Ajax and Chelsea respectively.

Coming off the bench with just six minutes left, Chukwueze struck a dramatic and decisive late goal as the Yellow Submarines secured a shock 2-1 aggregate victory that sent tournament favourites, Bayern Munich, crashing out of the Champions League in the quarter-finals.

His goal made it 1-1 on the night, in the second leg at the Allianz Arena, to send Unai Emery’s side through to their first semi-final since the 2005/06 season.

The 23-year-old is on course to win the Champions League as the season draws to a close but first must fend off another big challenge from Liverpool.

“We know all about Liverpool and they are expected to win, so the pressure is on them,” Chukwueze told BBC Sport Africa.

“We have a squad and manager good enough to compete against any team in the world. Because of the way Liverpool plays some people have already made their predictions but that is normal in football.

“We have a job to do and we are not going to Liverpool to lose. Why not aim for the best result over there? And that is what we hope to do.”

In the second tier of the European club competitions, Nigeria boasts another three players who all coincidentally play for the same club.

Joe Aribo, Leon Balogun, and Calvin Bassey all made it to the semi-finals of the Europa League with Glasgow Rangers after the Scottish champions defeated Portuguese side Braga in the last eight.

The Gers battle RB Leipzig away from home in the first leg of the semis, and if they get past their German opponents after two legs, they will face off against the winners between West Ham United and Frankfurt, who knocked out favourites Barcelona.

Meanwhile, Kelechi Iheanacho, Wilfred Ndidi, and Ademola Lookman are still in for a shot to win a title in Europe after getting the better of PSV Eindhoven in the quarter-finals of the Europa Conference League.
Though Ndidi has been ruled out for the remainder of this season through injury, he also played a major role while he was fit in the Foxes’ success story in the competition.

The Foxes, however, do have a daunting task against AS Roma, who have hit the right form at the crucial stage of the season.

Another Nigerian still vying for a trophy in Europe is Feyenoord’s Cyriel Dessers, who is the leading scorer in the Conference League.

The 27-year-old’s 10 goals contribution (eight goals and two assists) in 10 appearances in the Conference League is one of the reasons the Dutch club made it this far.

Dessers is one of the tournament’s standout players and he will hope to crown it all with a trophy but first, he will need to help his side get past Marseille, who they face in the semi-final of the competition.