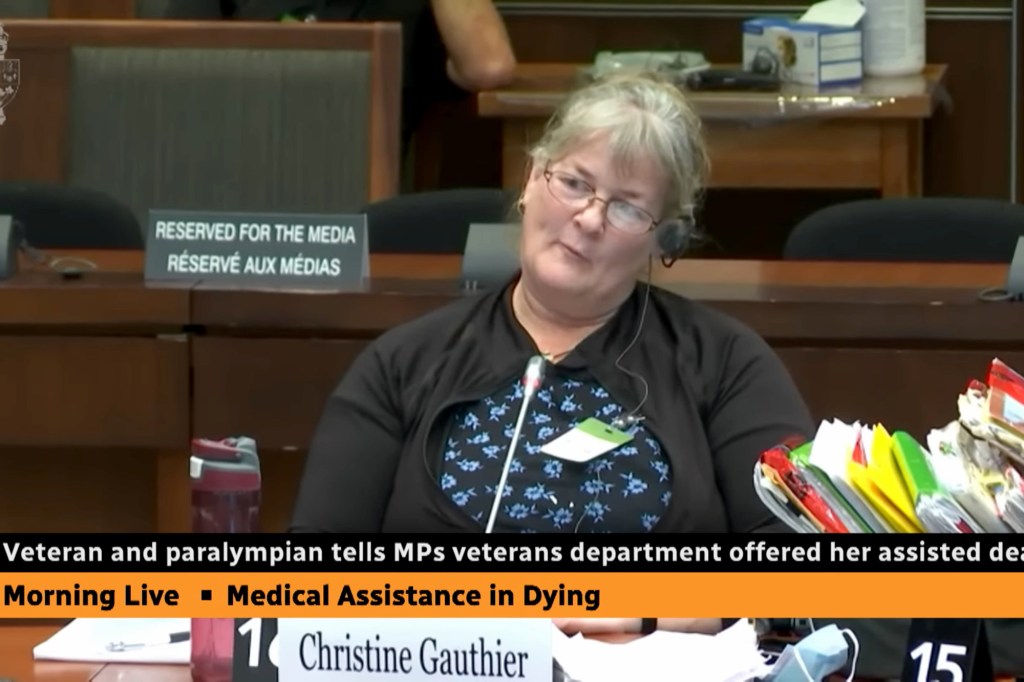 She desired assistance, not death.

A paraplegic former member of the Canadian military is slamming her government, which offered to euthanize her after she complained about delays in installing a wheelchair lift in her house.

According to the CBC, retired Army Corporal Christine Gauthier, who represented Canada at the 2016 Paralympics in Rio de Janeiro, testified in Parliament on Thursday that a Veterans Affairs Canada caseworker offered the opportunity for a medically assisted death and even offered to provide the necessary equipment.

Gauthier, who damaged her back in a training accident in 1989, stated, “I have a letter stating that if you are that desperate, lady, we may provide you MAID, medical help in dying.”

In her French testimony before the veterans committee of the House of Commons, she stated that she had been struggling for a house wheelchair ramp for five years, and in a recent letter to Prime Minister Justin Trudeau, she highlighted her reservations about the assisted dying option.

Recently, Gauthier testified in French about her traumatic experience with assisted suicide.

“I wrote to Prime Minister Trudeau to inform him that Veterans Affairs had offered me MAID and would provide the necessary equipment,” stated Gauthier.

“We are following up with investigations and changing protocols to ensure what should be obvious to all of us,” said the prime minister. “Veterans Affairs Canada, which is supposed to be there to support those who volunteered to serve their country, has no business offering them medical assistance in dying.”

Veterans Minister Lawrence MacAulay disclosed last week before the same committee that at least four additional Canadian war veterans were given the MAID option by a now-suspended veterans service representative. The cases have been reported to the Mounted Police of Canada.

»Christine Gauthier criticizes the Canadian government for proposing her euthanasia«