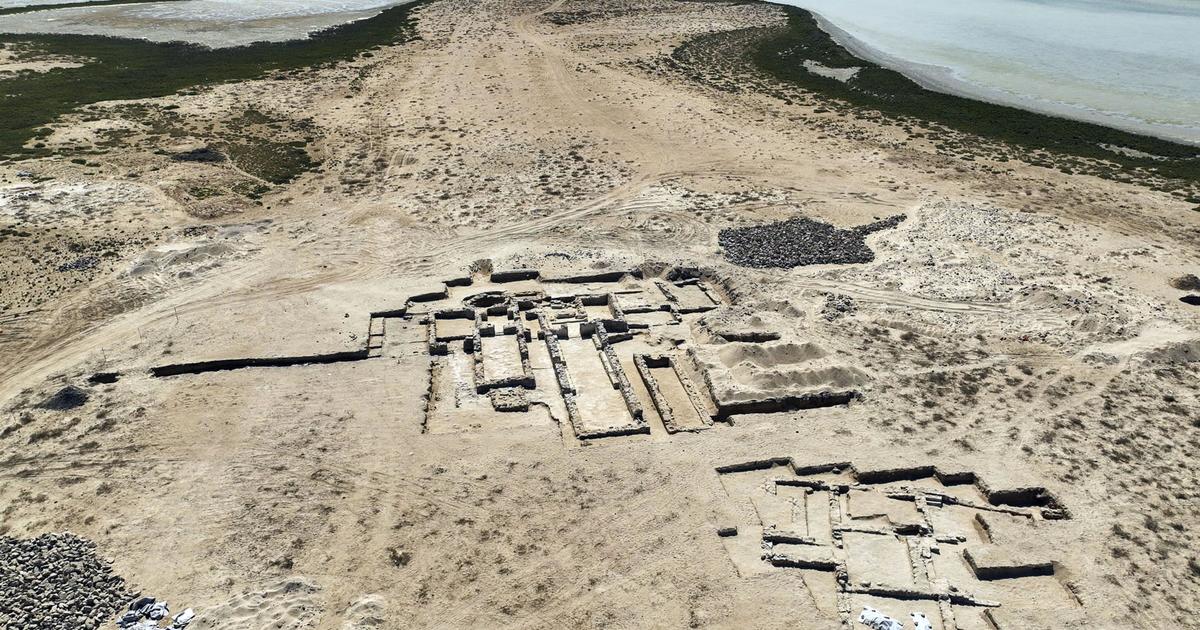 According to authorities, an ancient Christian monastery was found on an island off the coast of the United Arab Emirates. It may have existed before Islam swept over the Arabian Peninsula.

A unique perspective on the history of early Christianity along the Persian Gulf coast may be gained from the monastery on Siniyah Island, which is a component of the sand dune sheikhdom of Umm al-Quwain.

It is the second such monastery to be discovered in the Emirates, and it dates back as far as 1,400 years, long before the region’s vast deserts gave rise to a thriving oil industry that resulted in the creation of a unified nation that is now home to the skyscraper-filled cities of Abu Dhabi and Dubai.

The two monasteries were lost in the sands of time as academics assume that as Islam became more dominant in the area, Christians gradually converted to the Islamic religion.

Even though Pope Francis arrived in the neighbouring country of Bahrain on Thursday to encourage interreligious dialogue with Muslim leaders, Christians still make up a small percentage in the broader Middle East today.

The UAE is now a “mixing pot of nationalities,” according to Timothy Power, an associate professor of archaeology at the United Arab Emirates University who assisted in the investigation of the recently found monastery.

It is quite amazing that something comparable was occurring in this location 1,000 years ago, and this is a tale that has to be shared, he added.

The monastery is located on Siniyah Island, a barrier island protecting the Khor al-Beida marshlands in Umm al-Quwain, an emirate along the Persian Gulf coast about 30 miles northeast of Dubai. The island is surrounded by a string of sandbars that jut out from it like bent fingers. Archaeologists found the monastery on one in the northeastern corner of the island.

Samples from the monastery’s founding that were carbon dated range in age from 534 to 656. Muhammad, the founder of Islam, was born about 570 and passed away in 632 after taking Mecca, which is now in Saudi Arabia.

The floor design of the monastery on Siniyah Island shows that early Christians may have prayed within a single-aisle church there. A baptismal font and an oven for making bread or wafers for communion rituals seem to be located in some rooms. Additionally, an altar and a setup for communion wine were probably located in a nave.

There is a second structure next to the monastery that has four rooms and is probably built around a courtyard; this might have been the residence of an abbot or perhaps a bishop in the early church.

Noura bint Mohammed al-Kaabi, the nation’s minister of culture and youth, and Sheikh Majid bin Saud Al Mualla, the head of the Umm al-Quwain Tourism and Archaeology Department and a son of the emirate’s ruler, both paid the site a visit on Thursday.

The island has long been under the control of the royal family, which has protected it and made it possible to find historical sites there.

The dig, which is still going on at the location, is partially financed by the UAE’s Ministry of Culture. There are a number of structures close to the church that archaeologists think were formerly part of a pre-Islamic community.

On some parts of the island, mountains of discarded clams from the pearling industry resemble enormous, industrial-sized hills. Another settlement nearby was destroyed by the British in 1820 before the area joined the Trucial States, the forerunner of the UAE. The collapse of the hamlet resulted in the development of the mainland community of Umm al-Quwain today.

On Sir Bani Yas Island, a natural preserve and location for opulent hotels off the coast of Abu Dhabi and close to the Saudi border, archaeologists found the first Christian monastery in the United Arab Emirates in the early 1990s. It also originates from the same time period as the recent discovery at Umm al-Quwain.

However, evidence of early life in Umm al-Khor Quwain’s al-Beida marshlands goes back to the Neolithic era, indicating that the region has been continuously inhabited by people for at least 10,000 years, according to Power.

Today, the low-cost liquor shop at the emirate’s Barracuda Beach Resort is more well known than the region next to the marsh. As it constructs a bridge to Siniyah Island for a $675 million real estate development, officials recently dismantled a huge, Soviet-era cargo jet tied to a Russian gunrunner known as the “Merchant of Death.”

Power said that the discovery of the monastery was prompted by development. It is unknown what additional mysteries of the past may yet be concealed on the island under a thin layer of sand, but that location and others will be cordoned off and preserved, he added.

Power described the finding as “very exciting” since it represents “secret history” that isn’t well-known.