Skip to content
Go Home «» News «» Breaking News «» Chris Ledesma, a Simpsons legend who worked on every episode for 33 years, died at the age of 64 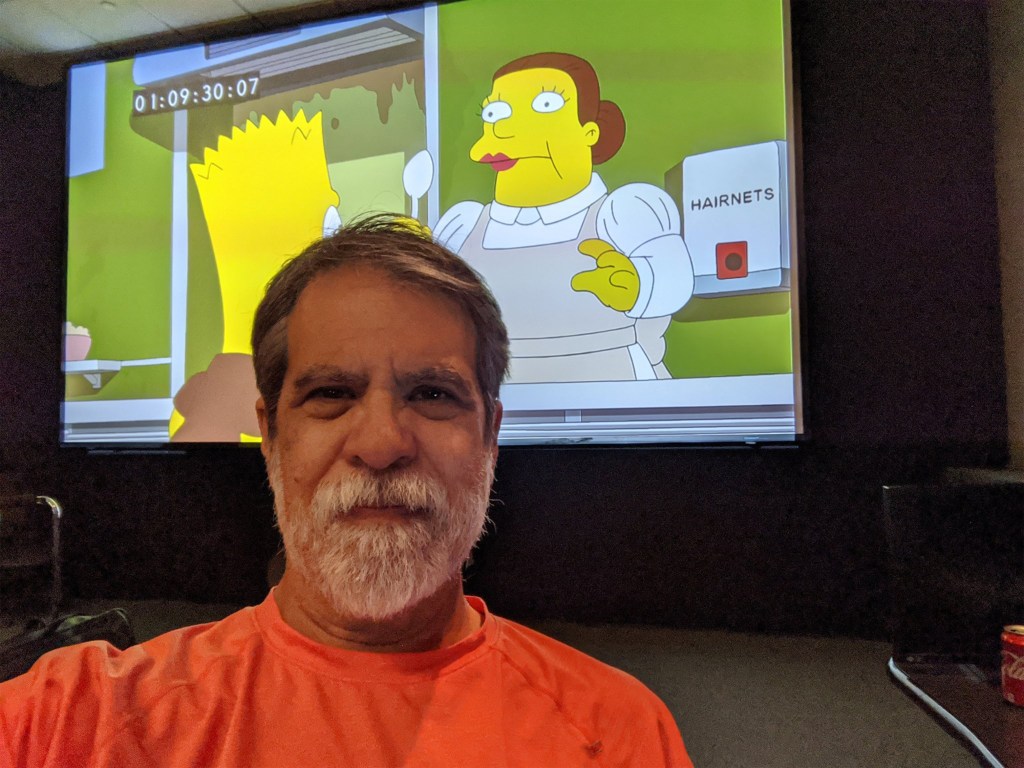 Longtime music editor of “The Simpsons” Chris Ledesma has passed away. He was 64.

In the most recent episode of the animated television series, a title card said “In loving remembrance of Chris Ledesma.”

The title card was displayed behind an animated representation of Ledesma seated on the Simpsons sofa with Homer, Marge, Lisa, Maggie, and Bart while wielding a baton.

Ledesma contributed to every episode of “The Simpsons” during his 33-year tenure as music editor, which lasted from 1989 until May 2022.

The cast and crew of “The Simpsons” have taken to social media to honor the late music editor.

“Chris Ledesma was a likable man who adored his work and was extraordinarily talented at it. We miss him,” tweeted author Carolyn Omine.

One of the founding members of the writing team, Al Jean, tweeted, “A wonderful, hardworking, incredibly bright man who will be missed by all who knew him.”

In the most recent episode of “The Simpsons,” a title card stating “In loving memory of Chris Ledesma” aired.

Matt Selman, executive producer and showrunner for @TheSimpsons, wrote, “Chris Ledesma was a wonderful, hilarious guy with a huge heart; his amazing musical life is depicted across 33 years of the show.”

“Chris Ledesma’s love of music and The Simpsons was an inspiration. I appreciate the time I was able to spend with him this year. He was an excellent mentor and an honest individual. I feel compassion for his family. “Rest in Peace, Chris,” remarked the show’s new music editor, Jake Schaefer.

Matthew Schofield, an animator, stated, “I was startled and heartbroken to learn about Chris Ledesma’s loss. He graciously arranged for me to observe the scoring session for my episode “Black Eyed, Please” (he’s wearing a red shirt; I’m on the right). A wonderful man who sincerely enjoyed his work. “Rest in peace, Chris,”

Chris Ledesma’s unexpected passing stunned and grieved me. He graciously arranged for me to observe the scoring session for my episode “Black Eyed, Please” (he’s wearing a red shirt; I’m on the right). A wonderful man who sincerely enjoyed his work. Rest in peace, Chris. pic.twitter.com/ojFnNjftzG

Chris Ledesma served as the music editor from 1989 until May of 2022.
Chris Ledesma’s Twitter profile

“Chris Ledesma was one of the sweetest and most skilled individuals on a staff full of kind and bright individuals. I hadn’t worked with him in a while, but his Twitter kindness over the past few years had been palpable. “Rest in peace, dear Chris,” said the former showrunner for “The Simpsons,” Josh Weinstein.

On September 16, Ledesma tweeted about reaching a “major milestone” with the show.

Chris Ledesma spent 33 years contributing to every episode of “The Simpsons.”

Ledesma lived the majority of his life in southern California. He studied orchestral conducting at the California Institute of the Arts and San Francisco Conservatory of Music.

Additionally, the music editor worked on the films “Pure Country,” “Robin Hood: Men in Tights,” and “Blast from the Past.”

In the most recent episode, the animated program paid tribute to Chris Ledesma.

Ledesma began playing the piano at the age of three and began his career as a tour guide at Universal Studios Hollywood in 1984.

His wife Michelle, to whom he was married for 39 years, and his two daughters survive him.

»Chris Ledesma, a Simpsons legend who worked on every episode for 33 years, died at the age of 64«