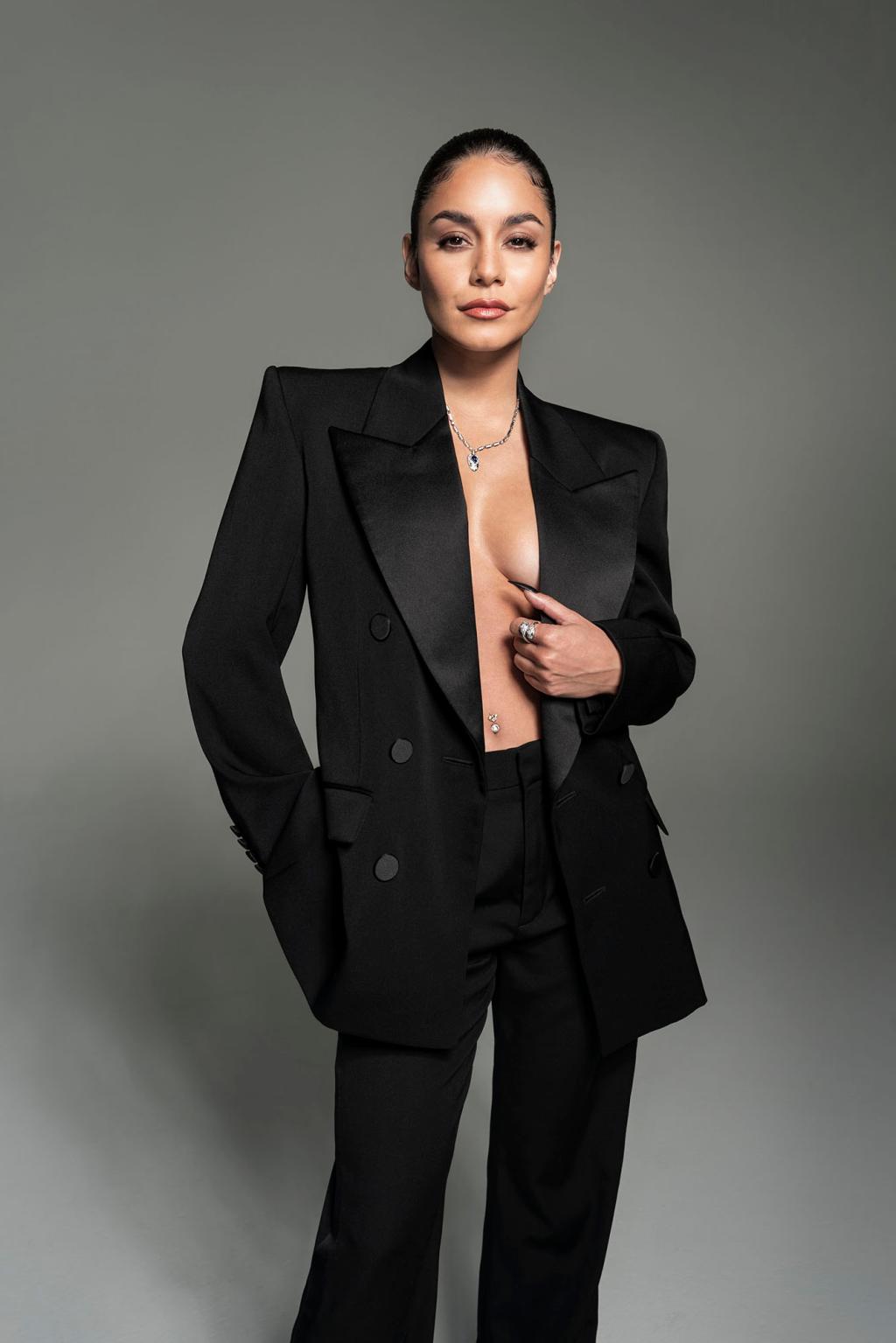 Page Six may get compensation or an affiliate commission if you make a purchase using our links.

Vanessa Hudgens may be the Halloween queen, but she does not understand the seasonal fervor.

“Only a few days have passed since Halloween, yet Christmas music is playing; this is my idea of purgatory. The “Princess Switch” actress, who covers the new Christmas issue of LuisaViaRoma’s LVR magazine, tells Page Six Style, “I need breathing room.”

In this regard, Hudgens characterizes herself as “not really a huge gift person” — “it’s low on my love languages” — but she’s nonetheless a sucker for a stuffed stocking.

She says, “I enjoy opening the stockings and devouring all the sweets.” “Hersey’s Hugs and Ferrero Rocher are really delicious.”

“Chai comes into play quite aggressively; nothing says ‘Christmas’ like a Chai gift card,” Hudgens remarked, adding, “Throw in some diamonds.

I’m not angry about it!”

While she is unsure of what she would give her boyfriend Cole Tucker — “he’s a basic man” — Hudgens promises to give others on her list luxury baths.

“I’m a huge bath set giver; I enjoy taking baths,” she adds, citing Lush as her go-to source for bath bombs, oils, and lotions of a similar kind.

She also recommends Bose Frames ($249), Bluetooth-enabled eyewear that allow you to “walk about listening to music while still hearing the world around you.”

What is the most expensive thing on Hudgens’ wish list this year?

She recalls wearing many Saint Laurent jackets on set for her LVR shot. “I’d be interested in one of those.”