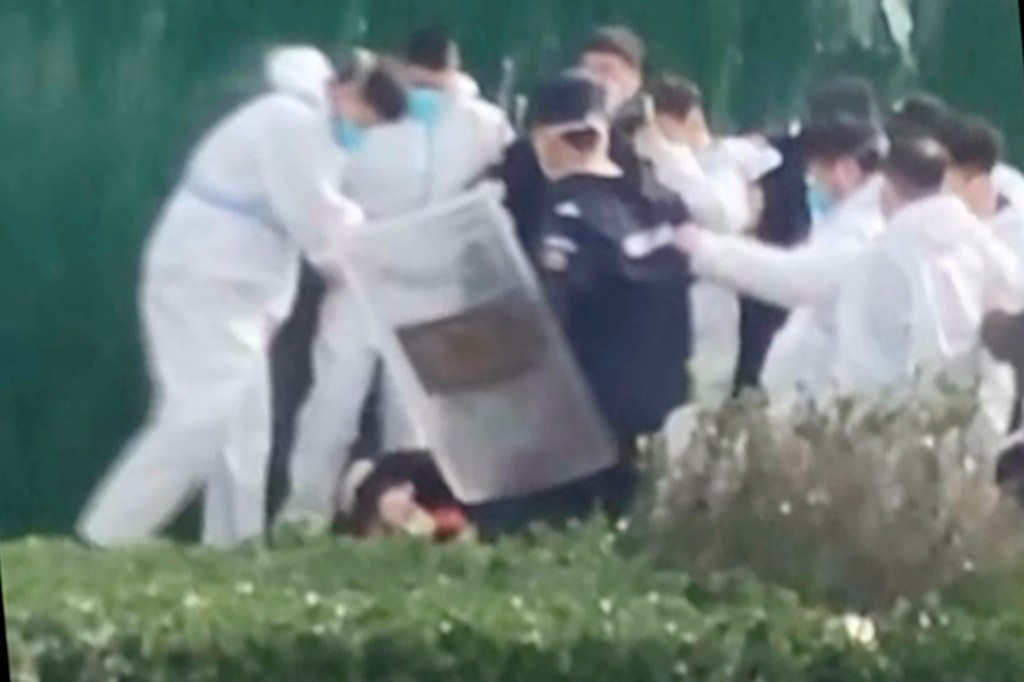 As violent protests raged over a salary dispute, police attacked and clubbed workers at the largest iPhone manufacturing in China, prompting Apple to offer a public apology.

Foxconn, the most notable contract assembler of smartphones and other gadgets, increased wages to entice more staff to return to the massive Zhengzhou facility to produce the new iPhone 14 after hundreds of employees deserted the site last month in protest over hazardous working conditions.

COVID regulations have hindered the company’s efforts to increase output.

According to employee Li Sanshan, commotion broke out on Tuesday when workers who had traveled great distances to take employment at the Foxconn facility accused management of modifying the terms of their compensation.

Li stated that he resigned his catering job after seeing an advertising offering $3,500 for two months of employment. However, once the employees came, the employer required them to labor two extra months at a reduced wage in order to get the $3,500, according to Li.

The police kicked and struck a demonstrator with clubs after he seized a metal pole used to assault him.

Several protestors encircled a police car with policemen inside and began violently shaking the vehicle while yelling in one video footage.

The labor unrest in Zhengzhou occurs at a time when the governing Communist Party is becoming more dissatisfied with limitations imposed in regions around China where stores and offices have been closed and millions of people have been confined to their homes due to record infection rates.

During a protest outside the Apple supplier Foxconn’s facility in Zhengzhou on Wednesday, protestors were clubbed and kicked. An injured individual sits on the ground.

This month, the ruling party pledged to lessen disruptions by reducing quarantines and implementing other adjustments. Nonetheless, the party adheres to a “zero-COVID” stance that seeks to isolate every case while other governments ease rules and attempt to coexist with the virus.

Thousands of employees gathered outside dormitories on Wednesday morning and battled with significantly outnumbered industrial security personnel before anti-riot police were sent in to disperse the demonstrators.

In a video released on the social media site Sina Weibo, a guy identifying himself as the Communist Party secretary in charge of community services urged demonstrators to leave the area. He guaranteed that their requests would be met.

Apple stated it has personnel in the site and was “working closely with Foxconn to resolve the concerns of its employees.”

Foxconn cited a “technical issue” in the process of adding new staff on Thursday and stated that they will be paid as promised.

“We regret for an entry error in the computer system and ensure that the real salary is identical to the agreed-upon amount and the official job postings,” the firm stated in a statement. It pledged to “actively address the concerns and legitimate requests of employees.”

The apology was a 180-degree turn from the previous day, when Foxconn stated that it had met its payment obligations.

Access to an industrial zone around Foxconn’s Zhengzhou facility, which employs 200,000 people, was banned due to COVID outbreaks, prompting the company to warn that iPhone 14 shipments will be delayed.

Workers at the facility with 200,000 employees said that they were forced to share rooms with COVID-infected coworkers.

Thursday, Foxconn issued an apology, attributing the pay disagreement that caused the uproar on a technical error.
AP

Foxconn, whose headquarters are in New Taipei City, Taiwan, rejected internet allegations claiming Zhengzhou manufacturing employees with the virus resided in dorms. It was said that facilities had been cleansed and passed official inspections prior to the arrival of staff.

“Regarding any acts of violence, the firm will continue to interact with workers and the authorities to prevent future occurrences,” according to a corporate statement.

Cailianshe, citing unnamed recruitment agents, alleged that Foxconn gave up to 10,000 yuan (about $1,400) to new workers who wished to return home and resign their jobs.

The argument arises as the ruling Communist Party attempts to manage an increase in coronavirus infections without closing companies, as it did at the outbreak’s onset in 2020. Its strategies include “closed-loop management,” in which staff live at their offices and have no touch with the outside world.

The event at Foxconn was a rare instance of protest in China, where discontent with COVID regulations is mounting.
AFPTV/AFP images from Getty Images

China’s “zero-COVID” approach, which seeks to isolate every case, was revised last month to minimise economic impact by shortening quarantine periods and implementing other measures. In spite of this, the infection rise has forced authorities to restrict access to neighborhoods and factories and to close office buildings, stores, and restaurants in many towns.

On Thursday, the 6.6 million residents of eight districts in Zhengzhou were ordered to remain indoors for five days. For a “war of annihilation” against the virus, daily massive testing was mandated