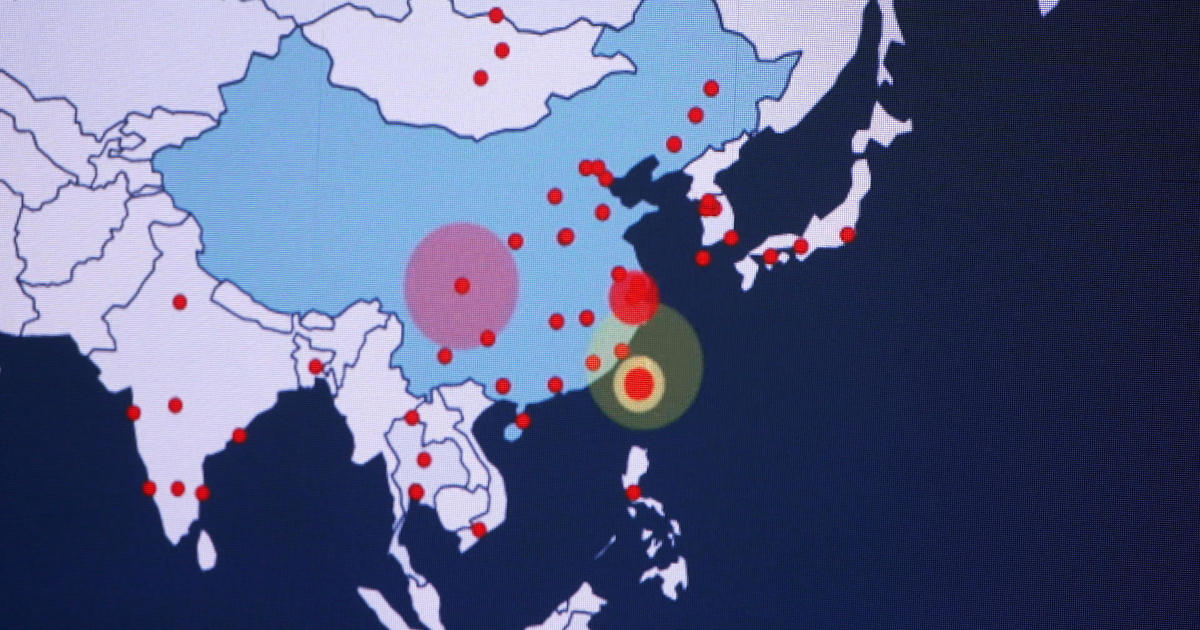 Another effort was being carried out more covertly in the digital sphere in August, when China attracted notice with its extensive military drills off Taiwan.

Just days after U.S. House Speaker Nancy Pelosi came to the island, false reports spread over social media claiming that China was evacuating its nationals from Taiwan and that missiles were headed for a nearby airport.

At the same time, messages reading “Warmonger Pelosi, leave Taiwan!” emerged on hacked digital signs at 7-Eleven convenience shops all around Taiwan. Pelosi was referred to as “an old witch” on digital signage at a railway station in Kaohsiung, a port city in the south of Taiwan.

Even the official government website of Taiwanese president Tsai Ing-wen was down for around 20 minutes due to hackers.

China’s war against Taiwan was well underway on the cyber battlefield.

Kitsch Yen-Fan, associate director for the Global China Hub at the Atlantic Council, said on 60 Minutes that “we are already at war.” “This is a recurring issue.”

According to a 2022 research by the Digital Society Project, an initiative of the Swedish institution Varieties of Democracy, Taiwan has been the world’s top target for foreign misinformation over the last nine years. Politicians and experts in Taiwan claim that China is the primary source of the bulk of these assaults.

According to data, cyberattacks on Taiwan increased before Pelosi’s visit to the island nation in August, including hacking attempts and the propagation of false material on well-known social media sites like Facebook, YouTube, and the widely used instant messaging app LINE in Taiwan.

According to Kitsch, “Fake news on social media is a tool for [China] to prepare the ground for their future operation.” To make their ultimate takeover easier, “they essentially seek to affect public attitudes and demoralize the populace, which is precisely what the Russians were attempting to do in Ukraine.”

In contrast to government spies, many of the individuals submitting bogus information on applications like LINE, in Kitsch’s opinion, seem to be regular Chinese residents. They first post harmless material, such store discounts or events at a nearby temple, in an effort to establish confidence with the Taiwanese members of their chat rooms.

“Additionally, they would have the credibility necessary for people to immediately think “Oh. I can’t believe he’s lying to me. He just recently informed me of that fantastic deal,” “Kitsch elucidated.

According to cybersecurity professionals, the messages that are false or misleading are a part of a Chinese misinformation operation that aims to lower Taiwanese morale. It is also intended to generate mistrust of the United States, one of the island’s biggest friends, by making Taiwanese citizens question that the country will support them in the case of a kinetic conflict.

A video of a White House press conference with the foreboding fake caption, “The United States would leave Taiwan in event of an attack,” was one of the posts that 60 Minutes observed in the LINE app.

This is a component of China’s misinformation effort to portray the United States as an adversary, according to Puma Shen, the head of DoubleThink Lab, a research organization that focuses on Chinese influence activities in Taiwan and across the globe.

Regarding 20% of the college students in Taiwan who were polled about the source of this knowledge claimed the United States and Japan, according to Shen.

China’s cyberwarfare does not simply focus on disinformation. Cyberattacks may also take the form of disruption and hacking efforts, including defacing or blocking access to official websites, as well as more targeted small-scale attacks on digital targets.

Twenty million cyberattacks target the island daily, according to statistics from Taiwanese intelligence, according to Taiwanese parliament member Wang Ting-interview Yu’s with 60 Minutes. Wang said that the vast majority of them come from China.

Wang said that although Taiwan does not participate in counterattacks against cyberattacks, it does defend itself.

“A computer island, Taiwan. We excel in cutting-edge technologies “He said. “These attacks have been coming at us for a while. Therefore, we are pretty adept at countering this type of activity.”