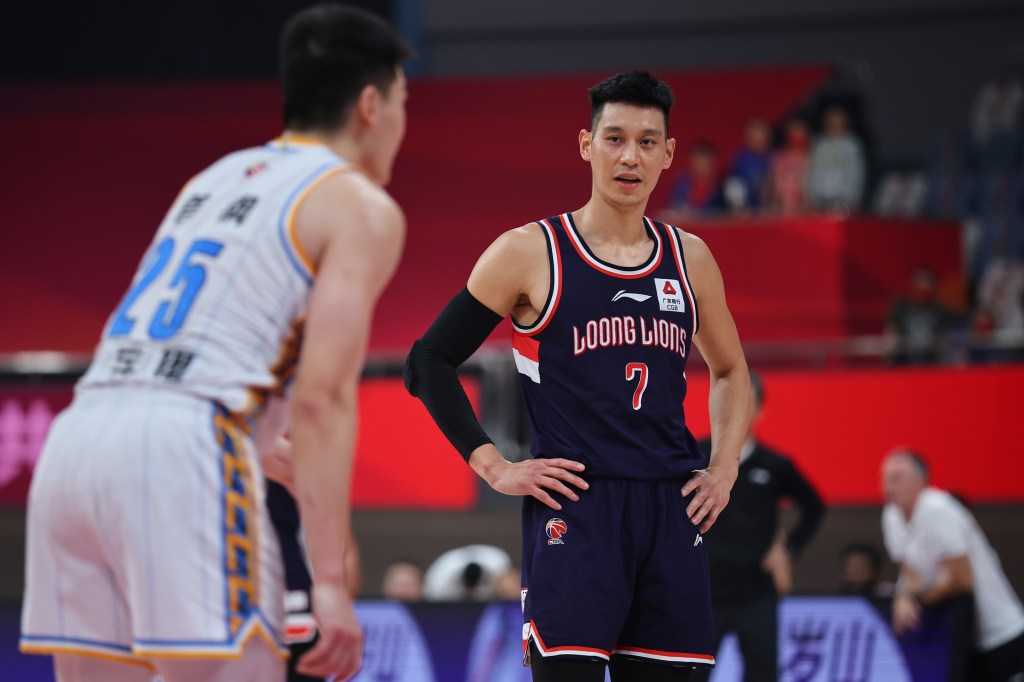 BEIJING — Former NBA star Jeremy Lin, who now plays for a Chinese team, was fined $1,400 for “inappropriate remarks” on social media about quarantine facilities prior to a game, China’s professional league announced on Friday. The government is attempting to quell protests against the world’s strictest anti-virus controls.

Also on Friday, further cities loosened restrictions, enabling shopping malls, supermarkets, and other businesses to reopen following protests in Shanghai and other regions over the weekend, during which some protesters demanded the resignation of President Xi Jinping. The city of Urumqi in the northwest, where a horrific fire sparked the demonstrations, announced the reopening of stores and other enterprises.

The China Basketball Association said that Lin, who plays for the Loong Lions Basketball Club, made “inappropriate remarks regarding quarantine hotel-related amenities” where the team spent Wednesday before a game. It stated that this “had negative consequences for the league and the competitive region.”

The league argued that Lin’s remarks had “negative impacts on the league and the competitive region.”
VCG Images via Getty

The Chinese Communist Party is attempting to silence criticism of the human toll and disruption caused by its “zero-COVID” campaign, which has restricted millions of people to their homes. Protesters have been imprisoned, and images and videos of the events have been removed from social media platforms in China. The police dispersed around Shanghai, Beijing, and other cities to prevent more protests.

Lin’s statements were not detailed by the CBA, and there was no evidence of them on his Sina Weibo account.

The Paper, a Shanghai-based news source, stated that Lin released a video criticizing about hotel workout facilities in Zhuji, Zhejiang province, south of Shanghai, ahead of next week’s games.

On December 1, 2022, in Beijing, China, epidemic control personnel wear masks to prevent the spread of COVID-19 as they stand watch in an area under lockdown.
Getty Pictures

“Can you believe this is a fitness center?” Lin was cited as having said. What sort of trash is this? The Paper reported that the footage was removed after “the context was explained” to reveal that the hotel stay was mandated to be brief.

Vision China Entertainment, which claims on its website to represent Lin, did not reply quickly to a request for comment. No one answered the phone at the Loong Lions Basketball Club’s headquarters in the southern city of Guangzhou.

Lin, whose parents were from Taiwan and who was born in California, was the first NBA player of Chinese or Taiwanese origin.

He played with the Golden State Warriors of California in 2010 before joining the New York Knicks in 2011-12. In 2019, he became the first Asian-American to win an NBA title with the Toronto Raptors. Before joining the Loong Lions in 2019, he competed for the Beijing Ducks.

On November 27, 2022, in Beijing, demonstrators hold up blank papers and yell slogans as they march in opposition to stringent anti-virus measures.
AP

There were no signs of any protests on Friday.

In the previous twenty-four hours, the authorities recorded 34,980 infections, including 30,702 cases with no symptoms.

The number of cases in China is modest, but “zero-COVID” seeks to isolate every sick individual. This has prompted local officials to restrict neighborhood access and close schools, stores, and offices. Manufacturers in central China, including the largest iPhone factory, employ “closed-loop” management, which requires employees to live at the workplace without outside contact.

On November 25, protests broke out after a fire in an apartment building in Urumqi killed at least ten people.

Jeremy Lin was fined $1,400 for his social media comments on COVID-19.
VCG Images via Getty

This sparked online outrage over whether firefighters or victims attempting to flee were impeded by locked doors or other anti-virus controls. Authorities denied this, but the deaths became a focal point of public anger.

The government of Xi has pledged to reduce the cost and disruption of controls, but it maintains its commitment to “zero-COVID.” Health experts and economists anticipate that it will remain in place until at least the middle of 2023, and possibly into 2024, while millions of older people are vaccinated in preparation for the lifting of controls that prevent the majority of foreigners from entering China.

Sui Rong, a member of the Municipal Committee, stated on the website of the official newspaper Guangming Daily that Urumqi will “further increase efforts to resume production and commerce” by reopening hotels, restaurants, large supermarkets, and ski resorts.

On Thursday, the southern city of Guangzhou, the epicenter of the most recent outbreak, permitted supermarkets and restaurants to reopen.

Other major cities, including Shijiazhuang in the north and Chengdu in the southwest, reopened businesses and resumed bus and subway service.

»China punishes a former Knicks player for his remarks about quarantine«