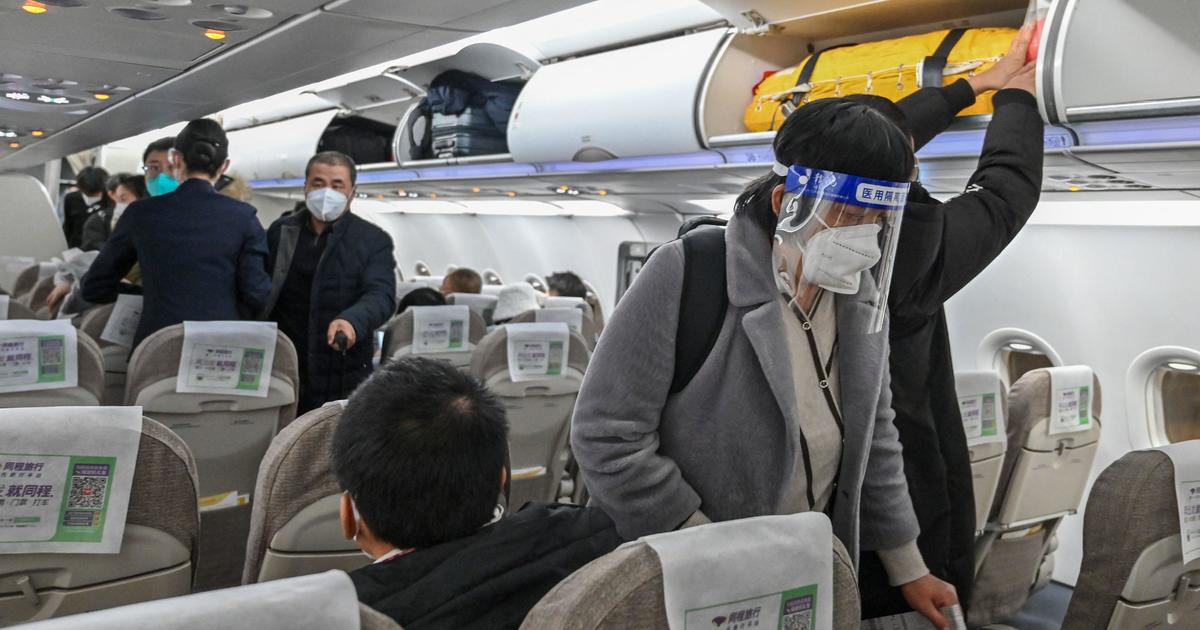 Beijing — The Chinese government has criticized the COVID-19 testing restrictions imposed on Chinese travellers and has threatened retaliation against the U.S. and many European nations.

“We feel that the entry restrictions established by some countries against China lack scientific justification, and that some excessive practices are even more undesirable,” Foreign Ministry spokesperson Mao Ning said at Tuesday’s daily press briefing.
She stated, “We will take countermeasures based on the principle of reciprocity if attempts are made to exploit the COVID measures for political objectives.”

The remarks were China’s most pointed to date over the matter. This week, Australia and Canada joined a growing list of nations requiring travelers from China to take a COVID-19 test prior to boarding their flight. This comes as China confronts a statewide outbreak of the coronavirus after dramatically loosening restrictions during the majority of the pandemic.

Other nations, including the U.S., U.K., India, Japan, and a number of European countries, have announced stricter COVID-19 restrictions for travelers from China, citing a dearth of data on infections in China and worry that new varieties may arise.

Elisabeth Borne, the French prime minister, justified the testing. Starting on Wednesday, passengers flying from China to France will be required to submit a negative viral test conducted within the preceding 48 hours and will be randomly tested upon arrival.

Borne stated on France-Info radio on Tuesday, “We are in our role, and my administration is in its role, to safeguard the French.”
As of Thursday, the United Kingdom will require Chinese travellers to undergo a COVID test before boarding an aircraft. Transport Secretary Mark Harper stated that Beijing’s refusal to share coronavirus data necessitates “information collection.”

Upon arrival in the United Kingdom, health inspectors would test a sample of passengers, but quarantine is not required for those who test positive, he said.

Harper told the LBC radio station on Tuesday that the policy for Chinese newcomers is essentially about collecting information that the Chinese government is not sharing with the international community.

Tuesday, the Swedish Public Health Agency announced that it had recommended the government to compel Chinese passengers to submit a recent negative COVID-19 test.

Sweden, which has assumed the rotating presidency of the EU, has set a meeting of the EU’s crisis management mechanism for Wednesday in Brussels, where travel restrictions will be discussed with the goal of establishing a single position.
Sweden’s government “prepares to be able to implement travel restrictions Gleichzeitig führen wir a discussion with our European colleagues in an effort to obtain as many of the same regulations in the EU as possible “Minister of Justice Gunnar Strommer stated in a statement.

Austria wants to test the wastewater of all planes coming from China for new coronavirus types, the Austria Press Agency reported Tuesday, a day after Belgium made a similar declaration.

Last week, Chinese health officials announced they had submitted data to GISAID, a global platform for coronavirus data sharing.
GISAID stated on Monday that the variants of the virus causing infections in China “closely mirror” those detected in different places of the world between July and December.

During the COVID-19 pandemic, a traveler wearing a face shield and mask boards a domestic aircraft at Shanghai Pudong International Airport in Shanghai, China, on January 3, 2023. HECTOR RETAMAL/AFP/Getty

Dr. Gagandeep Kang, a virus researcher at the Christian Medical College of Vellore in India, stated that the scant evidence from China seemed to indicate that “the pattern was holding” and that there was no indication of a concerning variety arising.

Mao, a spokesperson for the Chinese Ministry of Foreign Affairs, stated that health authorities recently held a video conference with the WHO to discuss the current COVID situation, medical treatment, vaccination, and other technical issues, and agreed to continue technical exchanges to help end the pandemic as quickly as possible.

A senior Hong Kong official denounced the actions of several other nations. Some nations have imposed the criteria on passengers from Hong Kong, Macao, and the Chinese mainland.

Eric Chan, chief secretary of Hong Kong, stated in a Facebook post that the administration had expressed its displeasure with the “unnecessary and unsuitable” regulations to various consulates on Monday.

Some Canadian specialists have questioned the validity of the tests. Kerry Bowman, assistant professor at the Temerty Faculty of Medicine at the University of Toronto, stated that people can test positive for drugs years after entering the country.

After Canada announced steps this weekend, he stated that the need is “not based on research at this time.”

China, which during the majority of the pandemic had a “zero-COVID” strategy that imposed stringent restrictions aimed at eradicating the virus, dramatically loosened these limits in December.

Prior to January 8, Chinese authorities announced that international visitors would no longer be required to undergo quarantine upon entering the country, making travel easier for Chinese citizens.