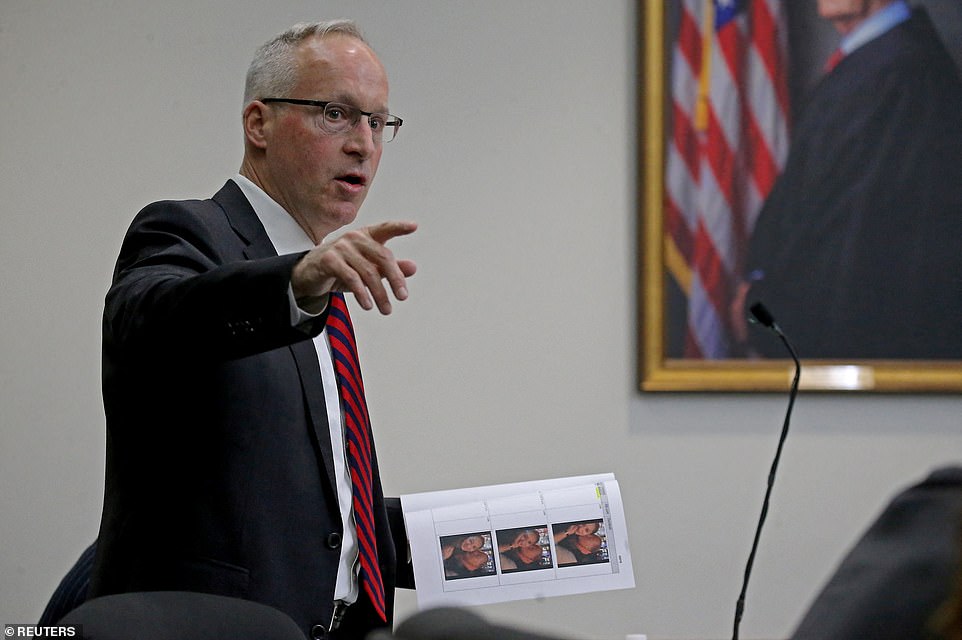 Celebrity chef Mario Batali was found not guilty of indecent assault and battery during his sexual misconduct trial in Boston on Tuesday.

Batali, 61, who had elected for a non-jury trial, was acquitted by of the charged which stemmed from a woman who accused Batali of sexually assaulting her at a Boston bar in 2017 while he posed with her for a selfie.

The 32-year-old Massachusetts resident was one of a handful of women who accused Batali of sexual harassment and misconduct amid the #MeToo movement, which exposed widespread patterns of abuse of women in multiple spheres of American life.

In the non-jury trial, Judge James Stanton of Boston Municipal Court found Batali not guilty of the charge brought on in 2019, saying his accuser had ‘significant credibility issues.’

Batali displayed no visible reaction as the verdict was announced and left the courtroom surrounded by reporters without making a comment. If convicted, Batali could have faced up to 2-1/2 years in jail and registration as a sex offender.

Despite rumors about Batali’s alleged misconduct having circulated for decades, this trial was the only criminal case brought against the chef, once a fixture of the popular Food Network and a star of the ABC cooking and talk show The Chew.

In the trial, his accuser testified on Monday that Batali forcibly groped her breasts, buttocks and crotch area before inviting her back to his hotel room while drunkenly posing for selfies with her at a bar near Boston’s Eataly, the Italian market and restaurant he at the time part owned.

‘It all happened so fast,’ the 32-year-old testified on Monday, the first day of Batali’s trial. ‘Essentially the whole time there was touching of my sensitive feminine areas.’

The woman said was initially ‘shocked’ and ’embarrassed’ about the incident and came forward only after the website Eater.com in December 2017 detailed allegations by four women who also said Batali had touched them inappropriately over at least two decades.

‘I want to be able to take control of what happened and come forward, say my piece, get the truth out there – and everybody be accountable for their actions,’ she testified.

Fuller accused the woman of fabricating the assault with ‘self-serving, biased testimony’ in order to ‘cash in’ with her pending civil lawsuit against the chef seeking more than $50,000 in damages.

‘She lied for fun and she lied for money,’ Fuller told the judge in closing arguments.

However, prosecutor Nina Bonelli countered that case was never about money and that the accuser decided to come forward after reading the stories of other alleged victims.

‘[She] realized she wasn’t alone,’ Bonelli told the judge. ‘[She] couldn’t be silent anymore, and she spoke up. And that was and is her motive.’

Fuller sought to undermine her credibility by questioning her about text messages with a friend in which she joked about meeting Batali and discussed selling her photos.

‘Oh wow, I have a good story for you,’ Fuller said, reading aloud a text message the accuser sent her friend on December 11, 2017. The message included a picture of Batali.

The text continued with the accuser saying: ‘He assaulted me.’

‘Be like, I have a pimp and I want to be compensated,’ the woman’s friend replied.

‘Yeah right,’ the accuser replied. ‘Like, is that how it works?’

Fuller questioned why the woman joked about the alleged assault.

‘I definitely present myself in some of these text messages as being very flippant, making it seem like it’s not a big deal, in this message of texts,’ she told Fuller. ‘But it’s a pretty serious thing.’

The defense, trying to poke holes in the timeline of the woman’s allegations, pointed out that, according to her phone records, she never claimed Batali assaulted her until she read an article detailing allegations from other women.

‘You wanted to get paid for the pictures. That was your first reaction when you saw the article, right?’ he questioned.

‘That’s how I thought this worked,’ she replied. ‘I had never been assaulted – I shouldn’t say that. I never knew what to do when a celebrity violates you.’

Further messages revealed the woman talked to her friend about suing the chef.

‘Well at least we will get some excitement about suing Mario Batali, thankfully,’ the accuser wrote on December 12, 2017 to her friend.

‘F*** yes! Take them all down. 2017, the year we get every last one of these f***s,’ the friend responded before asking if the accuser tried coordinating with the other accusers.

The accuser then allegedly told her friend she emailed a reporter to share her story.

Her friend advised her to withhold the photos so the reporter wouldn’t use them without compensating her and said ‘just play up the story.’

She responded: ‘Omg queen, of course.’

Batali’s accuser denied having any recollection of sending the messages, but admitted she clearly did.

She also strongly pushed back at Fuller for questioning why none of the many photos taken with Batali that night showed the alleged assault.

The woman said the photos were all taken relatively close up and didn’t show how Batali, who she said was visibly drunk, was grabbing her private areas, touching her face and even sticking his tongue in her ear. She said he also invited her up to his hotel room afterward, which she declined.

‘I have never been touched before like that,’ the woman said. ‘Squeezing my vagina to pull me closer to him, as if that’s a normal way to grab someone.’

But Fuller argued the accuser isn’t a credible witness. He honed in on her recent admission of attempting to avoid jury service by claiming to be clairvoyant.

She was also accused in that case of violating the judge’s orders to keep an open mind and not discuss the case with others. In court on Monday, however, she maintained that she can predict major events before they happen ‘to a certain extent.’

Batali opted not to testify during the trial.

Soon after the website Eater.com report, Batali was fired from The Chew and later cut ties with restaurants including New York’s Babbo and Del Posto that he partly owned.

He denied allegations of sexual assault but apologized for ‘deeply inappropriate’ behavior.

‘I have made many mistakes and I am so very sorry that I have disappointed my friends, my family, my fans and my team,’ he said in an email newsletter at the time. ‘My behavior was wrong and there are no excuses. I take full responsibility.’

Last July, Batali and his former business partner agreed to pay $600,000 to at least 20 former employees to resolve claims by New York’s attorney general that their Manhattan restaurants were rife with sexual harassment.

The 2017 explosion of the #MeToo movement exposed patterns of sexual harassment or abuse of women in multiple spheres of American life. U.S. celebrities convicted in #MeToo-era criminal trials have included film