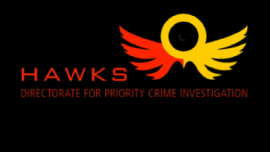 An East London-based chartered accountant has been released on R10 000 bail after he was arrested for allegedly swindling the Unemployment Insurance Fund (UIF) of R884 000 in fraudulent COVID Ters payments.

In a statement, the Directorate for Priority Crime Investigation (DPCI/Hawks) said the suspect, Mark Jonathan Vorster, 43, was facing allegations of fraud, theft and money laundering.

“Vorster allegedly made fraudulent UIF claims for his company and five other companies to receive the Temporary Employer-Employee Relief Scheme (TERS) funds whereas the companies were fully operational.

Breaking:  NADDC to provide jobs in the automotive industry for Nigerians – Aliyu

“He received more than R884 000 cash from the scheme and the owners of other companies were not aware of the claim. Such discrepancies were discovered by a bank official who also managed to recover half of the money from the accused’s bank account,” reads the statement.

“The Hawks team in Pretoria was informed and an investigation was conducted. A warrant for his arrest was issued and well executed by the team.

“A laptop and a cellphone were seized from the accused as part of an ongoing investigation,” said the Hawks.

The case was postponed to 29 July 2021 in the Pretoria Specialised Commercial Crime Court. – SAnews