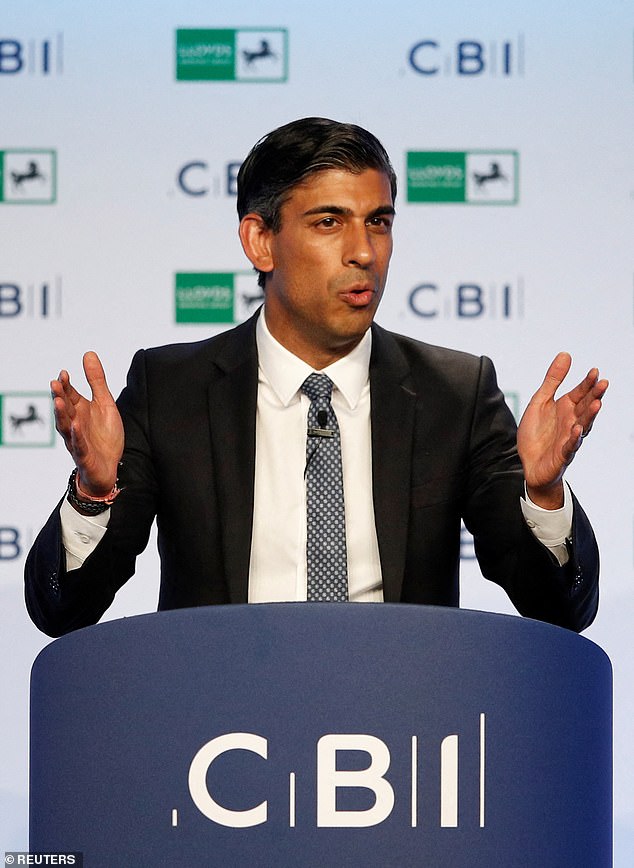 Business leaders, charities and a former chancellor lined up yesterday to urge Rishi Sunak to unveil a package of measures now to help families cope with the rising cost of living.

The Confederation of British Industry called on the Treasury to announce help for the ‘hardest hit’, while the Resolution Foundation said ministers should increase benefits and pensions as soon as possible.

Tory peer Lord Lamont, chancellor under Sir John Major, demanded an increase in Universal Credit to ease the pain for the most vulnerable.

And financial expert Martin Lewis warned of the risk of ‘civil unrest’ as the price of food spirals.

The pleas came as £43billion was wiped off the FTSE 100. The London stock market ended down 1.82 per cent or 135.35 points, while there were also falls on Wall Street. Consumer-focused stocks were the worst hit.

Chancellor Mr Sunak is under pressure after inflation hit a 40-year high of nine per cent, with food and energy costs among the main concerns.

But wrangling has continued within the Cabinet over the idea of using a windfall tax on oil and gas producers – who have benefited from high global prices – to fund measures to help with household bills.

It was reported that Boris Johnson was ‘intrinsically opposed’ to the levy, despite the Treasury being more open to the idea. But Downing Street insisted ‘the Prime Minister and the Chancellor are aligned’.

The Prime Minister’s official spokesman said: ‘You’ve heard them both say effectively the same thing when it comes to these sorts of taxes. We want to see significant investment by these sorts of companies into British jobs to grow the economy, to secure our energy supply for the long term.’

Mr Sunak appeared to acknowledge the need for further support for the poorest in a speech to the CBI on Wednesday night, saying: ‘Right now, we have a collective responsibility to help the most vulnerable in our society.’

But he wants to avoid inflicting further damage on the public finances, which have already been battered by the billions pumped in to the Covid-19 pandemic response, or introducing any stimulus measures which could further increase inflation.

Lord Lamont called on ministers to restore the temporary Universal Credit increase – brought in during the pandemic – to ease the cost-of-living crisis for the most vulnerable.