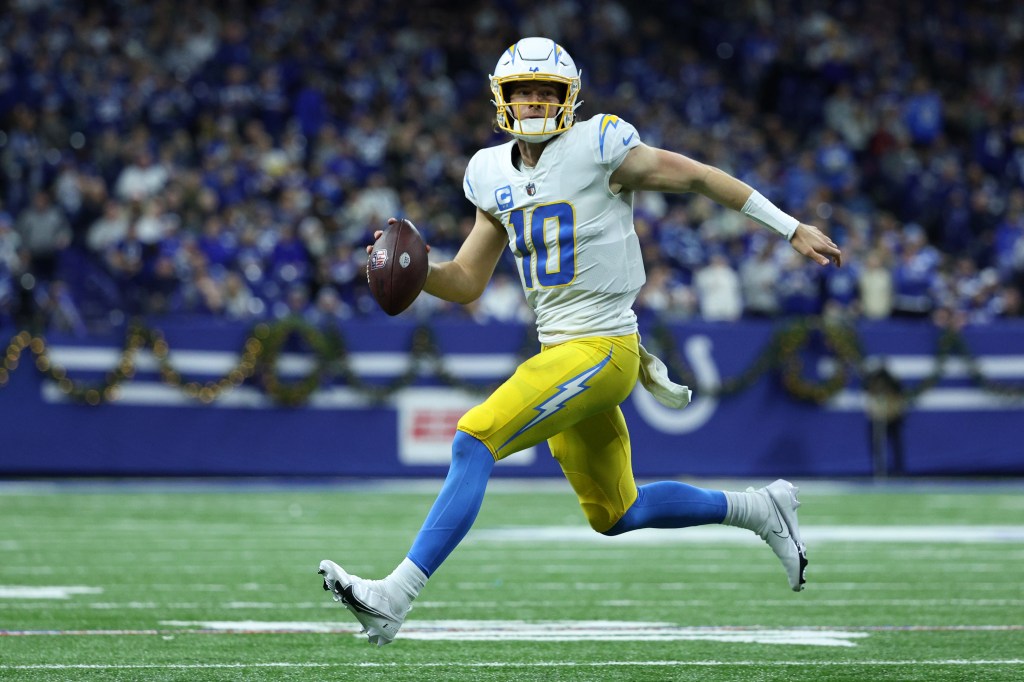 On Monday night, Justin Herbert threw for 235 yards and Austin Ekeler rushed for two scores to help the Los Angeles Chargers defeat the Indianapolis Colts 20-3 and seal a postseason berth.

The Chargers (9-6) qualified for the postseason for the first time since 2018 with their third straight victory.

This week, Nick Foles took over as the starting quarterback for Indianapolis and completed 17-of-29 passes for 143 yards and three interceptions on 29 attempts. In addition, he was fired seven times.

Matt Ryan was benched after the Colts lost a 33-0 halftime lead and fell to the Minnesota Vikings 39-36 in overtime last weekend.

Indianapolis (4-10-1) was limited to 173 total yards in their fifth consecutive defeat.

Ekeler’s 1-yard touchdown run with 8:41 remaining in the second quarter gave the Chargers a 7-0 lead. The Chargers failed to earn a first down on their first three possessions, but on their fourth, they marched 70 yards in 13 plays and took a 7-0 lead.

The Chargers and quarterback Justin Herbert secured a postseason berth.

In the first quarter, the Chargers intercepted two passes, including one by All-Pro safety Derwin James, who had missed the previous two games due to a quadriceps injury.

James engaged Ashton Dulin in a helmet-to-helmet tackle with 5:19 remaining on the first half. James was ejected from the game, and Dulin was subsequently ruled out due to a concussion.

In the Chargers’ victory over the Colts, Austin Ekeler scores a touchdown.

Chase McLaughlin kicked a 46-yard field goal to trim the deficit to 7-3 with 4:21 remaining in the first half.

At the end of the first half, Cameron Dicker kicked a 24-yard field goal to give the Chargers a 10-3 lead.

With 6:01 remaining in the third quarter, Asante Samuel Jr. intercepted the third pass for Los Angeles on their first defensive series of the second half, and the Chargers capitalized with a 21-yard field goal by Dicker to take a 13-3 lead.

Jonathan Taylor, the NFL’s best rusher from the previous season, was placed on injured reserve last week after suffering a high ankle sprain early in the loss to the Vikings.