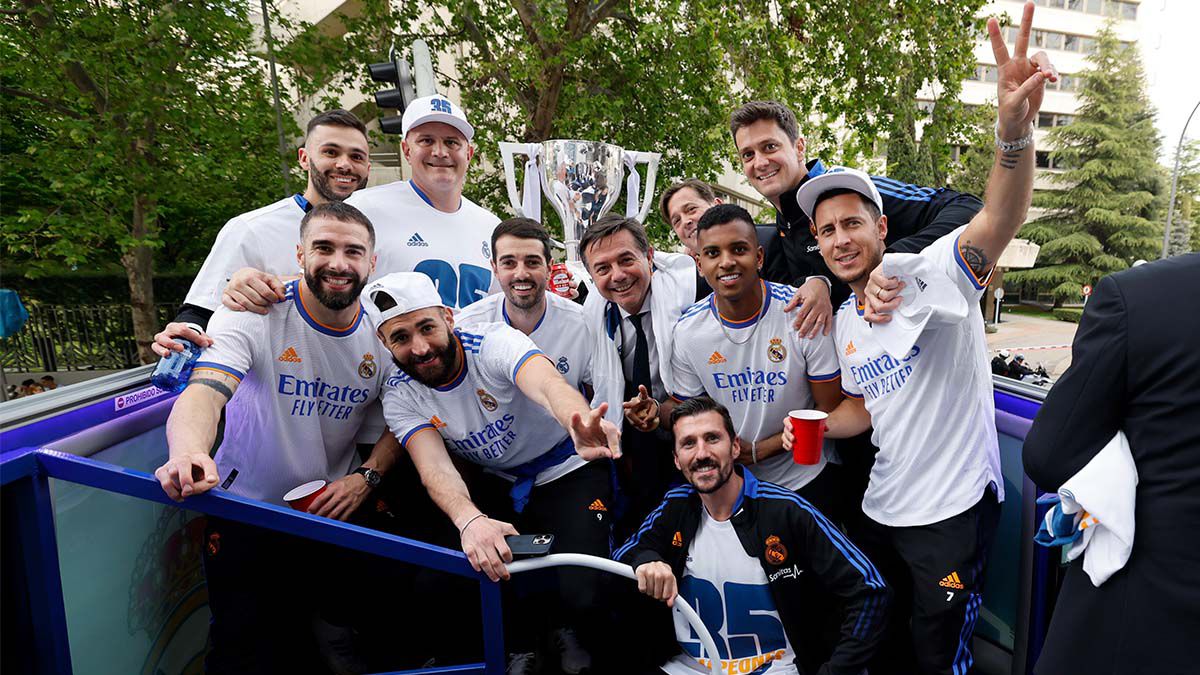 With a 4-0 home win over Espanyol on Saturday, Real Madrid won their 35th La Liga title, and Carlo Ancelotti became the first coach to win all five major European leagues.

Real Madrid scored twice through Rodrygo in the first half at the Santiago Bernabeu, then added goals from Marco Asensio and Karim Benzema in the second half.

With four games remaining, Real Madrid has a 17-point lead over second-placed Sevilla. Barcelona has a game in hand but is 18 points behind the leaders.

“It’s the first time I’ve won a title at the Bernabeu, the atmosphere is really something special,” Ancelotti told Movistar Plus.

“If I was crying (at the final whistle), it’s because I’m happy.”

Madrid won a league they had dominated for months, but dips in form from Barcelona and Sevilla provided the opportunity for an early coronation.

Madrid can now focus entirely on the second leg of their semi-final against Manchester City, which takes place at home on Wednesday. They must overcome a 4-3 loss in the first game to advance to another European final.

“Winning La Liga is unique,” midfielder Luka Modric said on Real Madrid TV, paying tribute to the fans who would miss the club’s title celebrations in 2020 because to the Covid-19 pandemic.

“We played a great match, the atmosphere was incredible and we hope to repeat that Wednesday.”

It is the earliest Madrid have clinched the trophy since they won it with four games to spare in 1989/90.

“It’s the first time we’ve won it with as many games to go, that means a lot. We’ve had an incredible season and now we want to celebrate that a bit,” said Modric.

For the visit of Espanyol, Ancelotti rested Benzema and Vinicius Junior, and Rodrygo took advantage of the opportunity with two goals late in the first half.

On 33 minutes, he collaborated with fellow Brazilian Marcelo to put Madrid ahead, steering into the far corner for only his second league goal of the season.

Mariano Diaz, who was given an unusual start in attack, won the ball deep in Espanyol territory, and Rodrygo rolled in a second with a perfect finish past Diego Lopez.

On 55 minutes, Eduardo Camavinga passed in Asensio, who slammed home a third goal for Madrid on the counter, with Modric being replaced by Toni Kroos and Benzema replacing Casemiro on the hour.

On a historic day for Ancelotti, Benzema scored his 42nd goal in as many games this season in all competitions to secure a rout for Madrid.

The Italian won the Premier League with Chelsea, Serie A with AC Milan, Ligue 1 with Paris Saint-Germain, and the Bundesliga with Bayern Munich before returning to Madrid in June for a second stint.