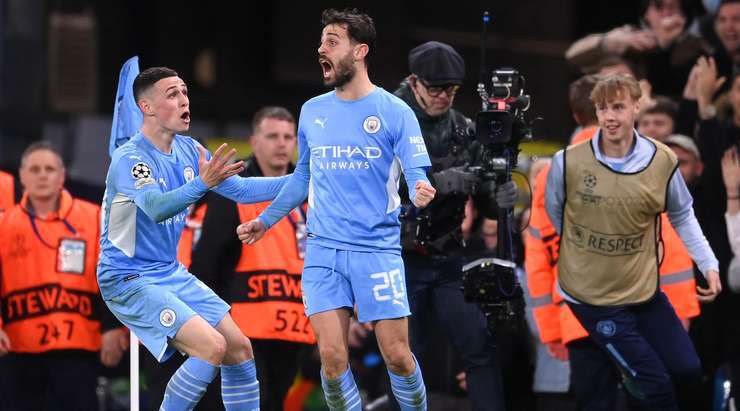 English giants Manchester City have taken a narrow lead after the first leg of their Champions League semi-final against Spanish side Real Madrid on Tuesday.

Manchester City won 4-3 after leading 2-1 at half-time at the Etihad Stadium.

The Citizens opened the scoring through Kevin De Bruyne as early as the second minute before Gabriel Jesus doubled their lead in the 11th minute.

Karim Benzema grabbed a goal back for Real Madrid in the 33rd minute.

Manchester City restored their two-goal cushion in the 53rd minute through Phil Foden, only for Real Madrid to once again slash their deficit thanks to Vinicius Junior’s 55th minute goal.

The home went ahead 4-2 after Bernardo Silva found the back of the net in the 74th minute, but credit to Real Madrid who refused to lie down and were once again only one goal down after Benzema scored his second of the night from the penalty spot in the 82nd minute.

The second leg will take place at the Santiago Bernabéu Stadium in Madrid on Wednesday, 4 May at 21:00 (SA time).