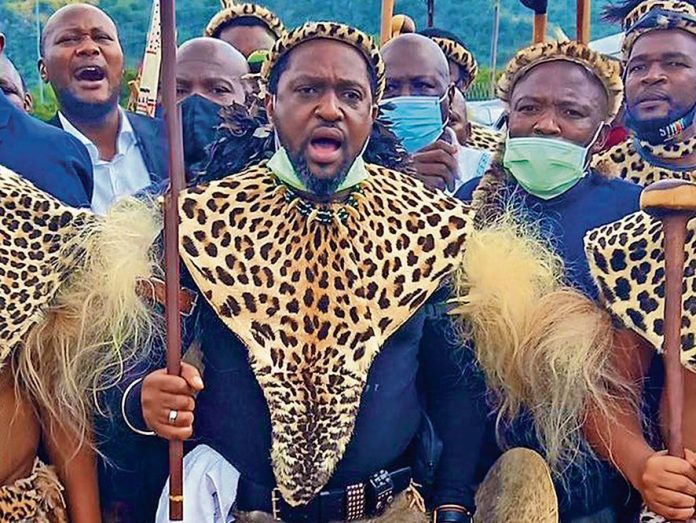 The 144th anniversary of the historic 1879 Anglo-Zulu battle, known as the Battle of Isandlwana, where a strong contingent of AmaZulu regiments (amabutho) clashed with fully armed British soldiers, will take place this weekend in eNquthu.

Isandlwana, a distinctively shaped hill, is the historical location of the fight that occurred on January 22, 1879. The Zulu regiments (amabutho) led by King Cetshwayo kaMpande and armed only with cowhide shields and spears overcame heavily armed British troops who had brought machine guns to the battlefield.

The charming scenery of the white-painted stones, which are the actual graves of the fallen British soldiers in the foothills of the mountain, still serves as a constant reminder of the tragic day when, according to historians, the soil turned red as the lifeless bodies of men lay on the ground after the battle had ended.

At the core of the conflict was the British ambition to seize control of the territory under Cetshwayo and to abolish the ancient Zulu military system, which was greeted with resistance.

AmaZulu traditional prime minister Prince Mangosuthu Buthelezi told amakhosi, amabutho, and cultural enthusiasts on Thursday in Ondini, the heart of KwaZulu-Natal, that the commemoration evokes the decisive 1879 battle and the consequences it had for the Zulu kingdom. The event was presided over by the reigning AmaZulu King MisuZulu kaZwelithini.

Buthelezi remarked, “But we will never forget the glorious victory at Isandlwana, for it was there that the unconquerable spirit of the Zulu nation was born.”

“The events of Isandlwana altered the course of history. Isandlwana became a singular historical event with far-reaching effects. It garnered unparalleled respect for our nation and shook the confidence of the biggest colonial power.”

Ondini, also known as Ulundi, has sentimental and historical significance in the Zulu resistance against white invasion. Seven months after the Isandlwana fight, on July 4, 1879, the British troops also set fire to the royal palace of Ondini, which belonged to King Cetshwayo.

After the British were humiliated in the Battle of Isandlwana, the British generals and the British monarch supposedly instructed that Cetshwayo’s power be broken. There are also the graves of numerous historical martyrs and Zulu monarchs in the region.

King MisuZulu, joined by his wife Queen Ntokozo Mayisela, informed his subjects that, although their ancestors had won the fight, the art of war has evolved.

“We must grab what is beneficial to us and oppose those who seek to ruin us as a nation. The struggle is no longer about spears and shields; instead, we must instill a culture of education, care for our fellow man, and strive to be unselfish. MisuZulu stated that although we coexist with other nations, we must not be diluted.

The district mayor of Zululand, Thulasizwe Buthelezi, stated that efforts are underway to capitalize on the region’s rich history and establish a robust heritage tourist industry.

“The provincial government has just awarded us a grant to upgrade the Prince Mangosuthu Buthelezi Regional Airport. This type of heritage tourism is a crucial driver of the local economy’s growth. Buthelezi stated that the airport is a major asset that would be utilized to stimulate the economy.

MisuZulu’s idea to open royal palaces to the public, allowing visitors to experience the royals and the Zulu kingdom from the inside, is another initiative that Buthelezi believes will draw international tourists.

»Celebration will bring to mind the decisive Battle of Isandlwana«