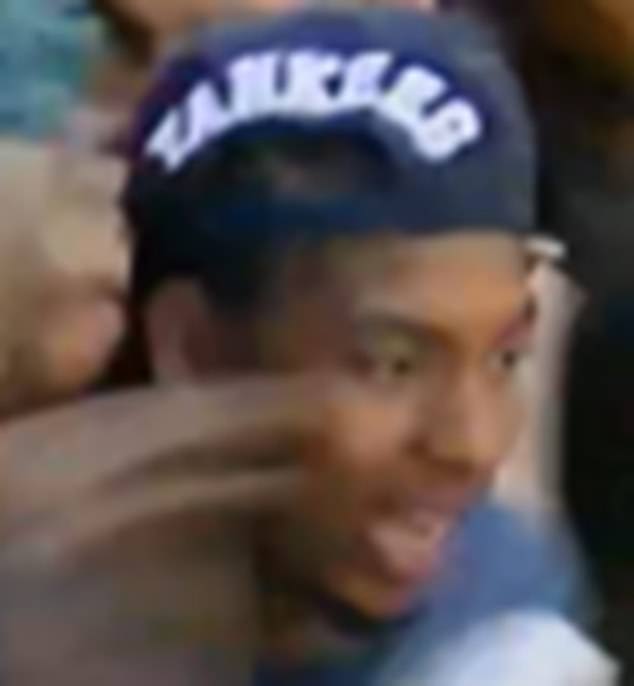 After a future father was killed, detectives are looking for two individuals and trying to identify them.

In connection with a homicide that occurred during the Notting Hill Carnival, the Metropolitan Police have issued two pictures of the individuals with whom they are urgently seeking contact.

Takayo Nembhard, 21, was fatally stabbed while attending the festival. On August 29, around 8 o’clock in the evening, he was assaulted in Ladbroke Grove under the Westway flyover.

Rapper Takayo, who resides in Bristol, went to the Carnival with his sister and pals. He died from a stab wound to the right groin femoral artery, according to a post-mortem study.

The first image shows a guy with the words “Yankees” emblazoned on the back of his dark blue hat and a blue t-shirt. He’s had his hat on backwards.

The male may have sparse facial hair, particularly in the beard region.

In the second image, a guy with nicely pulled-back hair and a black shirt is seen. He also has what looks to be a goatee-like, sparse quantity of facial hair.

The passing of Takayo has left a deep sadness for everyone who loved and still loves him, according to Takayo’s family.

He was eager to have a family and would have been a wonderful father since he came from a solid household. On November 9, he gave birth to a son, which should have been a joyful moment but instead was bittersweet.

“Our family, which includes his fiancée, still has everyday difficulty adjusting to life without him.

“Our family implores the public to provide any information they may have, including any videos or pictures that were taken in the vicinity of Ladbroke Grove on August 29.

‘Please aid us in bringing Takayo’s murderers to justice so that we may have some solace in knowing he didn’t die in vain.’

Four persons have been detained thus far on suspicion of murdering Takayo.

A 23-year-old male and an 18-year-old guy were detained in Bristol on Wednesday, October 19, on suspicion of murder.

In Islington, a 20-year-old woman [C] was also detained on suspicion of helping a criminal.

Following additional investigation, the 18-year-old guy (B) and 20-year-old woman (C) were released on bond. The 23-year-old male [A] was let go while an inquiry was ongoing.

On Saturday, October 22, a 17-year-old man [D] was detained in Bristol on suspicion of the murder and later released on bail awaiting more investigations.

We are making significant progress in our investigation into Takayo’s untimely death, which has understandably crushed his family, according to Detective Inspector Laura Semple, a specialist in crime.

However, in order to identify the males in these pictures, we still really need the public’s assistance. Please come forward if you can provide any information on Takayo’s murder, no matter how little.

Witnesses may post images and videos of the occurrence to a special page that has been created for this purpose.

Alternatively, information may be submitted by tweeting @MetCC with the hashtag #7478/29AUG or by ringing the incident room directly at 020 7175 2206 to speak to an officer.

Call 0800 555 111 or go to www.crimestoppers-uk.org to get in touch with the independent charity Crimestoppers if you want to remain completely anonymous. They don’t monitor your device, and they never ask you for personal information.