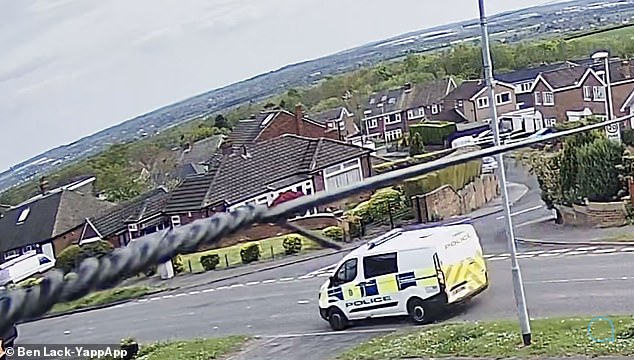 This is the shocking moment brazen thieves stole an Amazon van full of parcels in a village near Leeds.

The CCTV footage was captured in Great Preston, located between Kippax, Swillington and Garforth, on Saturday afternoon.

The video shows the thieves pounce when the driver leaves his van at a junction to make a delivery to a property opposite.

In the footage, two men on a motorbike can be seen waiting for their opportunity to strike.

They approach the parked van and the motorbike driver jumps off, before entering the vehicle.

According to neighbours, the driver claimed he was mugged for his keys when he left the van unattended.

In 2018, Amazon started putting fake packages in their delivery trucks to test the integrity of their drivers.The online store planted the dummy parcels at random in a ploy to catch delivery drivers that steal customer packages.

The thief-detecting strategy was ordered from Amazon’s headquarters in Seattle as a response to overwhelming reports of package thefts.

Drivers are supposed to scan every package in their truck. The labels on the fake packages were intentionally rigged to bring up an error message when scanned.