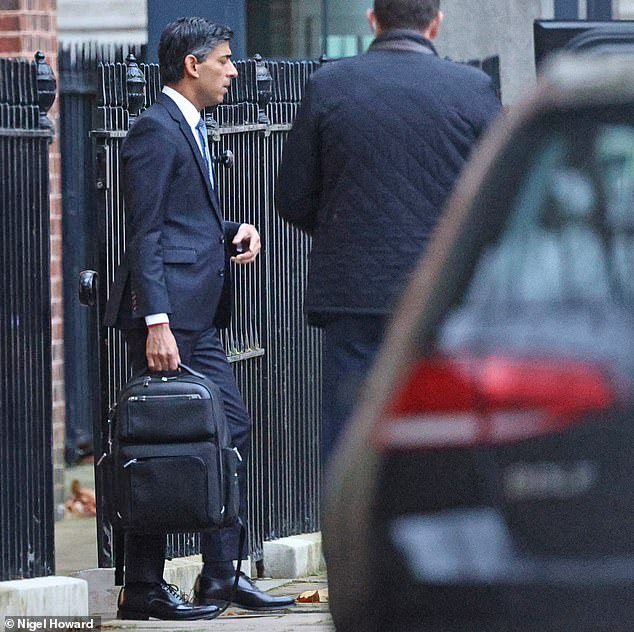 Today, the head of the CBI urged Rishi Sunak to increase immigration to stimulate economic growth.

He noted that there are over a million job openings and an enormous number of economically inactive individuals.

The comments were made as the prime minister prepared to deliver a speech to business leaders at the CBI conference in Birmingham, in which he will urge them to prioritize innovation in order to revitalize UK plc.

However, immigration minister Robert Jenrick rejected the proposal, stating that the government was determined to reduce net immigration and that businesses should focus on “training up, improving the skills of British people, and getting them into the workforce.”

The issue has returned to the forefront after the Office of Budget Responsibility revised its projections of net migration to the United Kingdom upwards.

The OBR stated that its upward revision was based on “evidence of sustained strength in inward migration since the post-Brexit migration regime was introduced” as well as discussions with the Migration Advisory Committee of the Home Office.

Think tanks hypothesized that the OBR’s forecast of higher-than-anticipated net migration had averted the need for even larger tax increases and deeper spending cuts than those outlined in yesterday’s Autumn Statement by Mr. Hunt.

The OBR report highlighted how a “larger contribution from net migration” is “offsetting slower productivity growth.”

This morning on BBC Radio 4’s Today programme, Mr Danker stated: ‘When it comes to immigration, it’s quite interesting to note that, according to the OBR report released on Thursday, the only factor that has significantly impacted economic growth is allowing a bit more immigration.

We have literally over a million job openings in this country, and 600,000 individuals who are currently long-term ill and will not be returning to the workforce anytime soon.

“Therefore, we must obtain this shortage occupation list – the list of people we desperately need but won’t be able to find in the United Kingdom any time soon – in order to bridge the gap while we re-calibrate the labor market in the medium term.

I’m afraid it’s one of those growth levers that doesn’t cost money, but I recognize it’s a difficult political decision for conservative politicians.

However, Mr. Jenrick stated that British employers seeking “lower-skilled labor” should look to the “domestic workforce” because the United Kingdom is committed to reducing net migration.

We wish to reduce net migration. It’s something that, as you say, is extremely important to the British people, and we’re on their side,’ he told TalkTV.

He continued, “If British firms are seeking less-skilled labor, they should look first to the home workforce.”

‘It should be training up, strengthening the capabilities of British people and getting them into the workforce – because there’s still five million British people who are not economically engaged, including roughly half a million who left the labor around the time of the epidemic.

These are the types of individuals most concerning to the government. If they wish or are able to return to the workforce, we want to equip them with the skills necessary to do so, and British employers should assist us in this endeavor.