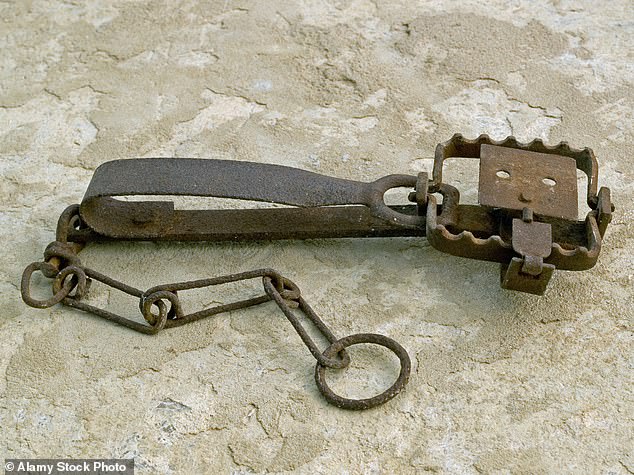 Photos of the ‘horrific’ injuries a domestic cat had after her paw was stuck inside an illegal wildlife trap are horrifying.

On Wednesday, October 26, Belle was strolling near to her house in the Forest of Dean, Gloucestershire, when she was allegedly trapped in the jaws of the illegal device.

The injured cat somehow made it back to her owner’s house, who was in a state of shock, but the veterinarians who are now caring for her believe they may need to amputate her limb.

Stoat and foxes were captured using the vicious spring-operated device known as a “Gin Trap,” but it was formally outlawed in 1958.

PC Local pet owners were cautioned to exercise caution by Cath McDay of the Rural Crime Team of the Gloucestershire Constabulary.

No one should have to go through this because of a negligent individual who set a trap unlawfully, for whatever the intended reason, she added. To see a pet in this circumstance is horrible.

According to PC McDay, “This kind of trap uses spring-operated jaws with fangs to capture an animal by its leg or head, and the damage it can inflict are sometimes horrifying.”

There are further offenses that have been committed as a consequence of Belle’s suffering in addition to creating a gin trap, which is a major offense.

Pet owners in the Lydney area are urged to exercise caution in light of this occurrence, and PC McDay added: “I implore anybody with information to get in touch with us.”