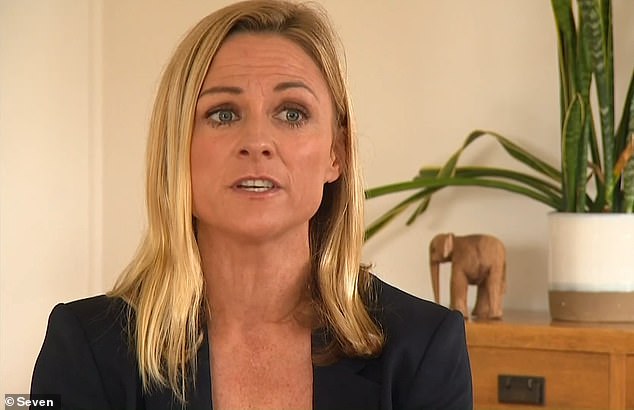 The Commonwealth Bank has so far failed to pass on the latest official interest rate rise to everyday savers, but Westpac, NAB and ANZ have.

CBA was the first major lender last week to announce it had passed on in full the Reserve Bank of Australia’s 0.25 percentage point rate increase to its variable rate home loan borrowers.

Within a year, typical borrowers with a $600,000 mortgage could be paying more than $700 extra a month on their mortgage repayments with two big banks now expecting seven more interest rate increases by May 2023.

But when it came to savings accounts, CBA was the only major bank yet to act on Monday morning, almost a week after the RBA increase, ending the era of a record-low 0.1 per cent cash rate.

CBA’s GoalSaver and NetBank Saver accounts still have a 0.25 per cent savings rate, even though the Reserve Bank raised its cash rate by a quarter of a percentage point on May 3.

The online NetBank Saver is expected to be increased by a quarter of a percentage point to 0.5 per cent.

‘Consistent with our past practice, we will be updating our customers in the coming days with the changes to our deposit rates which will, for example, include a 0.25 per cent increase to our popular Netbank Saver account,’ a spokeswoman told Daily Mail Australia.

But the GoalSaver is staying at 0.25 per cent for the time being.

The other big banks – Westpac, NAB and ANZ – have all increased their bonus savings rates by a quarter of a percentage point to levels ranging from 0.4 per cent to 0.5 per cent.

That would see the same deposit be worth $1,004 to $1,005 after a year without further savings being put in.

‘This is a hugely disappointing decision from CBA,’ she said.

‘Savings customers with Australia’s biggest bank have a right to feel ripped off.

National Australia Bank chief executive Ross McEwan declined to comment on CBA but noted savers had missed out for more than a decade.

‘For the last 11 years savers have been hurt with interest rates coming down, so we thought it was very important that we look after them,’ he told reporters on Thursday.

From May 13, NAB’s Reward Saver rate rises to a maximum rate of 0.5 per cent.

Westpac’s Life product will have a 0.5 per cent savings rate from May 17.

ANZ’s Progress Saver account will have a 0.4 per cent rate by May 13.

But the Commonwealth Bank’s GoalSaver stays at 0.25 per cent – the lowest of the major banks.

This is still lower than the one-year term deposit rates offered by smaller players.

These banks offer even better rates for two-year term deposits.

Judo pays out 3.5 per cent at maturity, Macquarie Bank offers 3.3 per cent while AMP Bank pays 3.25 per cent.

The Big Four banks have now all adjusted their interest rate forecasts for 2023 after the RBA on Tuesday raised the cash rate for the first time since November 2010.

The Reserve Bank’s 0.25 percentage point increase was bigger than market expectations of a 0.15 percentage point rise, taking the cash rate to 0.35 per cent – the highest since March 2020 at the start of the pandemic.

This was in response to March quarter inflation data showing an annual increase of 5.1 per cent – the steepest pace since mid-2001 after the GST was introduced.