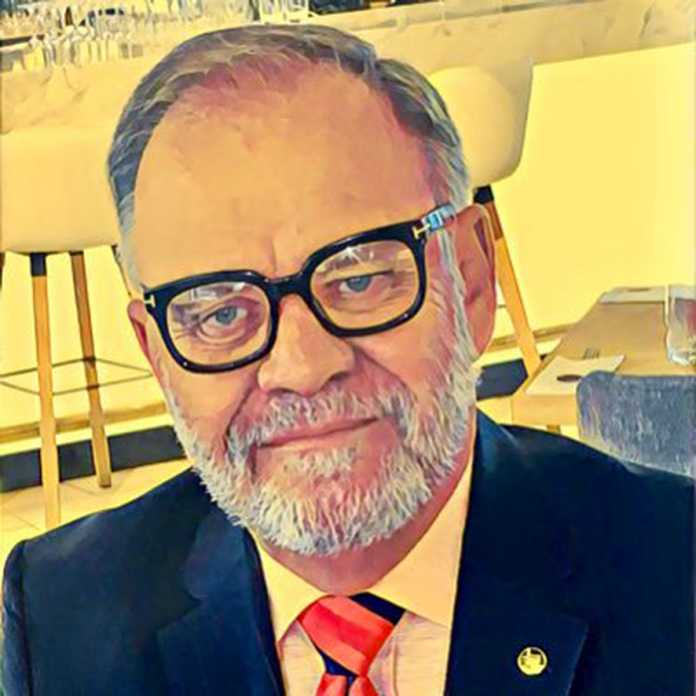 Carl Niehaus, the former spokesperson for the uMkhonto we Sizwe Military Veteran’s Association, has thrown in the towel.

Niehaus announced his resignation from the ANC “with immediate effect” on Friday. However, the party had already ousted him before to last week’s 55th National Conference.

Niehaus, who was banned from the ANC, was charged with six charges of misconduct for violating ANC Constitutional Rule 25.

One of the charges pertains to a press conference that he held in Nkandla following the issuance of an arrest warrant for former president Jacob Zuma for failing to appear before the Judicial Commission of Inquiry into Allegations of State Capture, which is now chaired by Chief Justice Raymond Zondo.

Niehaus was cited as saying during the news conference that Zuma’s legal difficulties were the product of factionalism and politicians utilizing state agencies such as the National Prosecuting Authority to persecute the former ANC president.

After receiving the news of his expulsion from his “comrade” Supra Mahumapelo, Niehaus filmed his enraged reaction and declaration that he would appeal. According to him, the appeal resulted in the suspension of the expulsion pending the decision. He stated at the time that he was still an ANC member and would not yield to pressure.

“I have already filed an appeal against the injustice of my illegal expulsion by the ANC National Disciplinary Committee.” Because I filed an appeal, the absurd expulsion has been put on hold. He stated at the time, “I remain a full member of the ANC.”

However, in a statement released on Friday, a fervent admirer of former president Jacob Zuma said that he is terminating his almost 43-year ANC membership.

Niehaus announced his resignation from the ANC with “great anguish and profound pain in [his] heart,” despite accusations that he is leaving a party from which he has already been dismissed.

Niehaus stated, “I am aware that some will continue with their cheap Stratcom political propaganda, attempting to downplay the gravity and significance of this decision by arguing that I cannot resign from an organization from which I was seemingly already “expelled.” Since I have properly appealed and filed my Heads of Argument with the ANC National Disciplinary Committee of Appeal (NDCA), the status quo of my ANC membership has been maintained, and my alleged expulsion has been suspended until the NDCA rules on my appeal. To put things plainly and simply, I remained a member of the ANC and am now withdrawing my membership with this public statement.

“I am immediately terminating my uninterrupted veteran ANC membership of over 43 years, effective with the release of this media statement.”

“I have already emailed a copy of this media statement and a brief cover letter to the ANC Secretary General’s office. In addition, I have directed my colleague and legal representation, Dr. Mathews Phosa, to withdraw my appeal against the bogus, harsh, and unlawful ‘expulsion’ that the kangaroo court of the National Disciplinary Committee unilaterally and unjustly imposed upon me.”

Niehaus has withdrawn his appeal against his expulsion, stating that pursuing his anger further would be “illogical and a waste of time.” According to him, the appeal will fail regardless of Fikile Mbalula’s trumpeting as the freshly elected ANC secretary-general.

“There is also no reason for me to submit to the ongoing farcical kangaroo court of the ANC National Disciplinary Committee and, by extension, the National Disciplinary Committee of Appeal. The fabricated charges leveled against me never had a shred of legitimacy. Under Fikile Mbalula, who has emerged so farcically as the Secretary General (SG) of the ANC, there is no possibility that any appeal will be heard fairly. Mbalula’s own triumphalist dictatorial pronouncement at the closing press conference of the 55th National Conference, that he will be an Inquisition-like enforcer, is ample proof that the so-called “New Dawn” is now a full-fledged era of dictatorship and persecution…”

Two days before to his resignation, Niehaus hosted a three-and-a-half-hour #InMyCrosshairs Twitter Space in which he stated why he could no longer continue to serve under the ANC.

ANC forefathers are likely “spinning in their graves” over the party’s current “disgraceful conduct,” according to Niehaus, who has accused the organization of straying from its principles. In the video, he stated that the ANC has become a “servant-like service” of white monopoly capitalism.

“Our ANC forebears are turning in their graves!” Imposters have taken control, and they are misusing the ANC colors and logo for a neoliberal thing that is no longer the original ANC and is now in the servile service of White Monopoly Capitalism (WMC) and Western Imperialism, led by sellout agents and spies under the criminal mafia leadership of Cyril Ramaphosa.

Together with other devoted comrades, I’ve done everything in my power to prevent this tragedy from occurring. We have, sadly, failed. The ANC is no longer viable and cannot be saved.

Niehaus has stated that he will continue to pursue the liberation principles that initially drew him to the ANC.

“I commit to continue devoting my life and every ounce of my energy to the liberation principles that inspired me to join the ANC in the first place. Absolutely nothing has changed for me personally. I shall be an integral component of the fight for Radical Economic Transformation (RET) and complete liberation. As is the case with the ANC, when one vehicle for achieving our emancipation falters and dies, others MUST emerge. The vision of a truly liberated and just South Africa cannot be and will never be destroyed.

“Continue your efforts!” he concluded.

»Carl Niehaus resigns with immediate effect from the ANC«