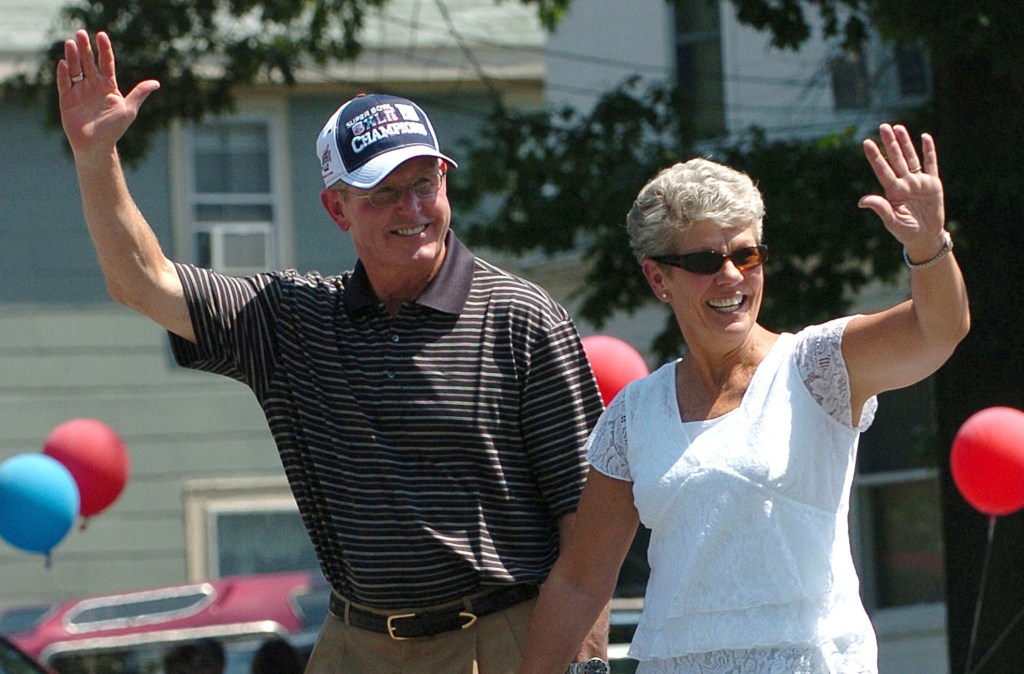 There was never any doubt that Tom Coughlin would dedicate his new book, “A Giant Win,” to his wife Judy, whom he married as a senior in college at Syracuse. Therefore, it is hardly surprising that the first words are “To Judy. The true victor. One ring is more significant to me than the others.

Coughlin wishes he did not had to devote so many pages to the epilogue of the book to describing Judy’s struggle with progressive supranuclear palsy. Judy was struggling and Coughlin was her principal caregiver when he completed the book, which was a wonderfully thorough account of the 2007 season, including the Patriots’ Super Bowl XLII upset. Since the publication of the book, Judy Coughlin died on November 2 at the age of 77.

Tuesday, Coughlin said over the phone, “Tough times, my friend.” “We’re numb. We concluded the procedure, then traveled to our hometown for the graveside service. We just returned home last night. It’s tough. What can I say?”

One day previously, Coughlin had buried his wife of 55 years in a quiet, intimate ceremony in Waterloo, New York, their common birthplace. 750 people attended the funeral in Jacksonville, Florida, earlier.

The story Coughlin wanted to tell in his third book, the Giants’ shocking victory over the Patriots in Super Bowl XLII, is one that he hopes will inspire those who cannot see a way out of a difficult situation. During the 2007 season, no one expected the Giants to reach the Super Bowl. Even after making it to the Super Bowl after an improbable playoff run and three road victories, Coughlin’s team was not favored to defeat the Patriots. This 17-14 victory is one of the most memorable upsets in Super Bowl and sports history.

“The concept of where we were as a country, COVID, followed by inflation, is exemplified by this book,” Coughlin declared. “Every American can rally behind this. It is without a doubt the greatest upset in Super Bowl history. It is considered one of the finest Super Bowl games ever played. The real details and intimate stories and the relationships and how we went about our daily business and how we came back from down moments when no one gave us a chance — no one gave me a chance or gave the quarterback [Eli Manning] a chance — and starting out 0-2 with [defensive coordinator Steve] Spagnolo and giving up 80 points on defense, all of these things are an incredible story that can be directly applied to life.

In the book, Coughlin is quoted as saying, “Nobody in the history of the game would I take over him” in a crucial game. Michael Strahan, according to Coughlin, is “the greatest natural leader I’ve ever been around.” Coughlin analyzes even the smallest of details. He adds that he favored headsets with two ear flaps, when most coaches use only one, so that he could be “totally involved in the activity at hand.” During the downtimes, Coughlin mentions that having both ears covered helped to muffle the chanting of “Fire Coughlin.”

The book’s core topic is overcoming adversity, and Coughlin exemplified this trait while caring for his wife.

He stated, “It’s a dreadful sickness, a stupidly devastating condition.” “It deprives the victim of everything. She was unable of speaking, walking, or performing any action for nearly a year. However, I was still able to interact with her, as she would smile or look me in the eyes when she understood what I was saying. However, things began to rapidly deteriorate, and she was suffering as a result. She is in paradise. If she is not in heaven, we are all in grave danger.

Coughlin stated that his shoulders are “shot” as a result of lifting Judy into and out of bed.

He stated, “No complaints whatsoever; do it again any time.” “Because of what she’s done for me, I was able to pursue a career. I coached and taught, while she was responsible for everything else, and I do mean everything. She was also extremely talented. She constructed three homes. She had an incredible, radiant smile, loved, cared, and was always kind, and she had the ability to make whoever she was speaking to feel like the most important person in the room. It is a rarity. She has friends all over the world, and their response over the past three years has been astounding.

Since Judy’s passing, Coughlin claims he “doesn’t know what the hell to do” in the early evening. He has prepared Judy’s dinner and gotten her ready for bed for the past two years. There is now a void.

“You turn into a vegetable at 8:30 p.m. He stated, “You do nothing but sit in a chair like a zombie.” “I have been Judy’s caregiver for the past several years, whereas Judy was my carer for the previous 50 years. That sums up the situation.