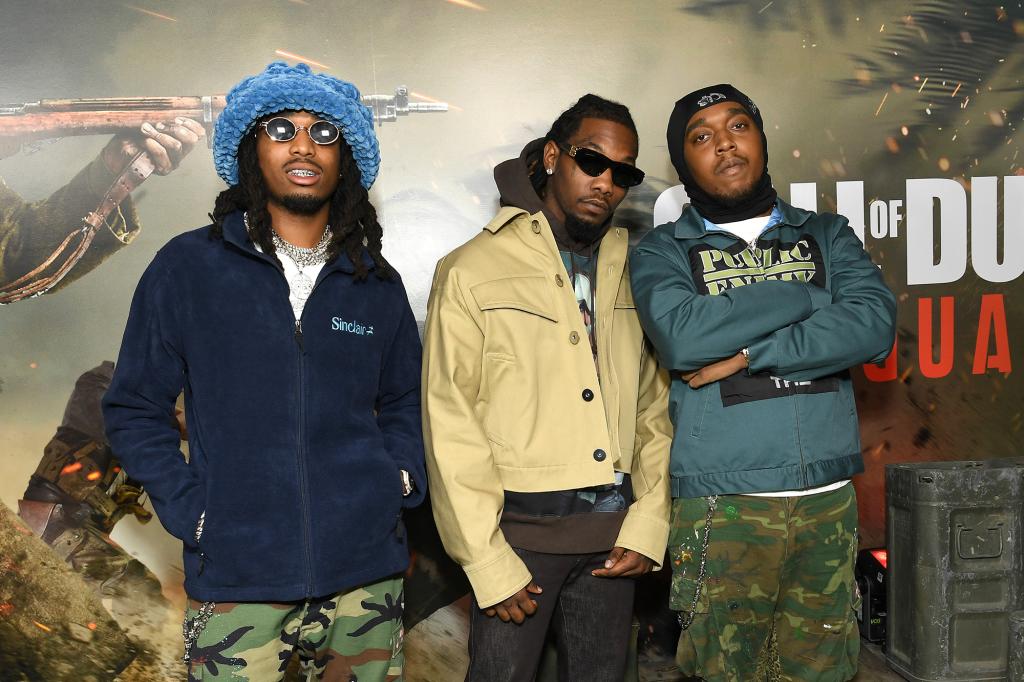 Cardi B has felt “hopeless” in her attempts to make Offset happy in the weeks following Takeoff’s death.

The “WAP” rapper stated that she and the Migos hitmaker have attempted to live “normal” lives, but have struggled to deal with their true emotions.

“We’re living a normal life, but our hearts have been so heavy,” she said on “The Neighborhood Talk,” adding, “I feel like if I talked about how we really feel, what motherf–kers have really been going through, y’all would start saying, ‘Oh, sympathy.'”

Cardi continued, “We do not desire any pity.” “We ain’t no charity case, but truth be told, I’ve felt so helpless trying to make my husband happy, attempting to make him crack a smile.”

The 30-year-old rapper from “Bodak Yellow” stated that seeing Offset “randomly cry” has broken her heart. She acknowledged that after a few weeks have passed since the tragic shooting at Takeoff, people are beginning to feel more “comfortable attempting to be humorous.”

On November 1, Takeoff was shot and killed in a Houston bowling alley following an altercation over a dice game. He was 28.

Kirshnik Khari Ball, also known as Takeoff, was pronounced dead at the scene.

Following the star-studded memorial for the deceased rapper, Offset took to social media to express his “shattered heart” and “unbearable pain.”

The “Bad and Boujee” rapper wrote on Instagram, “I’ve been going to sleep and waking up hoping that all of this is a dream, but it’s reality, and reality feels like a nightmare.”

“I wish I could give you one final hug. Laugh a final time. Smoke one last time. Perform one final time,” he said, adding that his cousin “is now in heaven.”

»Cardi B ‘hopeless’ after Takeoff’s death to make Offset happy«