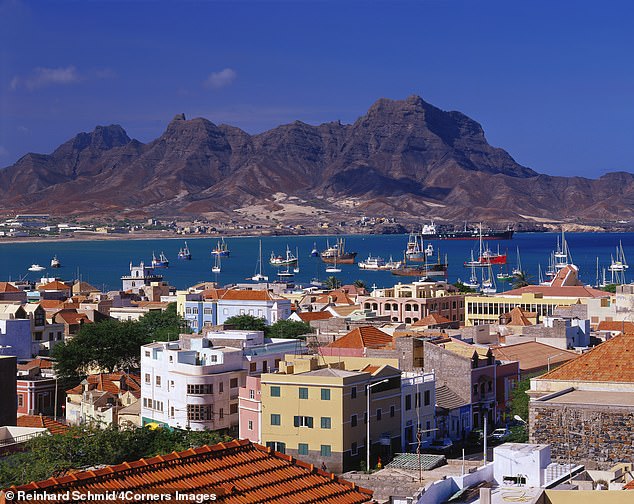 46 tourists say that their visits to Cape Verde were disrupted by an attack of gastroenteritis and are suing the travel company TUI.

The families’ vacations turned into a nightmare, according to the group’s attorneys, when they contracted stomach illness at two hotels on the island of Sal.

According to TUI, hotels on the resort, which is 388 miles off the west coast of Africa, undergo routine health and safety audits.

With their 15-year-old son Finn, Lesley and Grant Breed, both 53, of Sutton-in-Ashfield, Nottinghamshire, traveled to the African island on July 26. They stayed at the Melia Dunas Resort.

Especially after an eight-hour delay at the airport on the way out, Mrs. Breed added, “We couldn’t wait to get to the hotel.”

But things only got worse on our vacation. When I think back to the overcooked meat at the restaurant and the shoddy cleanliness, I’m not surprised that we all got sick.

I can recall calling housekeeping twice for necessities like toilet paper and water, but I ultimately had to walk to reception by myself. It’s understandable why the hotel is in such a bad shape if they can’t handle the fundamentals.

The 46 vacationers’ legal counsel, Irwin Mitchell, said that any prospective legal action will be brought against TUI, which handled the reservations for the Melia Dunas Resort and Sol Dunas hotels.

It was really alarming to learn about the reported ailments, said to Sarita Sharma, a lawyer with the international severe injury team.

Their long-awaited vacation, which they had been looking forward to, was destroyed when they developed a gastrointestinal disease.

“The symptoms that our customers have experienced shouldn’t ever be minimized since, in certain instances, they may lead to long-term health issues.”

We would be interested in speaking to anyone who may have been affected by illness at this hotel who might be able to help with our investigations. “It is also concerning that our clients were aware of many others who suffered with similar illness. We understand that the numbers affected are even higher.”

“We are sorry to hear about these incidents at the Sol Dunas and Melia Dunas Hotels,” a TUI representative stated. It would not be proper to speak more at this time since this is now a legal issue.

Customers may feel secure knowing that we constantly inspect all of our hotels for health and safety, including cleanliness.

A request for comment has been sent to Melia Hotels.