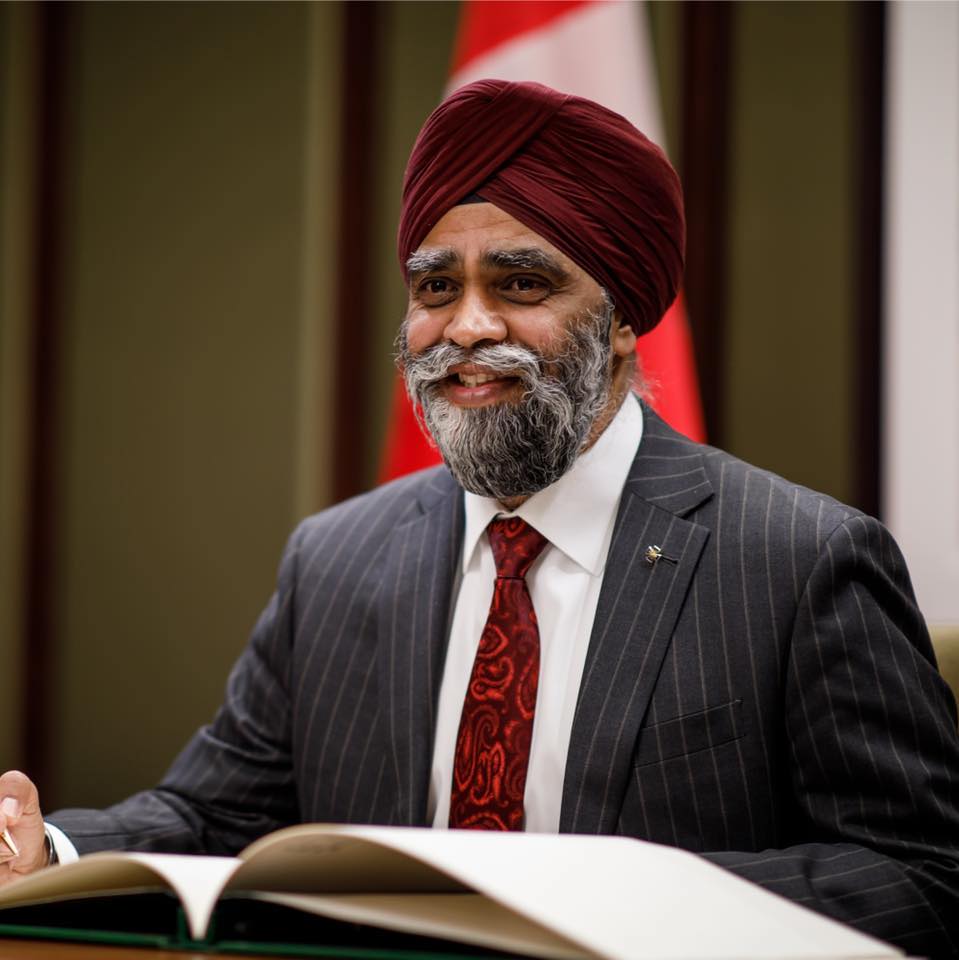 Sharing his experiences of his official visits to the UAE when he was Minister of National Defence from 2015 to 2021, Sajjan said His Highness Sheikh Mohamed was patient enough to answer all his questions on the Middle East security, and made the follow up action to give him access to different ministers who have very good insights on the regional issues.

In an exclusive interview with WAM in Abu Dhabi, he explained that “one thing in Canada we want to demonstrate is that we are not here to go and tell another nation what we should do. We need to ask advice from the nations that are in the region, and Sheikh Mohamed patiently gave us time, gave his advice to me [on Middle East security and conflict prevention].”

Now, in his current capacity that also holds the responsibility of the Pacific Economic Development Agency of Canada, Sajjan said he looks forward to “how we can work together.”

He was in Abu Dhabi last week and met His Highness Sheikh Mohamed, congratulated him on being elected as President of the UAE and offered condolences on the passing of Sheikh Khalifa bin Zayed Al Nahyan.

The minister said Canada-UAE cooperation in global food security and climate change is very important as the UAE will be hosting the 28th session of the Conference of the Parties (COP28) to the United Nations Framework Convention on Climate Change (UNFCCC) in Abu Dhabi in 2023.

“And more importantly, how to deal with the issues that actually prevent conflict as well. So, look forward to coming here within the region and seeking his [Sheikh Mohamed’s] guidance further.”

Sajjan said the Canada-UAE bilateral relations have achieved remarkable progress over the years and “it’s something that we need to continue.”

Multiculturalism and pluralism are two very important values that bring both countries together, the minister asserted.

He mentioned his own life as a living embodiment of Canada’s multiculturalism and pluralism. Sajjan was born in India and migrated to Canada with his family when he was five years old. He grew up in South Vancouver and benefitted from area’s diverse and culturally rich community. “You don’t see that everywhere in the world. The UAE has also allowed so many other people from different nations to live and work here, which demonstrates a message of pluralism.”

Sajjan emphasised that the concept of multiculturalism and pluralism are two very important values, the rest of the world, especially the developing world, hold very dear. “When you have nations that demonstrate how they look after people from all over the world, it builds credibility. So, I think there’s tremendous opportunity for Canada and the UAE on how we can work together for the developing nations, and vulnerable nations as well.”

“Let’s not forget there are 40,000 Canadians who also live in the UAE. So, there’s tremendous opportunity that we need to go even further on. And I look forward to exploring those opportunities.”

The minister is a former detective with the Vancouver Police Department, a former Lieutenant Colonel with the British Columbia Regiment. In his military career, he participated in four operational deployments – one to Bosnia and three to Afghanistan.