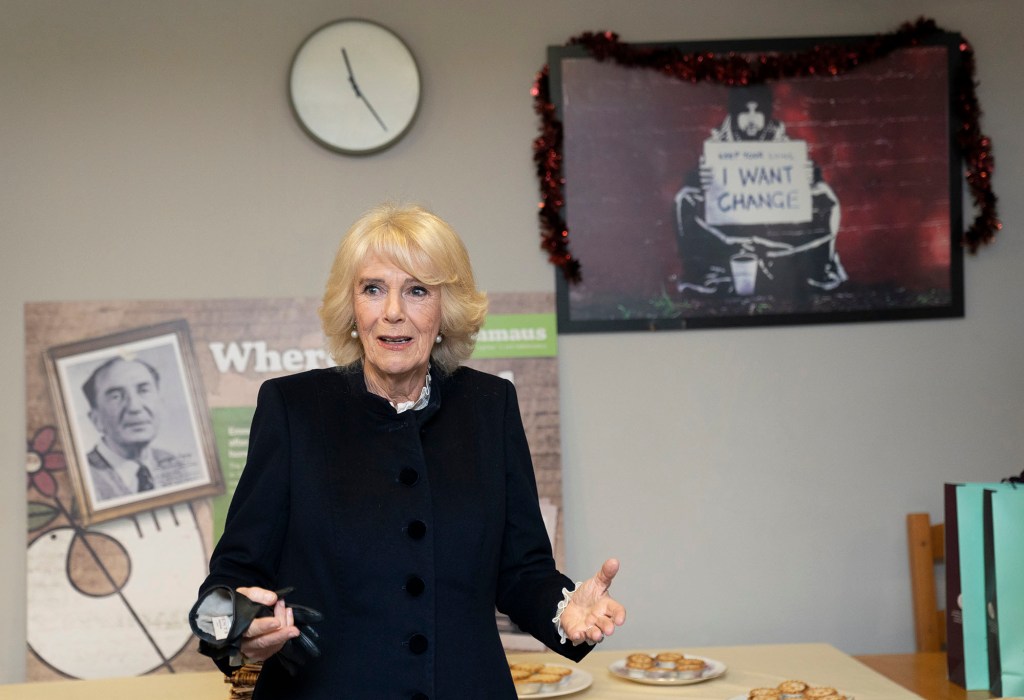 Friends of Camilla, the Queen Consort, have refuted her step-son Prince Harry’s “unfair” assertions in “Spare” that she leaked bad articles about him to the press as part of a publicity campaign to help her marry into the royal family, stating that “the last thing she could care about is being queen.”

Camilla, 75, married King Charles, 74, in 2005 after the public controversy of her affair with Prince Charles in the 1990s led to his terrible divorce from Harry’s mother, Princess Diana.

Harry, who avoided discussing his stepmother in his and Meghan Markle’s controversial Oprah interview and Netflix documentary series, accuses her in “Spare” of being a crafty schemer who “sacrificed” him to the “PR altar” as part of a “campaign aimed at marriage [to Charles] and ultimately the crown.”

However, the source for The Daily Beast sneered at Harry’s portrayal.

“Being queen is literally the last thing she could care about. “It’s ridiculous, and anyone who knows her knows it’s ridiculous,” they stated.

All she ever desired was to provide for the man she cherished.

According to a second source close to the royal family, Harry’s attacks on Camilla would undoubtedly alter his relationship with his father.

“It is profoundly unfair to drag Camilla into it,” claimed the insider, adding that Charles is “betrayed, bewildered, and enraged” by his son’s words.

In October of last year, a palace insider warned a media outlet that Charles would not tolerate Harry’s nasty statements about Camilla. The comments of both individuals verified those forecasts.

“It is one thing for Harry to attack Charles, he can take it, but if Harry forces him to choose by attacking Camilla in his book, I have no doubt he will choose Camilla,” a source said, noting that the new king is “extremely protective” of his second wife.

The prince from Montecito also stated in his autobiography that he and his brother, Prince William, implored their father not to marry “the Other Woman” prior to backing his choice to proceed with the marriage.

In a 60 Minutes interview with Anderson Cooper, Harry, 38, portrayed Camilla as a “dangerous” person preoccupied with “the need for her to rehabilitate her image.”

“If you are led to believe…that being on the front page and having positive headlines and stories written about you will improve your reputation or increase the likelihood that the British public will accept you as monarch, then you will act accordingly,” he continued.

In March 2020, Prince Harry and Meghan Markle made one of their final public appearances as working royals.

Harry pulled back his words in an interview with Good Morning America’s Michael Strahan, perhaps recognizing that his outburst against his stepmother had jeopardized his tenuous links to the royal family.

“We understood that she, like everyone else, had been caught in the riptide of events,” he stated, stressing that he has “compassion” for the Queen Consort and does not consider her a “evil stepmother.”

As a result of his bombshell remarks, however, royal confidants doubt that Harry will be able to rejoin the group. King Charles will invite Harry and Meghan to his coronation in May, according to a story in the Independent this week, but “it would be very difficult for Harry and Meghan to attend given what has been said in interviews and the book.”

“The family anticipates that Harry and Meghan will find an excuse not to attend,” the source stated.

Prince William and Kate Middleton, now the Prince and Princess of Wales, presented an unified front at the opening of the Royal Liverpool Hospital on Thursday, while King Charles was all smiles while wearing a kilt at the Mid-Dee Community Shed in Aboyne, Scotland.