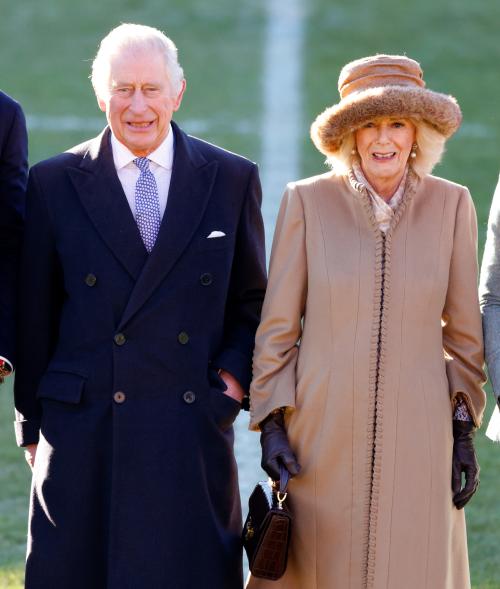 Prince Harry expressed his disgust for his stepmother during a Sunday interview with “60 Minutes.”

The Duke of Sussex referred to Camilla as the “villain” in his parents’ relationship, echoing his mother’s description of Camilla as the “third person in their marriage.”

While Camilla and Charles, 74, waited nearly a decade after his divorce to wed, they carried on a long-term affair while they were both married to others.

Due of the affair, Princess Diana famously described her marriage to Prince Charles as “a bit crowded.”

Prince Harry referred to Camilla, Duchess of Cornwall, as a “villain” whose need to “rehabilitate her image” was “dangerous.”

Harry said in his autobiography “Spare” that he wished Camilla “happiness” because he believed it would make her “less dangerous.”

The disloyal royal claimed to Anderson Cooper that Camilla’s attempt to alter the public’s opinion of her posed a threat “due to the connections she was forging within the British press.”

King Charles wed Camilla in 2005, but the couple had an affair for years while both were married.

He continued, “And there was an open willingness to exchange information on both sides.” And with a family based on hierarchy and her on the path to become Queen consort, there would be individuals or bodies left on the street as a result.”

Camilla’s reputation was tarnished by her affair with King Charles, which included the exposure of a highly awkward conversation concerning tampons, for many years. She was referred to as a “home-wrecker” and compared negatively to Princess Diana, who passed away in August 1997.

Camilla’s presence made Diana’s marriage to Charles “a little crowded,” according to Diana.

The monarch even employed royal assistant Marc Bolland, whose primary responsibility was to improve the public’s opinion of Camilla.

In his book, which will be released on Tuesday, December 10, Harry said that he and his brother, Prince William, encouraged their father not to marry the now-queen consort.

Harry stated that his family did not believe that his father’s second marriage was required. “We believed it would create more harm than good, and that if he was now with his person, that would be sufficient. Why go so far if it’s not absolutely necessary?

The royal siblings agreed to the wedding in the end because they “wanted him to be happy and saw how happy he was with her.”

Camilla stated in February that she was “honored” that Queen Elizabeth II wanted her to hold the title of queen consort.

»Camilla’s need to ‘rehabilitate her image’ was ‘destructive,’ according Prince Harry«