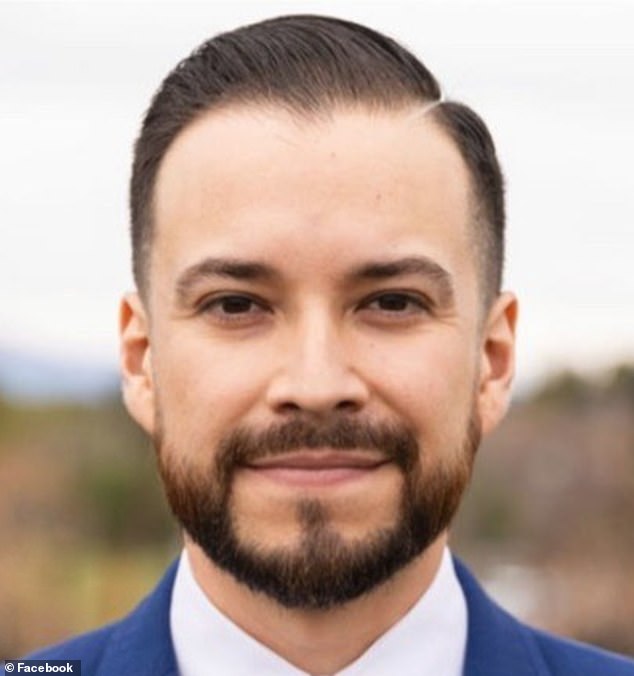 According to his friends and family, the deadly fall of a California public defender from the fourth floor of a resort hotel on the Pacific coast of Mexico was no accident.

Elliot Blair, 33, was enjoying his first wedding anniversary with his wife approximately 20 miles south of the U.S. border early Saturday morning when he fell to his death.

Initially, it was believed that Blair was involved in a ‘crime,’ however Mexican authorities have stated that the fall was accidental and minor local news outlets have claimed that he had been drinking.

According to a GoFundMe page created by his family, he was “murdered” and “the victim of a brutal crime.”

The website stated, “We wish we could provide everyone with more information, but authorities in Mexico have disclosed very little.”

Public defender Elliot Blair, 33, was celebrating his first wedding anniversary with his wife early Saturday morning when he inexplicably plummeted to his death.

Mexican authorities said he fell from the fourth floor of Hotel Las Rocas, despite conflicting accounts of his fall.

Blair fell from the balcony of the Hotel Las Rocas in Rosarito, just south of Tijuana and near the Tijuana-Ensenada highway, at approximately 1.15 a.m. on January 14.

Blair worked for the Orange County Public Defender’s office as a public defender. In January 2022, he and his wife Kim, who is also a public defender, celebrated one year of marriage in California.

The local news source Patrulla 646 Código Rojo stated that hotel personnel notified authorities of the accident and that when police came, Blair was face down and unconscious. According to reports, when paramedics came, he was already deceased.

Staff from the state attorney general’s office were responsible for the body’s removal and investigation.

Rosarito en la Noticia, a Facebook page devoted to disseminating news from the Rosarito region, provided an account of the incident and stated that local officials were withholding details, citing a story from the Californian daily The Orange County Register.

The OC Register appears to have carried the first claim that Blair was murdered on Saturday afternoon. Martin Schwarz, Orange County’s public defender, was interviewed by reporters on the unsourced claim.

Schwarz told the newspaper, ‘We have been in contact with the family and are doing everything we can to support them during this difficult time, including working with local and federal authorities to provide them with answers.’

In January 2022, he and his bride Kim (both pictured) were married in California.

On January 14 at approximately 1:15 a.m., officials were told that Blair had fallen from the balcony of the Hotel Las Rocas in Rosarito, just south of Tijuana.

The author of the Rosarito en la Noticia blog article stated, “In Rosarito, the information was withheld.”

They wrote in Spanish, “A hotel employee reported the unfortunate event to the authorities, who took it upon themselves to conceal information.”

As of Sunday night, the GoFundMe campaign had garnered more than $70,000; one anonymous donor contributed $4,000. According to the page, the funds will be used to assist his grieving widow with bureaucracy and the return of his body to the United States.

On the website, Blair’s family and colleagues implicitly dispute the notion that he fell accidently and have engaged attorney David Craig Scarsone, who did not reply to a request for comment immediately.

He was a victim of a heinous act. His family is working with U.S. officials to obtain additional information,’ stated the GoFundMe statement, which also made reference to his exemplary character.

Since 2017, Elliott and Kim have been committed Public Defenders in Orange County, California. Elliot was a kind attorney who devoted his life to assisting the poor. Elliot was recognized as a patient and kind advocate, according to the statement.