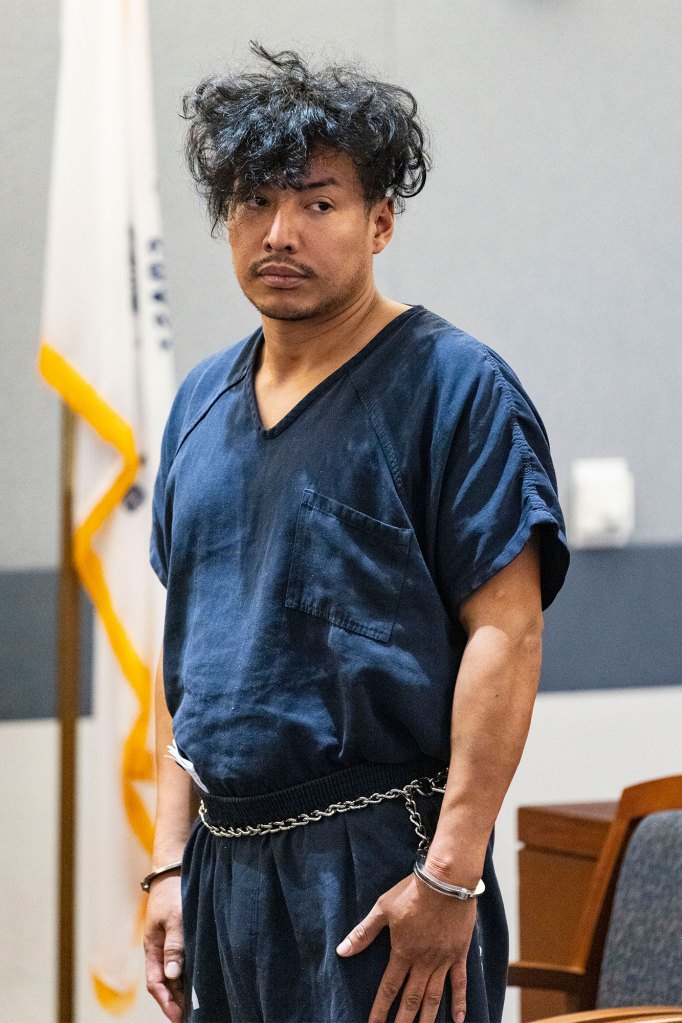 The Post has reported that the knife-wielding lunatic suspected of fatally slashing two people on the Las Vegas Strip, including a showgirl, was deemed mentally incompetent to stand trial.

According to court documents, a Las Vegas judge ordered on Friday that Yoni Barrios, 32, must remain in a state psychiatric institution until a court-appointed psychiatrist can assess if he is mentally fit to stand trial.

In the October 6 mindless daylight attack, Barrios was charged with two charges of open murder with a deadly weapon and six counts of attempted murder.

Barrios, according to the Las Vegas Metropolitan Police, stabbed Maris Digiovanni and Brent Hallet in the heart with a kitchen knife near the Wynn hotel.

Yoni Barrios arrives in court on October 11, 2022 in Las Vegas at the Regional Justice Center.

According to a police report obtained by The Post, Barrios sought employment at the Wynn. U.S. Immigration and Customs Enforcement (ICE) acknowledged that Barrios, a citizen of Guatemala, was unlawfully present in the country.

A Las Vegas showgirl was brought to the hospital after being attacked by Yoni Barrios.
Pierre Fandrich

Barrios allegedly told a Wynn security guard that he planned to sell the knives in his possession so that he could collect funds to return to his home country.

According to the police complaint, the guard ordered him to “jump in front of a train.”

The irate Barrios then approached the showgirls and subsequently said to police that they laughed at his outfit.

“Barrios stated that he grew enraged, stabbed one of the ladies [Digiovanni] in the chest, and then began attacking the other women in the group as they fled,” according to the police report.

“Barrios began jogging and searching for gatherings of people so he could “take out his wrath.””

Criminal proceedings will commence if the judge deems that Barrios is competent.

Before deciding to move to Las Vegas, Barrios had been living on the streets in Los Angeles. A friend of Barrios revealed to The Post that the 32-year-old was a former dancer who preyed on men and women who had love intentions towards him.