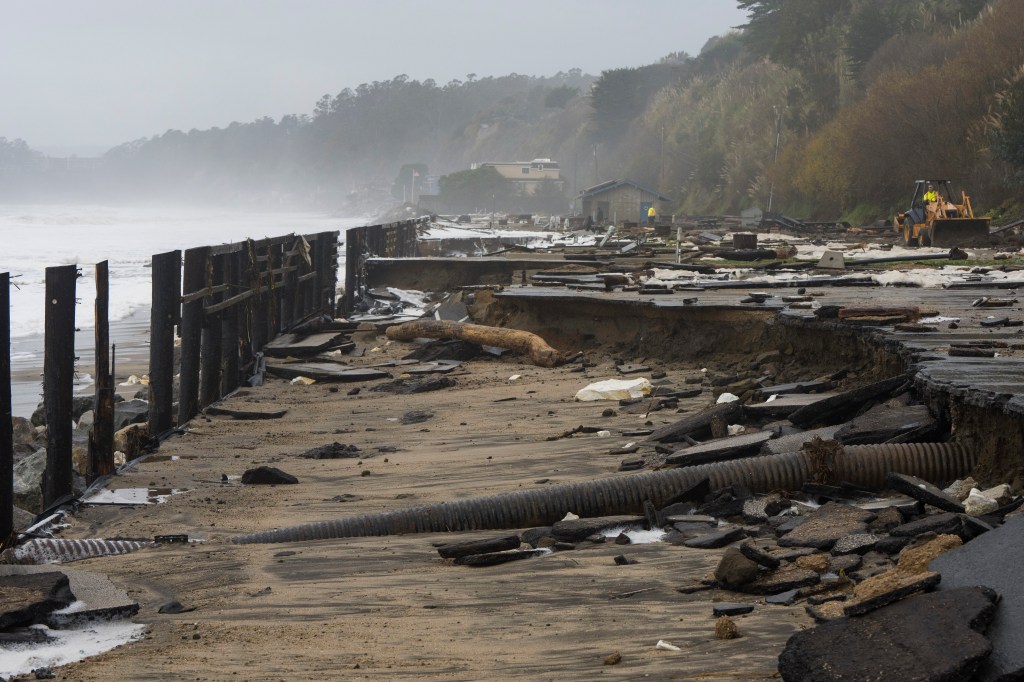 Rain swept into the northern half of the state and the San Francisco Bay area, anticipating a series of intense oncoming Pacific storms and boosting the possibility of road flooding, swelling rivers, and mudslides on soils already saturated following days of rain.

Over the next week, the National Weather Service predicts a “relentless parade of atmospheric rivers” that will bring heavy rain and mountain snow. Atmospheric river storms are extended plumes of moisture that extend into the Pacific and can drop massive amounts of rain and snow.

The agency’s Sacramento office tweeted early Sunday that “strong winds with gusts up to 60 mph” were causing “numerous trees and power lines down with power outages” in the Sacramento Valley.

By 6 a.m. EST, about 549,000 subscribers in and around the state capital had lost power. According to the website poweroutage.us.

The downpour follows days of rain in California from Pacific storms. Recent weather systems have knocked out electricity to thousands of people, flooded streets, pounded the shore, and killed at least six people.

The first of the stronger storms was forecast to arrive Monday, and the meteorological service issued a flood warning for a vast expanse of Northern and Central California, with 6 to 12 inches of rain expected in the Sacramento-area foothills through Wednesday.

Light rain was projected for the Los Angeles area throughout the weekend, with stormy conditions expected to resume Monday, with up to 8 inches of rain possible in the foothills. The National Weather Service predicted high surf through Tuesday, with huge waves on west-facing beaches.

According to the National Weather Service, San Francisco has received more than 10 inches of rain since December 26, while Mammoth Mountain, a famous ski destination in the Eastern Sierra, has received about 10 feet of snow.

The storms will not be enough to end California’s chronic drought, but they have made a difference.

State climatologist Michael Anderson said during a press conference late Saturday that officials were keeping a careful eye on Monday’s impending storm and another behind it, as well as three other systems farther out in the Pacific.