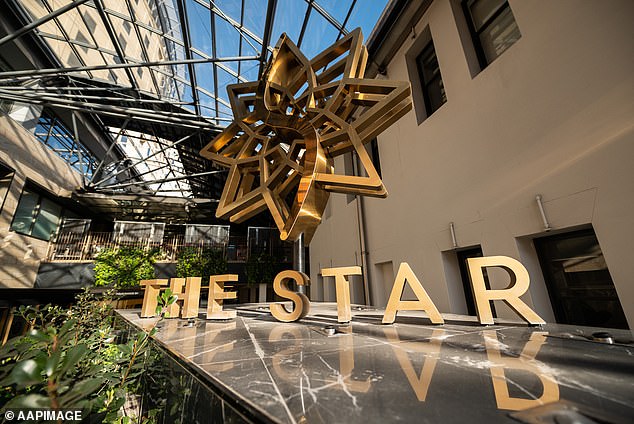 The court has been told that a guest at a five-star hotel in Sydney heard a woman in another room repeatedly yell “stop stop stop” during an hour-long physical attack and rape.

Joel Nathan Fitzpatrick Burtt, 20, from Byron Bay is accused of assaulting the woman in a room at The Star Grand at the city’s casino on Saturday night.

Between 8 p.m. and 9 p.m., police say he choked her, damaged her face, and sexually attacked her.

Tuesday, a magistrate was told that a witness heard a woman say “stop stop stop” many times, followed by additional “thuds” and then stillness.

According to a police synopsis of the claims, the witness then recalled hearing another woman say, “see what you’ve done to her face.”

The court was informed that blood was found on the sheets and a request for an ice bucket was consistent with an alleged attempt to reduce the woman’s edema.

On Monday, Fitzpatrick Burtt surrendered to police and was charged with three crimes, including aggravated sexual assault.

Magistrate Robert Williams denied release on Tuesday due to fears that he presented a threat to the woman, would fail to appear at future court dates, and would commit significant crimes if granted bail.

The defendant was required to abstain from drinking during his nine-month rigorous correctional sentence for driving under the influence of alcohol.

On Saturday, before to the alleged rape, he consumed alcohol, according to the allegations.

Noting that hospital and hotel room test results were not yet available, Mr. Williams stated that the police evidence appeared reasonably strong that Fitzpatrick Burtt had committed a “severe sexual assault including choking” over a period of time.

The magistrate stated, “There appears to have been an opportunity to stop and some promises were made regarding the victim’s ability to call for help, which do not appear to have been honored by the defendant.”

He stated that promises of a surety and the possibility of home arrest were insufficient to assuage bail worries.

Fitzpatrick Burtt arrived in detention via video link, stared to the ceiling, and then appeared to cry as he placed his head in his handcuffs.

He was remanded until his next court appearance on January 12, causing him to spend his 21st birthday behind bars.