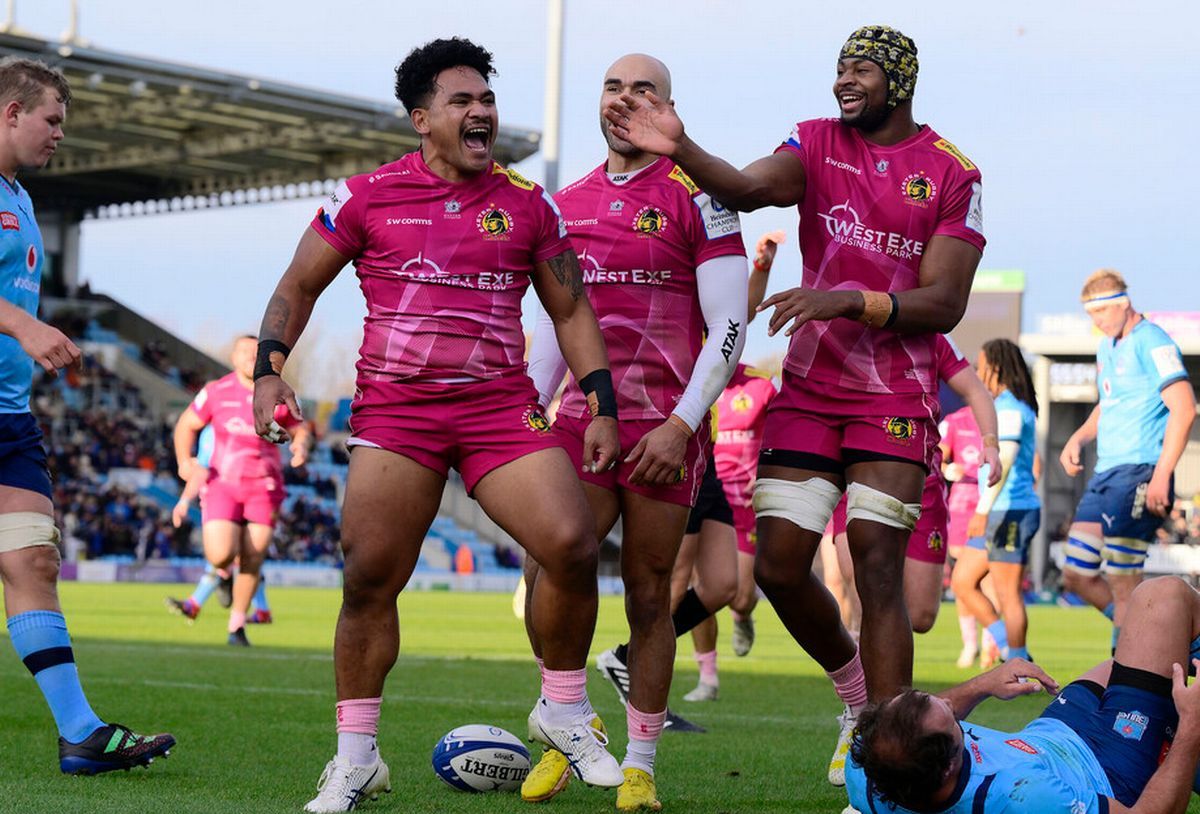 Here is all you need to know before Saturday’s European Champions Cup showdown in Pretoria between the Bulls and Exeter Chiefs.

Young lock Reinhardt Ludwig has made 22 tackles below the waist, accounting for 85 percent of his total. Nevertheless, only two of his tackles have been outstanding.

— The Vodacom Bulls’ 39 percent rate of gainline success is the lowest in the tournament thus far.

— They have won 97.8 percent of their rucks, losing only three so far.

Not only was Luke Cowan-hat-trick Dickie’s in round two the first of the season, but it was also the first hat-trick scored in the competition since round four of last season.

— Dave Ewers has had the most dominant carries in the competition thus far (14), accounting for 42 percent of his total carries.

— So far in the competition, Exeter has had the most reset scrums (seven) and has conceded two penalties on their own feed.