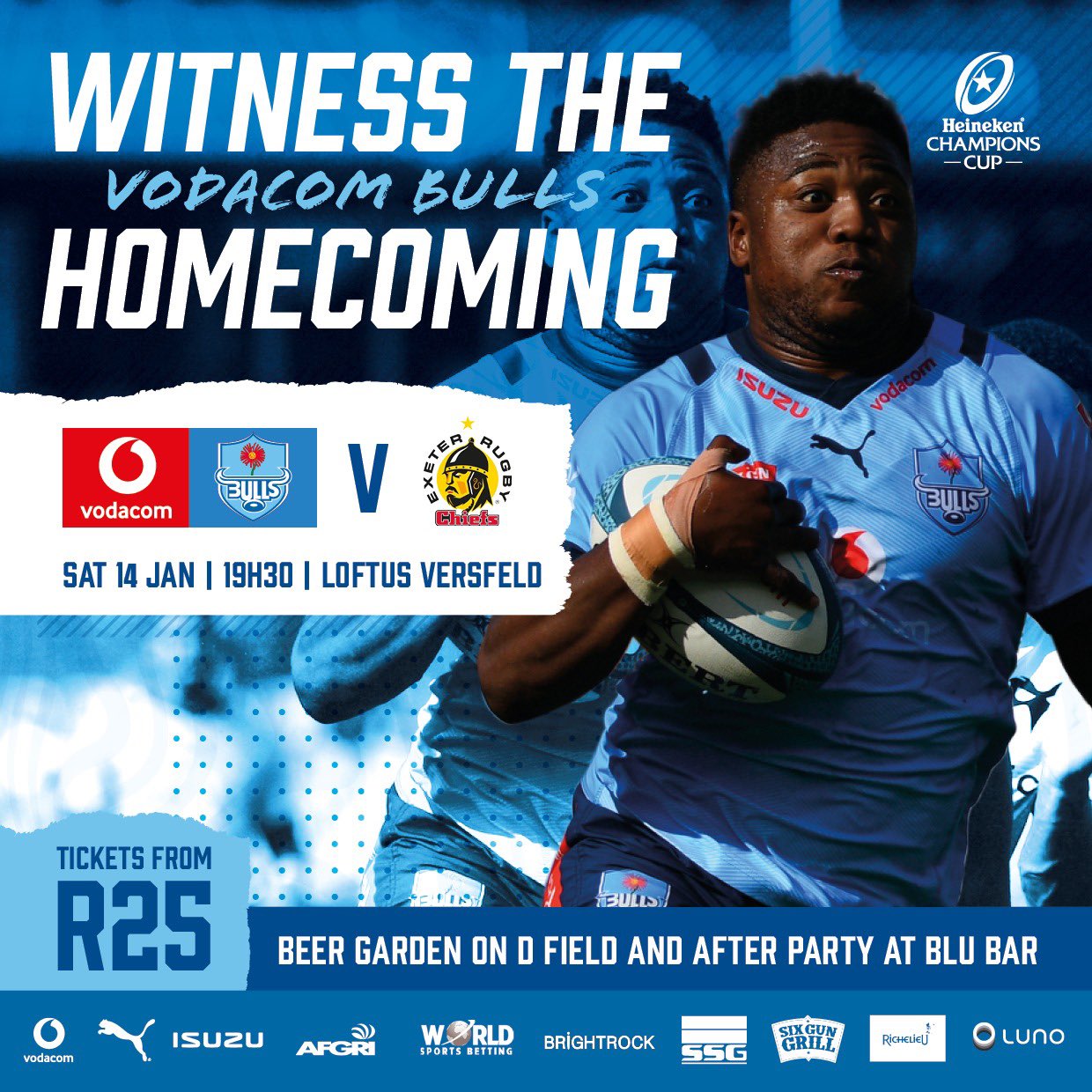 Jake White has made one alteration to the Bulls’ starting eleven for their European Champions Cup fixture against the Exeter Chiefs at Loftus on Saturday.

The Bulls have chosen a dangerous lineup to face the Exeter Chiefs in Pretoria in the third round of the championship. Both teams will be vying for a position in the knockout phase.

Last week’s United Rugby Championship match in Newport between the Bulls and the Dragons resulted in a 29-14 victory for the Bulls. With the exception of one player change, the Bulls’ management has maintained the same lineup.

Nizaam Carr has replaced Cyle Brink as the starting blindside flank for the Bulls. Brink has been omitted from the match day squad.

Ruan Nortje will lead a formidable Bulls forwards pack that includes Gerard Steenekamp, Johann Grobbelaar, and Mornay Smith, with Ruan Vermaak lining up opposite his skipper in the second row. Carr is located in the back row with Marco van Staden and Elrigid Louw.

Zak Burger and Chris Smith remain the favoured halfback-axis, while David Kriel (left) and Canan Moodie (right) start at wing, and Harold Vorster and Wandisile Simelane continue to develop as a centre couple. Again, Kurt-Lee Arendse is playing fullback for the Bulls.

The Bulls’ bench include experienced players such as Bismarck Du Plessis, Dylan Smith, Johan Goosen, Lionel Mapoe, and Embrose Papier, along with younger players like as Francois Klopper, Janko Swanepoel, and WJ Steenkamp.

European URC teams will compete in South Africa during the Six Nations.