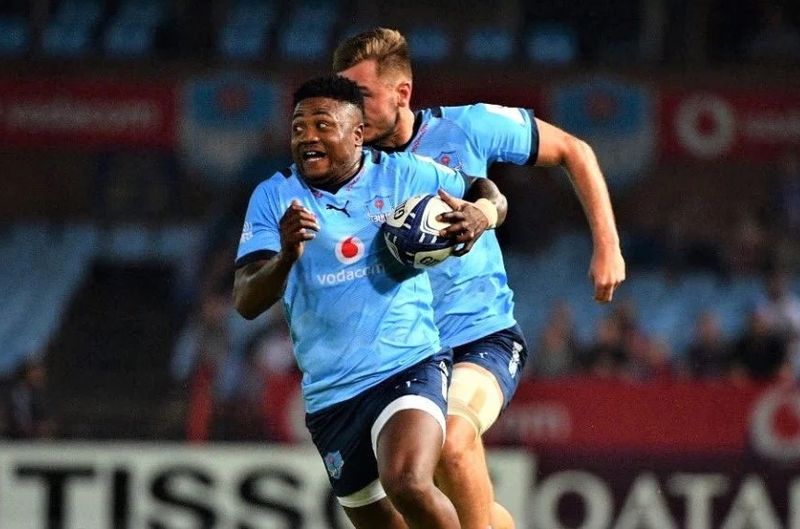 Chris Rossouw revealed why the Bulls will continue to deploy Wandisile Simelane as a utility back instead of an outside centre despite the player’s recent outstanding performances in the midfield.

Since joining the Bulls in 2022 from the Lions, Simelane has primarily played fullback and flank, but Jake White has recently been playing him in midfield, and Simelane has been a revelation there.

On Saturday, in the Champions Cup match between the Bulls and Exeter Chiefs, the 24-year-old was the star of the show with two tries to complement his tireless effort.

However, following the Bulls’ 39-28 victory over the Chiefs, interim coach Rossouw stated that Simelane is too adaptable to be regarded a true centre and will continue to be deployed around the backline in the future.

Additionally, the Bulls coach will soon be released from the hospital.

We gave Wandi his first start at center against the Dragons last week. “There wasn’t much wide play, and De did nothing wrong, but he didn’t make many contributions,” Rossouw remarked.

“We just thought he deserved another chance tonight [Saturday], and he took advantage of that chance. Nonetheless, adaptability is crucial for the Bulls.”

“Any top team must have at least one player who can play in three different positions.”

“He [Simelane] is still finding his footing, but Jake [White] has spoken with him about his future and career path as a centre, fullback, or flank, as well as where he needs to grow.

“He still hopes to play for the Boks, but he must demonstrate his versatility to do so.”

»Bulls do not view Simelane as an outside center specialist«