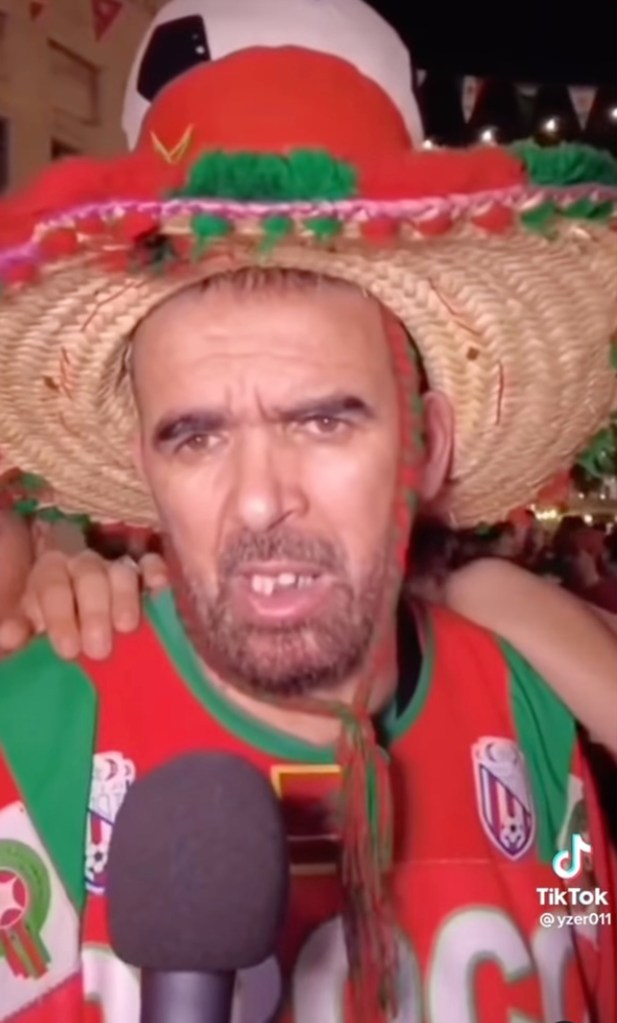 Morocco has given its fans numerous reasons to smile during the World Cup, and now one of the nation’s most renowned fans can smile with the best of them.

After being interviewed in Qatar at the beginning of the tournament, Mohammed Al Sharafi was viciously abused by online trolls for his terrible teeth.

In one of the more uplifting stories of the World Cup, though, a celebrity dentist has provided him with a new set of dentures.

Dr. Shadi Al Shaikh, a Jordanian physician, requested assistance from his one million followers in locating Al Sharafiso for a free treatment.

“As soon as I saw his photo, I decided to help him,” Dr. Al Shaikh told The National. “I did not appreciate how people picked on him due to his teeth. I met him in Qatar and offered him free medical care in my Dubai clinic.”

Al Sharafi and his son traveled to Dubai over the weekend on an all-expenses-paid trip, and the results were astounding.

Dr. Al Shaikh stated, “He was suffering from bone resorption in the upper jaw, resulting in the breakdown of bone tissues.” “This makes implanting new teeth difficult. His six-month treatment will need to begin with a bone implant.”

Dr. Al Shaikh uploaded an Instagram video of the Moroccan fan with his new teeth and captioned it, “For the bullies. This is only the beginning.”