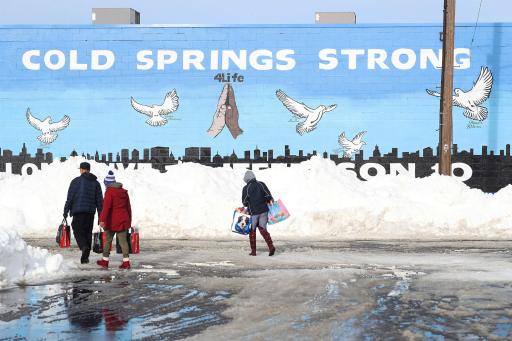 As police continue to look for those who perished or are trapped during last week’s one-in-a-generational blizzard that dumped around 40 inches of snow on the region, Buffalo’s storm-ravaged streets were reopened on Thursday.

The city’s driving prohibition would be lifted after midnight, according to a statement made by Mayor Byron Brown at a press conference late on Wednesday. Buffalo Niagara International Airport, motorways, and suburban roads have already reopened.

Erie County Executive Mark Poloncarz announced 37 fatalities in his jurisdiction on Wednesday as well, with 29 of those occurring just in the Buffalo area. In contrast, the blizzard of January 1977, the storm that served as the standard for all subsequent ones, was responsible for 23 fatalities in Western New York.

The National Guard kept knocking on doors to see if those who lost electricity were still there while local authorities worried about the likelihood of discovering additional bodies as the snow started to melt. To get around the icy city, police enforcement occasionally used the snowmobiles and trucks owned by the cops.

Cracks have started to show in the united front of the local political elite as the cleanup process gets under way. Poloncarz referred to Brown’s response to the storm as “embarrassing,” while Republican Erie County Sheriff John Garcia said that preparations there “definitely” might have been improved.

Brown, though, remained unbowed and stated that given the circumstances, the city “did everything that it could.”

Sadly, Buffalo’s terrible week might not even be ended yet. The area is preparing for probable floods when the snow melts because rain is predicted for the end of the week and temperatures are expected to rise as high as 50 degrees Fahrenheit.

Governor Kathy Hochul affirmed that the state was prepared with roughly 800,000 sandbags, more than 300 pumps, and generators, even if the National Weather Service only forecasts minor issues.

The governor posted on Twitter on Wednesday, saying, “We will continue to work closely with local partners to help towns recover.”

She continued, “We are working around the clock and won’t stop until the job is done to assist Western New York in recovering from this historic winter storm.”