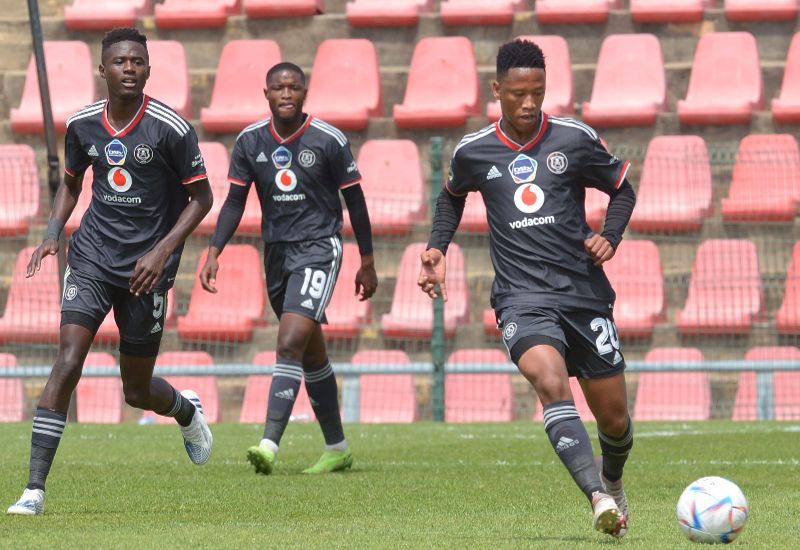 Saturday’s DStv Diski Challenge (DDC) match at Princess Magogo Stadium was the third victory of the season for Orlando Pirates Reserves, who held on for a 1-0 victory over Maritzburg United Reserves.

Without a victory in their previous three matches, the Bucs Reserves resumed their quest for consistency by traveling to the coast, where they faced a team that had just scored four goals against their rivals Richards Bay.

Ex-Bucs forward Andiswa Sithole had the first shot on goal for Team of Choice, but he missed the goal by a significant margin.

Mohau Nkota came close to scoring in the eighth minute from a set-piece scenario for the Pirates, but they did not have to wait long for the breakthrough, which came only two minutes later.

Midfielder Njabulo Mndebele was in the ideal position inside the penalty box to receive a low cross from Gomolemo Khoto, and he made no mistake in tapping the ball home to make it 1-0.

The Buccaneers, unsatisfied with their one-goal advantage, sought to extend it and nearly did so 15 minutes into the game when Relebohile Ratomo’s effort was saved following a swift counterattack.

Mohau Nkota forced a low save from the goalkeeper in the 25th minute with a powerful drive, and Mndebele came within inches of completing his brace on the half-hour mark, but his strike was fingertipped into safety.

Maritzburg was able to pose a danger late in the first half, containing the Pirates within their own territory without registering a chance on goal.

The second half was somewhat more subdued, with the Buccaneers content to maintain their lead and the Team of Choice struggling to find openings in the Buccaneers’ defense.

Pirates lost possession at the back in the 55th minute, prompting goalie Allesandro Du Plessis to make a desperation save, allowing the defense to scurry back and cope with the subsequent attempt on the rebound.

Three minutes before the final whistle, Mehluleli Maphumulo broke through the middle for the Bucs Reserves, but his chipped attempt on goal was easily handled by the goalkeeper.

The final score was 1-0, with Pirates claiming victory and rising to sixth place on the standings prior to Sunday’s DDC play.