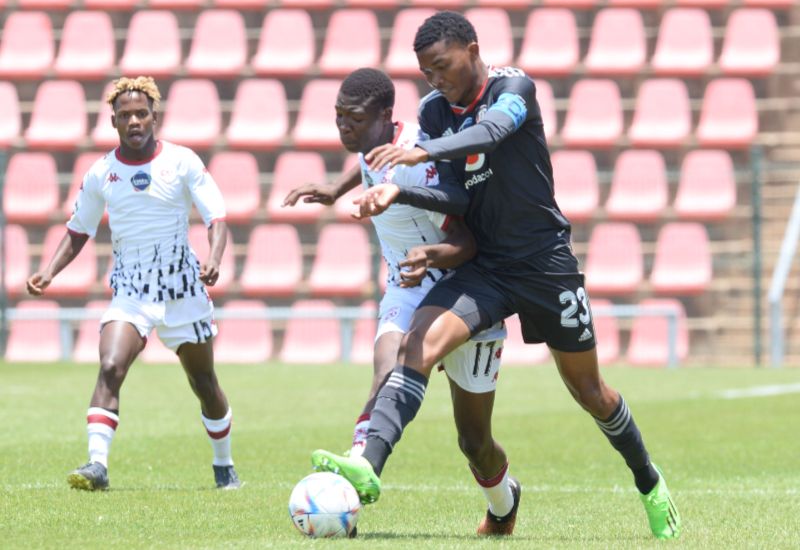 In the final round of matches before the FIFA break, the Soweto Giants were determined to end the year on a positive note and retain their recent fine form.

The young Babina Noko, who were described as the hosts on the day, had the better opportunities in the first half, while the Bucs Reserves were largely denied opportunities.

Sekhukhune should have taken the lead as early as the 22nd minute, when Bucs goalkeeper Allesandro Du Plessis was forced to make a spectacular save to thwart a deep, stinging shot.

The goalkeeper remained the busier of the two players between the posts as he commanded his area to preserve the game scoreless through the middle of the first half and again late in the first half when he palmed away an apparently goal-bound free-kick shot.

Njabulo Mndebele attempted a long-range effort for the Pirates on the stroke of halftime, but his attempt was blocked by the goalkeeper.

After the halftime break, the Soweto Giants resumed their winning trend.

Early in the second quarter, shots from Mndebele and Mohau Nkota missed the goal as the Buccaneers dominated play.

Two minutes after the hour mark, Relebohile Ratomo worked his magic on the left flank and found Nkota, who made no mistake from just inside the penalty area.

Eight minutes later, Mndebele had a chance to make it 2-0 when he attempted to score off a corner kick from a narrow angle, but the goalkeeper blocked his shot.

Sekhukhune was granted a penalty kick in the 77th minute. This was the next significant moment in the game.

That proved to be an opportunity for Du Plessis to conclude a stellar performance with another outstanding save, diving to his left to deny an outrageous penalty kick.

Pirates were forced to weather a late storm from the home team, who had greater possession as time expired but were unable to equalize.

Ratomo shot over the crossbar in a one-on-one scenario with the goalkeeper with one minute remaining in normal time, as a result of a late rush that nearly resulted in a two-goal advantage.

A minute into injury time, the Bucs’ playmaker made apologies by increasing the lead after making a brilliant run down the left side of the field and cutting inside before finishing from close range.