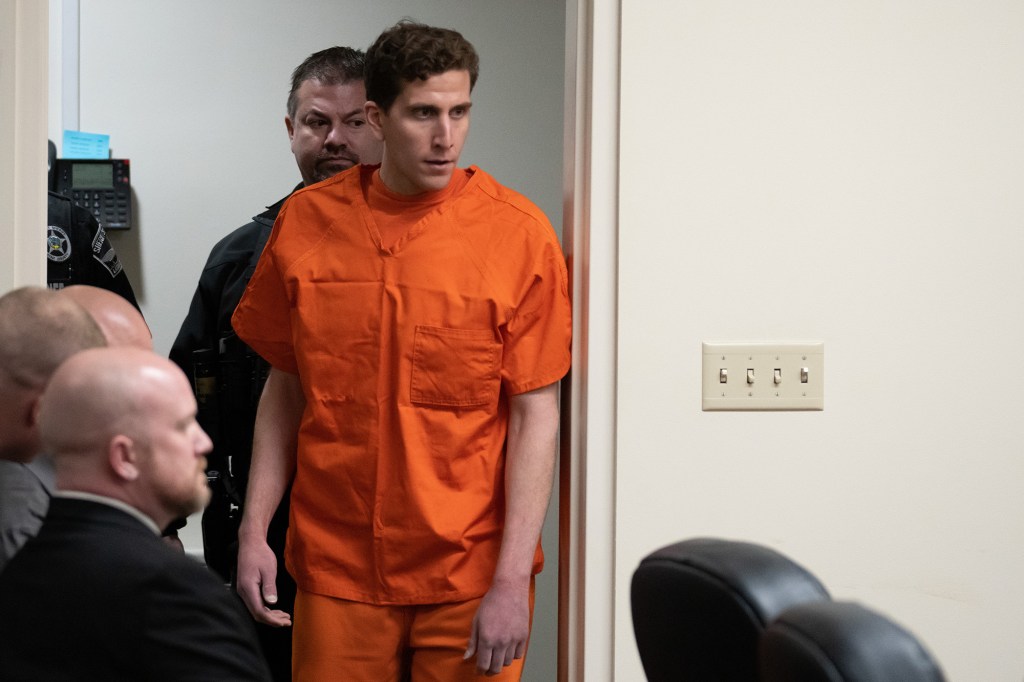 The source, who was briefed on observations made by detectives in the lead up to Kohberger’s arrest, told CNN under the condition of anonymity that the quadruple murder suspect “cleaned his car, inside and out, to the last inch.”

Kohberger, 28, was seen wearing gloves many times outside his parents’ home in Albrightsville, Pennsylvania, prior to his arrest on December 30, according to a network source.

The PhD student, who had been under observation for four days, was at one point observed leaving the residence about 4:00 a.m. and placing bags in the garbage cans of the neighbors, according to the source.

Agents retrieved things from the Kohbergers’ rubbish bins and the bags they observed him place in the neighBefore his arrest, Bryan Kohberger painstakingly cleaned his vehicle.

CNN was told by a law enforcement source that, while under observation, Bryan Kohberger cleansed his car, wore surgical gloves, and tossed trash into his neighbors’ bins.

According to the source, a Pennsylvania State Police SWAT unit conducted a “dynamic entry” on December 30 by shattering the door and windows.

Kohberger, a Washington State University PhD student in criminal justice, is charged with first-degree murder and burglary in the murders of Kaylee Goncalves, 21, Madison Mogen, 21, Xana Kernodle, 20, and Ethan Chapin, 20.

The four University of Idaho students were discovered stabbed to death in their off-campus Moscow, Idaho house on November 13.

Thursday was Kohberger’s first court appearance in Idaho after he was booked into the Latah County Jail after his extradition from Pennsylvania.

The 19-page probable cause affidavit that convinced a judge to issue his arrest warrant has been made public by the authorities.

Before Kohberger’s arrest, the paper shed light on a seven-week investigation by Moscow, Idaho police and the FBI that many believed to be dead.

»Bryan Kohberger painstakingly cleaned his car before being arrested: read the report«